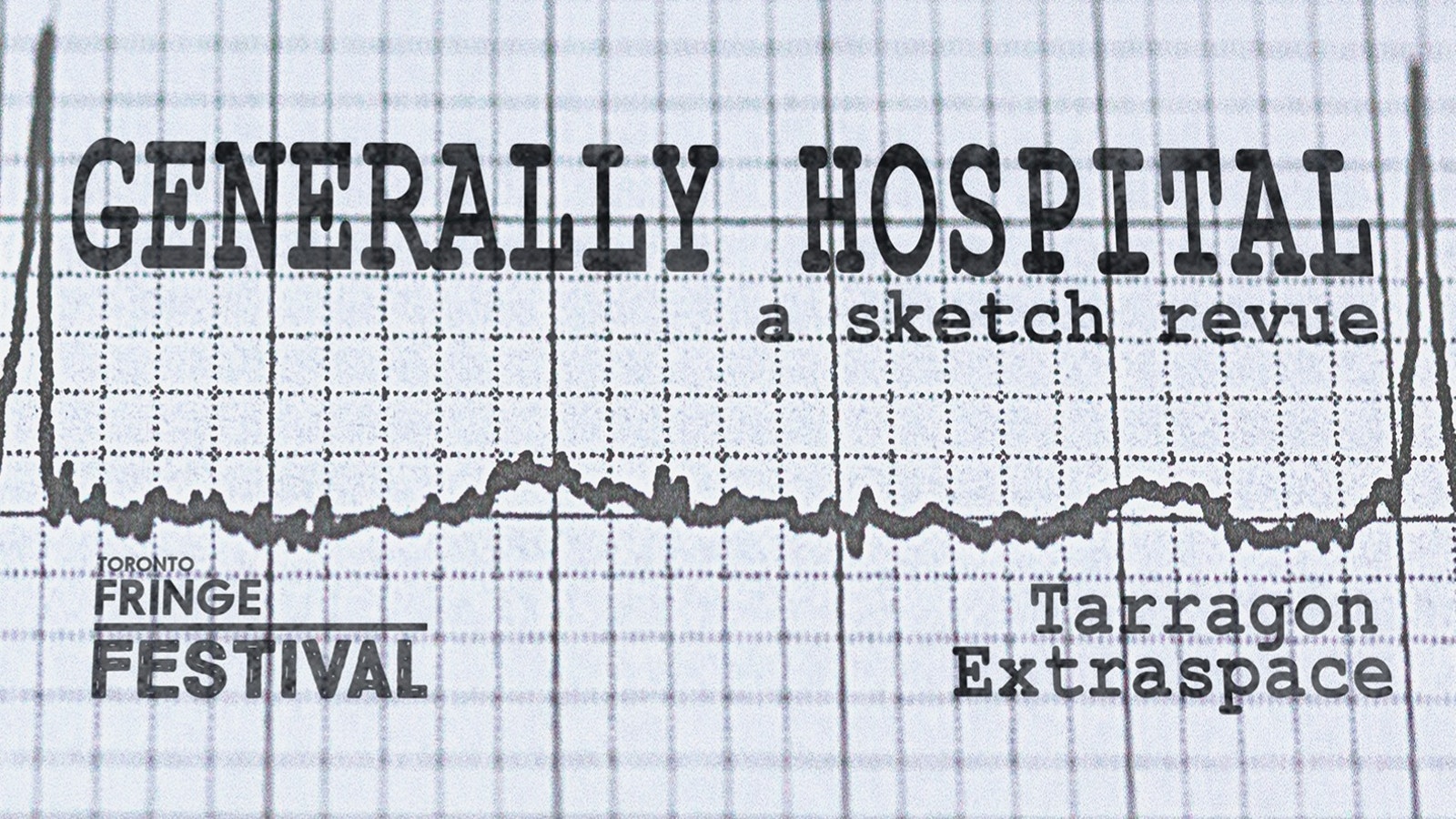 Generally Hospital (A)
Proving that humour can be found even in the most serious of places, Generally Hospital is a themed sketch comedy revue on the subject of hospitals. A set of exceptionally funny sketches are artfully brought together by director Leigh Cameron to create a must-see show. Every member of the five-person cast is fabulous, and I loved the diversity of the troupe, which includes queer and differently abled members. Standouts for me were Ophira Calof, whose perky demeanor makes her instantly likable, and Alia Rasul, who delivers some of the show’s biggest one-liners and somehow manages to keep a straight face when the audience erupts into laughter. Part of what makes Generally Hospital so hilarious is that the humour is relatable. Most of us aren’t medical professionals, but we’ve experienced hospital waiting rooms, the dreaded MRI machine, and the experience of starting a new and intimidating job (although thankfully not on the night of the purge). The sketches are never heavy-handed, yet manage to highlight issues within the healthcare system, such as the struggle to receive comprehensive care when you have a disability, in a light-hearted yet pointed way. There’s sometimes a tendency in comedy to stretch a joke out, but Generally Hospital is perfectly timed. Some sketches are short and sweet, lasting less than a minute but delivering laughs all the same, while others are longer but never drag. This is one show I didn’t want to end! Standout sketches include doctors comparing notes on unique pain scales they’re trying out, a surprisingly sweet song about herpes, and the mechanics of having sex in a wheelchair. The performance I attended had the sold-out audience roaring with laughter and leaping to their feet at the end for a standing ovation. I’m confident that it will have you doing the same.

The ABCs of Love with Adult Baby Cupid (B)
A late addition to this year’s Fringe Festival, The ABCs of Love with Adult Baby Cupid is an off-kilter, entertaining variety show about love and relationships in the post #MeToo world.  Affecting a babyish lisp (think The Impressive Clergyman in The Princess Bride), Adam Bailey goes all in as Adult Baby Cupid. He’s pretty much what you’d expect from the name, a grown man wearing nothing but an adult diaper, a blonde wig, and a pair of wings. Accompanied by his long-time assistant (Kristen Mueller-Heaslip, playing herself), Cupid’s romantic advice show travels from coast to coast, sparking protests wherever it goes. Lamenting the good ol’ days when letters seeking romantic advice were straightforward, Cupid notes that “now most of the questions are about situational ethics”, with the most common question being, “like dude, is it even safe to talk to a woman anymore?” The material is timely and the take on it surprisingly astute as Cupid and Kristin arrive at the conclusion that maybe women are better equipped to answer questions about love and relationships themselves. Opera-trained Heaslip plays the straight man to Bailey’s clownish character, and sets the scene nicely before the show begins by singing classical versions of romantic songs in a sweet soprano. The advice given throughout the show is actually pretty good, as Cupid and Kristen discuss topics that include informing your partner of your kinks, and the idea of enthusiastic consent. The ABCs of Love with Adult Baby Cupid isn’t as humourous as I expected it to be, but what it lacks in laughs, it makes up for with insightful commentary on love, consent, and relationships in the post #MeToo era.

Tomatoes Tried to Kill Me, But Banjos Saved My Life (B)
Keith Alessi’s well-structured one-man show about following your passion is honestly delivered with a certain folksy charm I didn’t expect to find in a former top executive. Alessi is candid about his experiences and emotions; childhood struggles with an embittered and abusive father, unfulfilling but successful career in business that granted him financial freedom, his cancer diagnosis, and finally his passion for the banjo. At times it veers a  little too close to sounding like a TEDTalk, but Alessi is engaging as he shares this inspirational and deeply personal story. A few short musical interludes demonstrate how far he’s come, from being an admirer and collector of the instrument to a capable player, but it’s the memoir that lies at the heart of the show. I suspect Alessi’s story, which draws on a certain nostalgia for the past, will be more warmly received by an older audience, but the compelling story and delivery kept this millennial interested.

Bring the Piano (B)
Through storytelling and short comedic songs, Randy Vancourt shares the remarkable experiences he’s had as a travelling musician in this enjoyable solo show. The well-structured show proceeds in roughly chronological order through Vancourt’s life, as he smoothly transitions between stories and songs. Vancourt is a gifted storyteller and I often enjoyed his humourous monologues, which include impersonating a stamp expert at a backyard BBQ in the Yukon and being trapped on the It’s A Small World ride at Disneyland with a boat full of children, more than the songs themselves. Thirteen of the similar-sounding songs strike a (mostly) cheerful tone with darkly comic lyrics, but the highlight of the show is a touching and reflective moment where Vancourt plays a version of a poem written by his late father, titled “Just A Common Soldier”, that he has set to music. Like Tomatoes Tried To Kill Me But Banjos Saved My Life, I had the very keen sense that I am not the target audience for this particular Fringe show. Boomers and older audiences will likely enjoy Vancourt’s old-time style and groan-worthy puns more than I did, but his engaging storytelling and skillful piano playing kept me invested in the show.

Under the Knife (C+)
Brandy Baker’s bleak drama about a lower class family just getting by takes on the US healthcare system, touching on poverty, addiction, homelessness, and illegal immigration, in the process. Under the Knife provides a depressing, and likely realistic, look at daily life for blue collar America… but that’s all it does. Perhaps it would be more effective in a different political climate, when I wasn’t numbed and exhausted  from being bombarded with increasingly upsetting news every day, but the play offers little in the way of commentary on the situation and tells us nothing about the failings of society towards its lower-tier that we don’t already know. The script is overlong, and heavy on exposition, although the dialogue feels authentic. To the playwright’s credit, I sympathised with characters whose social and political leanings are very different from my own, but I wish the characters had been developed beyond their tragic backstories. In the end, the cycle continues as the tragedy comes to its inevitable conclusion.