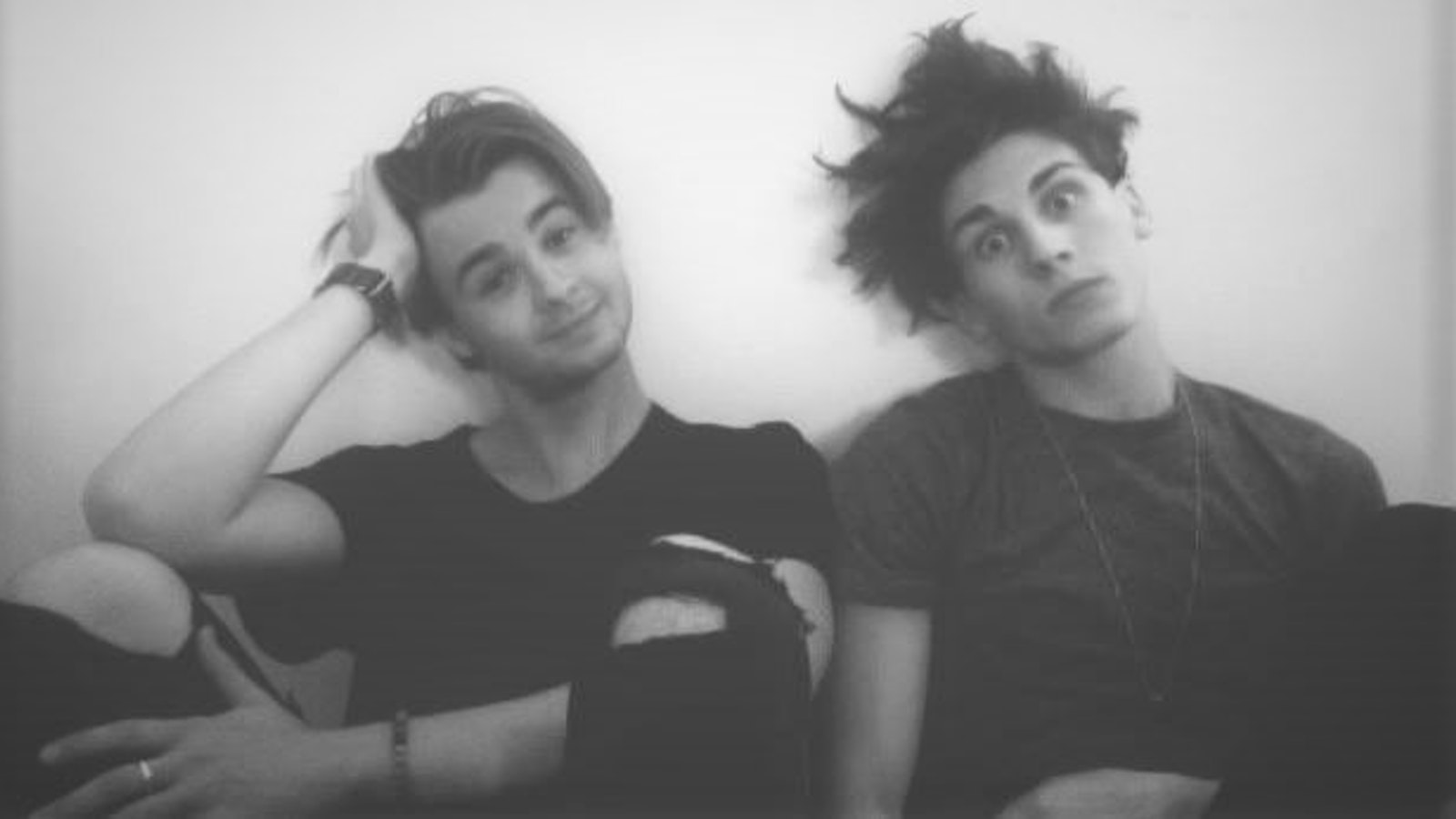 Life in a Box (A+)
I left this show 12 hours ago and I’m still smiling. An episodic adventure that works as both live theatre and a web series, Life in a Box is as fresh as it is fun with a concept and structure that could blow apart tired ideas about what theatre is and how far it can reach. Best friends Matthew Finlan and Landon Doak play cleverly named best friends Matt and Landon, twenty-something actors who spend most of their time smoking pot until a catastrophe forces them to build a time machine and save the world. The Fringe show is made up of two “episodes” (separated by a Craig’s Cookies ad!) and ends with a “to be continued” sign that hopefully indicates that Finlan and Doak have lots more episodes in mind. They’re both incredibly compelling performers with infectious energy and their fantastic chemistry grounds the show effortlessly. Finlan’s script is funny, well structured, and is refreshingly unafraid of earnest sentiment alongside its breezy absurdity but it’s Doak’s original songs that make the buddy musical really stand out. Fringe is always home to plenty of musicals but even the good ones usually come out sounding pretty samesy. Doak’s work stays in your head long after all those other melodies blend into an amorphous blob. The five songs in Life in a Box are deeply catchy with clever lyrics, pretty harmonies, and unexpected turns; it helps that both Doak (who also plays multiple instruments live) and Finlan have beautiful voices that blend perfectly. The songs are such show-stoppers that five doesn’t feel like enough but director Rebecca Ballarin bridges the long stretches between songs expertly, keeping the energy high and the physicality fun without pushing the bare-bones show over the top. It’s possible Life in a Box was conceived like a miniseries that will unfold over a set number of live performances but I’m hoping that Finlan and Doak recognize that the world they’ve built contains endless possible stories and that the series catches on to the point where it becomes an indie Toronto staple, to say nothing of the doors potentially opened by the web series component. I want to know what happens in episode 6 and episode 25 and episode 117; heaven help us if they make it to 420.

Alex Wood Quits Everything (A-)
Comedian Alex Wood’s delivery style is a little bit stiff and uninviting but his brutally vulnerable storytelling show hit me so square in the heart that he’s managed to reprogram my brain so that I burst into tears when “Party in the USA” comes on (seriously, it’s happened twice already). He has an incredible story to tell about completely remaking his life and he tells it with such honesty that you leave the room gut-punched.

Women of the Fur Trade (A-)
It annoys me a little bit that there wasn’t more pre-Fringe buzz around this New Play Contest-winning production that was written, directed, designed, and stage managed by a young Anishinaabe woman. Let me repeat that- Frances Koncan wrote, directed, designed, AND stage managed this production; put aside for a second the fact that hers is exactly the kind of voice we need to be amplifying, that’s just a badass feat of superhuman getting shit done. She’s also assembled a superb trio of performers (Joelle Peters, Haley Vincent, and Elizabeth Whitbread) who give voice to the forgotten women of Canadian history, or at least three examples of the many forgotten women of Canadian history. There isn’t much visual interest to Women of the Fur Trade as the action is mostly static onstage but Koncan’s script, vibrantly delivered, is funny and irreverent, using extreme anachronism to tell with great flair a thrilling story that’s almost always told as dryly as possible. It’s Louis Riel’s story that we’re hearing but these three women are our heroes and, though the tone of the piece is fairly light-hearted, I left the theatre in tears watching them process their hero’s tragic end and do what women throughout history have always done- just keep going. Koncan’s so cool; let’s talk about her some more please.

The Mating Game (B)
A sweet but overly simple look at the challenges of dating later in life, there’s nothing really wrong with this show but there’s nothing special or really necessary about it either. If I hear one more story about dating woes where the solution is simply “learn to love yourself”, I may scream.

The Ties that Bind and Gag (C-)
There isn’t much to recommend this family comedy about three generations on a road trip to a funeral. Rachel VanDuzer does a lovely job as a granddaughter fighting the good fight against the ingrained ignorances of older generations while firmly establishing a very sweet bond with the grandparents who sit beside her in the backseat of the car but she’s really the play’s one selling point. The car conceit makes the action completely immobile as the five main actors literally just sit in one place for the entire play. Jamie Johnson is wasted in a bafflingly unnecessary role as the only person not on the trip who calls in apparently just to say hi (why he’s in a towel is a detail I’d rather not attempt to understand). With the exception of VanDuzer and Johnson, the acting is all forced and exaggerated and the old age makeup makes everything just look silly. It’s a rich premise but the execution is fairly brutal.