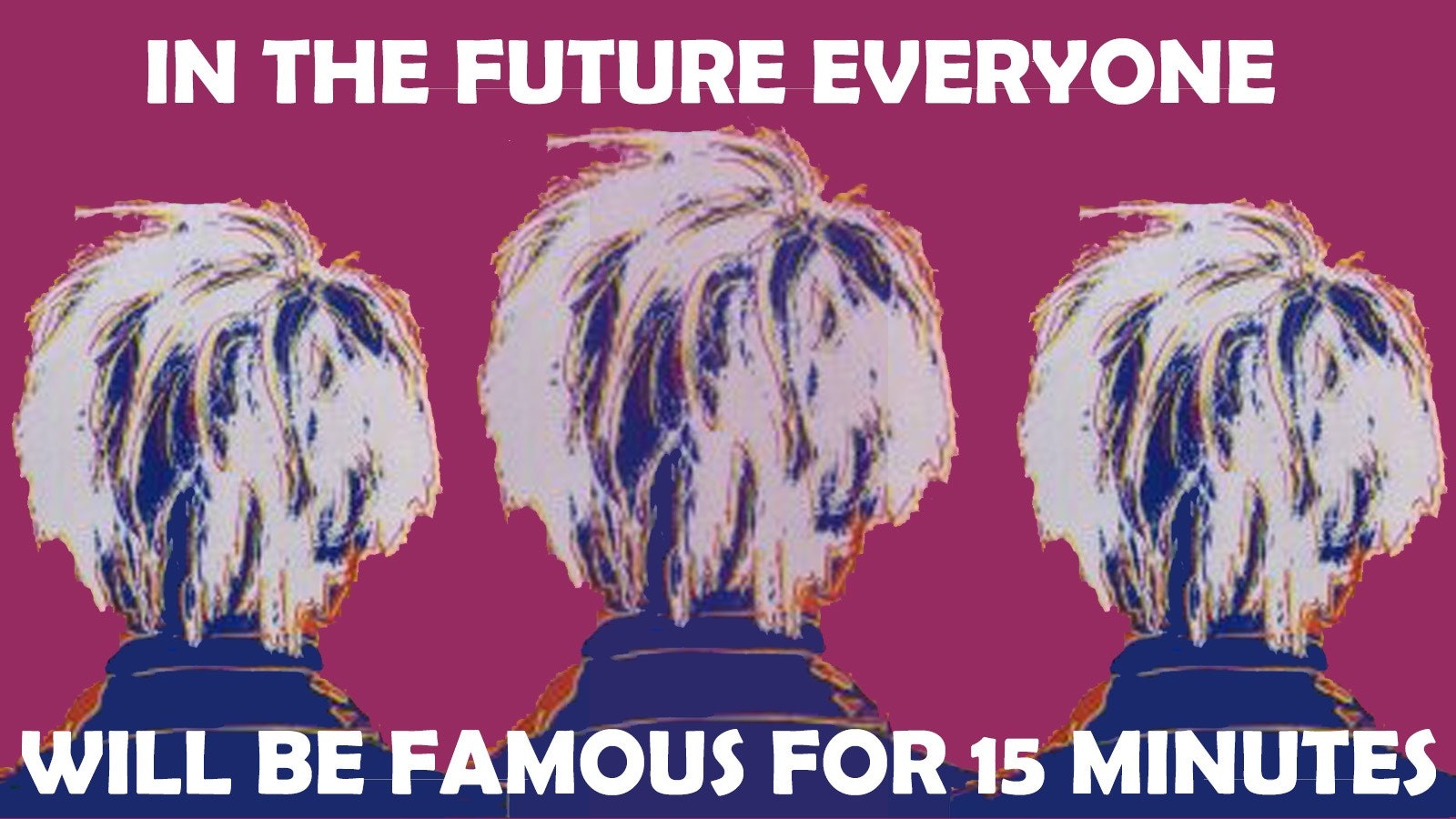 Andy Warhol Musical: In Rehearsal (A)
The fabulous cast of triple threats warm-up and stretch as the audience trickles in. The director (Vinetta Strombergs) notes inform us that this production is an exploration of several possible versions currently in development. Nevertheless, it’s mind-blowingly enthralling and powerfully delivered from start to finish! Throughout the piece, we learn about Warhol’s biggest supporters and prodigies who helped define his Silver Factory. The cast members effortlessly rope us into his world, gaining our full appreciation of his passion for the non-conventional, and distaste of anything resembling status quo. We learn he had a habit for adding the prefix “star” to many words while discussing project visions. While the whole cast is truly exceptional, dance wise (choreography by Gino Berti) Devin Chin-Cheong steals the show, fluidly playing sexy boy toy Gerard (Warhol’s left-hand man and a type of gatekeeper to the enterprise), as well as, Freddie who artfully leaps to his death like a black swan. Vocally (music by Robert Swerdlow and Peter Nunn), Stacey Kay delivers a soulful show-stopping performance, as the once elite Republican family daughter turned punk rebel. I have learnt that Kay is, indeed, a professional recording artist so I will be looking out for her upcoming singles. This new musical does what the documentary Strike a Pose did for Madonna’s dancers in another era: it captures the essence of a decade which is so fascinating to us, by digging deep into the mindset of the cultural shapeshifters whose life and art collided to change the world forever. We are taken on an incredible journey witnessing their (often drug-induced) ups and downs. No easy task right? Well, in fact, it’s hard to believe how many stories and characters are packed into this 60 minute musical. But they’re all important and every last number is captivating. Once some of the kinks in the choreography and music are ironed out, it’s definitely headed to the big stage somewhere!

A Perfect Romance (B+)
Masque, music, dance, and poetry come together in this tale that sets Mars (Aldo Milea) and Venus (Ilaria Passeri) in current time as they reminisce about love throughout the ages. Set against a brick façade and the setting sun, the site-specific venue is perfect for this piece created by Marisa Buffone. Mars and Venus slowly come down the multi-level fire escape of The Italian Cultural Institute – so convincingly – as if actually ascending from the heavens. Their physicality is complimented by a musical track that is both whimsical and haunting. It is a treat to hear English dialogue through the voice of two native Italian speakers. So often in North American contexts, Italian identities are delivered with heavy stereotypes including phony accents. The larger-than-life Shakespearean delivery, common from performers trained in the European realm, is immediately noticeable and appreciated. Buffone has interestingly used Mars and Venus as vessels to catapult us into a conversation of not just love, but rather womanhood, citing #metoo and #timesup amongst others. After revisiting the historical notion of Venus’ strength and power as a woman, the character confesses: “I have a secret. I am weak.” The outside, as we know, doesn’t always match the inside. This leads to a lot of repression and begs us to ask what freedom really looks like in modernity. While I liked the narrative itself, the show is in need of further character development and possibly more characters to amp up the themes at hand. The various musical numbers that take us through the decades are recognizable, yet felt unnecessarily rushed. I wasn’t sure why the vocalist (Buffone) was placed off stage and not incorporated into the action – perhaps with a selection of singers to add variety.