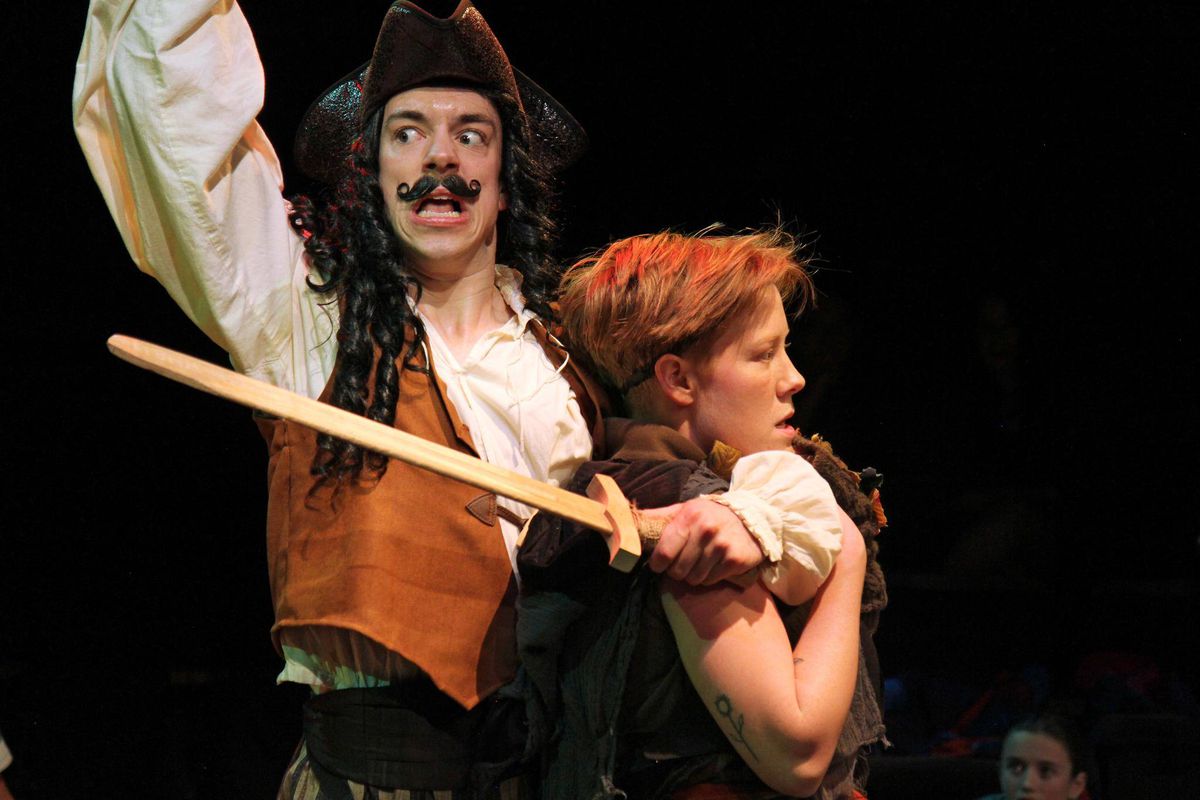 The lush golden light of the Peter Pan set was a welcome contrast to the sharp cold evening we had rushed through en-route to the theatre, and the space itself served as a refuge from the busy Christmas Market (which Soulpepper ticket holders receive free admission to) surrounding the Young Centre for the Performing Arts building. As part of Soulpepper’s Family Festival (and the winner of three Dora Mavor Moore Awards for Outstanding Ensemble, Production, and Directing), Bad Hats Theatre’s Peter Pan is an enchanting addition to the family Christmas theatre canon.

I had the pleasure of experiencing the work through the eyes of my toddler son who is young enough to have not yet learned the division between real and fantasy, and so believes in the magical worlds presented to him without reservation. And Peter Pan is nothing short of magical.

Simple set and prop pieces cleverly set up an imaginative Neverland—a large hanging chandelier, a sheet standing in for convincing ocean waves, the instruments that would be used to provide accompaniment to the infectious musical numbers—and the partial theatre in-the-round seating with multiple entrance and escapes for the actors put the audience directly into the Neverland world.

With its 75 minute run time, the show moves quickly without dropping any of the expected beats- we meet Peter as he weeps for his missing shadow in the Darling children’s nursery, fly to Neverland to defeat Captain Hook, save Tinkerbell through the power of believing, and travel back to the nursery to see the Lost Boys adopted by the Darling parents, not to mention: Pirates! Chomping Crocodiles! Flying Boys! And Games!

The simple but clever staging, strong cast, and thoroughly engaging text made for an emotionally evocative production of the highest calibre. This is not the first theatre I have taken my son to, but it will probably be the first piece of theatre he will remember, a perfect initiation to the magical lure of live performance.