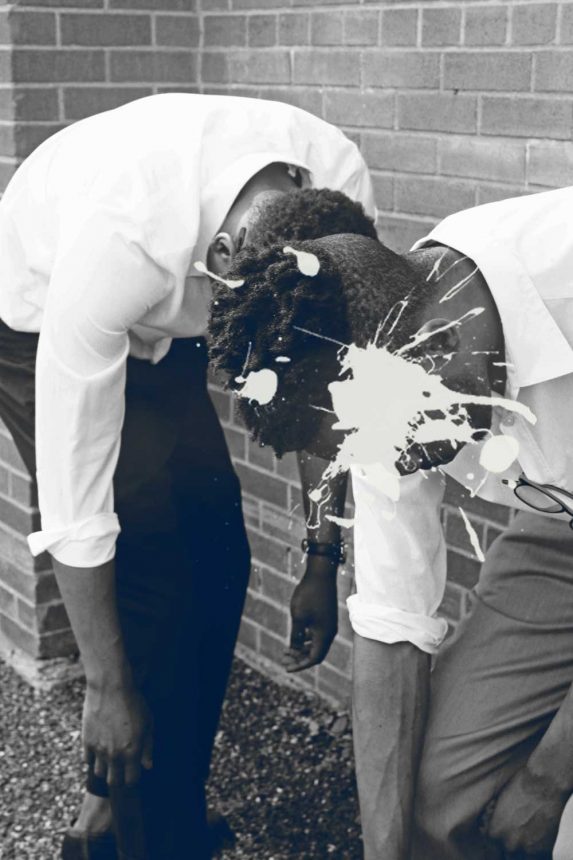 Erased: Billy and Bayard (A)

Created and performed by the Queer Songbook Orchestra, featuring Andrew Broderick and Stephen Jackman-Torkoff, the show weaves together the narrative threads of two 20th century musicians. Billy Strayhorn and Bayard Rustin were both black and queer and who contributed significantly to the Civil Rights Movement. Broderick and Jackman-Torkoff take turns telling each narrative, while also letting their feelings about each man and each other shine through in a way that is entirely charming. Periodically throughout the performance one of the musicians will get up and sing to the music while Broderick and Jackman-Torkoff watch and listen, or sometimes dance along. And at one point Jackman-Torkoff throws down with a ‘poetry collage’ of his own creation that is funny but also touching. The only thing I’d suggest is that at times, keeping track of both men’s stories is a challenge, and that including a timeline in the programme or possibly some visual accompaniment on stage might be helpful to help the audience keep track of the storylines. But despite all the disparate elements going into this production, everything comes together to create an atmosphere of appreciation, acknowledgement, and celebration that gets the entire audience to its feet.

The Smile Off Your Face (A)

First of all: spoiler alert. I’ve written this review without revealing a huge amount of the content of this production, but really any amount of information about it is going to be something of a spoiler. I’m also going to provide a trigger warning that if you have anxiety or trauma, this might be a show to avoid.

Originally created by Ontroerend Goed, and directed by Brian Postalian, each audience member is seated in a wheelchair, blindfolded with their hands tied, and then wheeled through the various stations of the set. The description on the Summerworks site exclaims: “The Smile Off Your Face invites you into a sensory experience, moving through a room of imaginative wonder. Surrounded by eight performers, embark on a one-of-a-kind journey that’s all about you.” And, this is partly true, in the sense that once you enter the room, you are the centre of the action. But what this show is really about is the relationship between you and the performers. Before you go in you are asked to sign a consent form, which I imagine they need, legally, but which also becomes part of the performance. I filled out my information, now suddenly very nervous about what was to come, and in retrospect, this very anxious anticipation heightens your sensations and emotions and is part of what they exploit once you are inside. Wheeled around to various stations, you interact with different performers, entirely at their mercy, and they create for you what can only be described as a very intimate, sensual, and quite frankly erotic experience, peppered with slightly ominous or aggressive moments so that you are never entirely sure what is coming next. Afterwards you are asked to sign the guestbook and share thoughts and feelings you had about the production. I came out feeling great (and relieved, to be honest) and I noticed that this was by far the dominant feeling of most of the audience at that point – but I later reflected about the ways in which the piece manages to hit this very intense and yet specific emotional space, to which I consented, which I enjoyed, but which was at the same time extraordinarily precarious. In turn, in my memory, its very precarity feeds back into its intensity. In one 20 minute session this production caused me to reflect on the power of anticipation, intimacy, vulnerability, and memory, and is an experience I will be ruminating on for a long time to come.

Written by Bobby Del Rio, this is a political satire that portrays the awkward and often contradictory ways that representing people of colour is being taken up within the mainstream Canadian theatre scene. The piece depicts Billy (Del Rio) who is cast as a token person of colour in one of Canada’s major theatre companies, and held up as evidence of ‘diversity’. Meanwhile Billy’s girlfriend (Chantel McDonald) is studying for her law degree, and her sense of the wider systematic stakes when it comes to real cultural shifts puts pressure on Billy’s personal decision to accept the role, pressure that gets worse when the company’s representative (Dave Sparrow) puts increasing pressure on Billy to perform his ethnicity. The play is simple in its plot but very well crafted in terms of how the scenes flow from one to the next, the juxtapositioning of Billy’s conversations with his best friend (Rico Garcia), his relationship, and his ‘professional development’. This kind of play could risk being clichéd or cheesy but Del Rio hits the mark and instead the result is nuanced and clever and extremely endearing. The play has an important point to make, but serves that point up with humour directed at both the white establishment but also, from time to time, at itself.

Conceived, compiled, and directed by David Bernstein, and co-written by Jake Vanderham, this absurdist musical comedy depicts Garth Brooks and his journey through a kind of existential despair and confusion. The piece is apparently based on the 1999 album “The Life of Chris Gaines” which probably means something to those familiar with it, which I am not. The entire experience felt not unlike how I feel when I watch a Coen brothers film: I’m entertained, but there are also obviously a lot – a lot – of pop culture references that I don’t get, and while the piece obviously has an internal logic that someone understands, that someone is definitely not me. Having said that, the cast is made up of extraordinarily talented actors and singers, and the performance is absurd and delightful and extremely entertaining.

Written by Cheyenne Scott, this is a play about Theresa (Samantha Brown), a young Indigenous girl from Victoria who has a complicated relationship with both her culture and her personal history. In her attempt to reconnect with her past, she meets a young man (Dillan Meighan-Chiblow) and winds up pregnant. The show has a simple premise, but has a lot of potential for depth. The acting is spotty – weak in places, but very strong in others. A lot of the early scenes between Brown and Meighan-Chiblow feel a bit rushed, not just in the sense that I couldn’t always hear them (Brown swallows a lot of her lines that I wanted her to project better) but also emotionally it feels a bit like the characters are moving from one emotion to the next a bit too quickly. Towards the end, though, the pace evens out, and Brown’s acting feels more natural, especially as she interacts with Theresa’s father (Herbie Barnes). Overall this is a good production that would benefit from further development and some direction that would allow it to linger in the darker, more emotional moments.