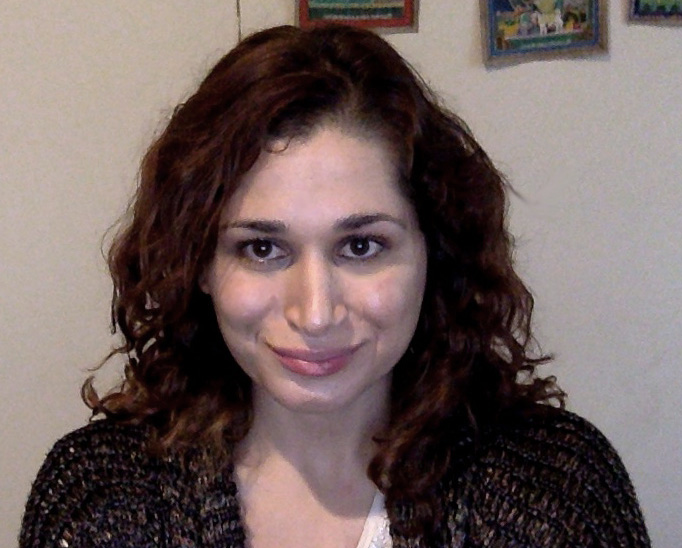 Anahita Dehbonehie is not only a double nominee this year in the Outstanding Set & Costume Design categories but she’s nominated for two vastly different projects. In the large theatre division, she’s nominated (with costume designer Yannik Larivée) for Stratford’s epic two-part Breath of Kings where she created kingdoms and battlefields by exploring the many resources available at the country’s biggest company. In the small theatre division, she created a prison out of cardboard for the affecting SummerWorks show The Unbelievers. We asked her to walk us through both stunning creations.

Do you remember your first experience with theatre?
I do. It was R. Murray Schafer. It was a show kind of in the woods, in northern Ontario, I was 16. I really thought theatre was boring and terrible – somebody tried to get me to be in the high school theatre show, and I was like “no, that’s a terrible waste of time”. But my boyfriend at the time, who also didn’t know what was going on and also just kind of wanted to get lucky, took me to this R. Murray Schafer show, because we were going to go camping. And it was amazing. It happened on the lake, and there were puppets, and there was music wafting across the lake; it was magical. I didn’t know that theatre could be like that.

What was the first thing you ever designed?
In high school, after seeing that show, our school lost all its extra-curricular funding, and my friend and I created this thing- we wanted to use all the arts in the school. That sounds so cheesy. We created a design and art show and, actually, they ended up doing it for a couple of years after. We kind of designed all of it- the costumes and all the sets, and built all the story, and everything. So that was the first thing. And I still didn’t think that was theatre.

How did you get involved with Breath of Kings?
Mitchell [Cushman, co-director] invited me onto it. It was just when we were opening Possible Worlds at the festival, and he said “okay, there’s this other project,” and then I met Weyni [Mengesha, co-director], and I really thought Yannik [Larivée, costume designer] was wonderful. I’d met him earlier and was really excited to be working with him. And Deb [Sinha, sound designer], and Kim [Purtell, lighting designer]– it really was a great team.

How much guidance did the co-directors give you?
Mitchell, Weyni, and Graham [Abbey, adapter] and I had quite a bit of conversation- and I imagine they did this with all the designers – about the concept of how we wanted to talk about the world, how important it was to stay kind of simple in the beginning, how important it was for there to be an idea of cyclical violence, and kind of futility. Those were big things that would come up a lot – futility, the cycle of the earth, and how important it was to try and mix the visions of both Mitchell and Weyni, and of course Graham, into something that could feel more holistic rather than two very different shows. That was a big goal that we all had as collaborators, how to make it one long six-hour experience with Shakespeare.

I’m fascinated by the ground that was sort of like soft soil in Part One. Was it hardened over in the years that passed between the two parts of the story, or was the ground in Part Two what was underneath the soil?
Richard II is kind of like a spirit of the earth. He’s this character that’s so in tune with nature because he is like nature. I mean, he’s the Sun King. He’s Richard the King. He’s the sun, he’s their sun, he’s the divine lord. And so we were very excited about him and nature being so tied together, so that when you lose Richard, you lose that natural covering and you’re left with the hard, sort of manufactured reality. Whereas Richard’s reality was malleable- every time, when somebody was killed, they would take a little piece of it with them, scratch off a bit of [the soil]. So that was important, that the natural elements of the show were tied to Richard. And once we lost him, we wouldn’t have that back; we would only have it back, sort of, once that cycle had completed itself and restarted. Which is why the Earth appears again underneath the blocks [in Part Two]. It’s like the potential of regrowth, but it doesn’t have the symmetry that it did in the beginning.

What were some of the technical challenges that you had to work around?
Taking apart the entire stage of the Tom Patterson Theatre. I think our biggest technical challenge- and it was really lovely to have the space to experiment with this challenge- we couldn’t really build anything up. Sightlines were such an issue for us, we were trying to use bodies as the architecture onstage a lot of the time, and so we refrained from building. Something neither of the directors were really interested in was creating castles. So we had to dig down, which was more interesting to us, conceptually anyway. I think that the largest technical challenge was how we were gonna take apart the stage so that, especially if you’ve been watching the full six hours, by the end of it, it would be hard to imagine how it started. That and submerging the bath. There was just a lot of under-building that we had to do to make it work.

Were you pleased with how the design worked in practice?
Yeah. I mean, I think that as a designer- maybe I’m just masochistic- there’s never a point of complete hands-off-ness. I mean, I don’t have that. I hope to one day get there. I was mostly pleased, I was excited by the experiment of it, and I was excited by the way that it supported the show more than anything else. And it’s something that I would love to explore again, to use the space in a way that genuinely feels like breaking the rules. That was exciting.

Did you have a favourite moment in the production?
Oh, yeah. Our introduction to Richard and our introduction to Bolingbroke are probably two of my favourite moments. And of course all the monologues are magical and amazing. Shakespeare’s amazing, which I learned from the show- I did not know that Shakespeare was this amazing until I took this. It’s just magical. You have Tom Rooney, and you have Stephen Russell- those actors saying those lines really bring this home to Shakespeare in a way that I hadn’t experienced before.

You’re also nominated for The Unbelievers. What was your first thought when you read that script?
It’s really hard to divorce the reading of that script from the conversations that I had with Hannah [Rittner], the playwright, and the creator of that show. Because one came before the other- we started talking about the concept and the story and telling the stories of these young women before we read the script. So those are very connected together for me. It’s about the experience of trying to tell that story, and trying to get out of the way of that story. As a designer, that was my main goal, just to try and get out of the way. I think that it was a really soulful attempt, and I know that she’s going to continue to develop it, and I really hope she does, because I think it’s a worthwhile story and one that we don’t really hear very often.

Did you do much research into what that space would have actually looked like?
There’s a lot of research into women in that situation, and the detention spaces and things like that, that we didn’t actually end up using. We kind of ended up using more of the concept of them being thrown away, just the way that they’re treated. Here’s a horrific fact- because they’re usually kept in the dark, underground and in these little shanties, there are these drawings on the walls that the women have made with rocks, of the outside that they can’t see- trees and suns and stuff. That kind of stuff we talked about a lot but didn’t feel like it was right for this iteration.

Did you have a favourite design element in The Unbelievers?
I was really fascinated by the cardboard. This is something I do, I get really interested in the material, and I like to explore and experiment with it. For Possible Worlds, it was water. I was so fascinated by water- what can we do with it, and how much of what we can do with it is worth doing in the show? Like, should we freeze it? See what happens? With The Unbelievers I became so interested in the role of cardboard. It’s such a cheap material, but it’s so beautiful and, if you light it in a specific way, the texture of it is so interesting. And you can leave tracks in it- it’s just a really interesting material in showing traces and tracks. That, in a way, is exactly what the mulch did [in Breath of Kings], which is why I was fascinated with it- the ability to leave discernible tracks.

The room, obviously, in Unbelievers, was worn down and lived-in in a very practical way. What were some of the techniques you used to give your materials that look?
We just kind of beat up the cardboard. Actually, no, what happened is that they rehearsed in it. Because, once you mark the cardboard, that mark stays, so while they were rehearsing in that set, they were able to give it that sort of life.

Do you have anything you’d like to add?
I’ve been really heartened by the reaction from this community to what is going on in the States. I don’t come from a family of artists; I come from a family of lawyers, not artists, so a lot of their communities didn’t have the same responses to the ban, and some of the more controversial things that were being proposed or said in American media. And I was really proud of the theatre community- not of how angry we were, but how understanding we were as a community- and of the people who went down to the Women’s March. I’m kind of new to this community, I’ve only been here for four years, so it was maybe the first time that I was like “wow. This is a really good place to be politically. I feel good here, politically and socially. It makes sense to me.”