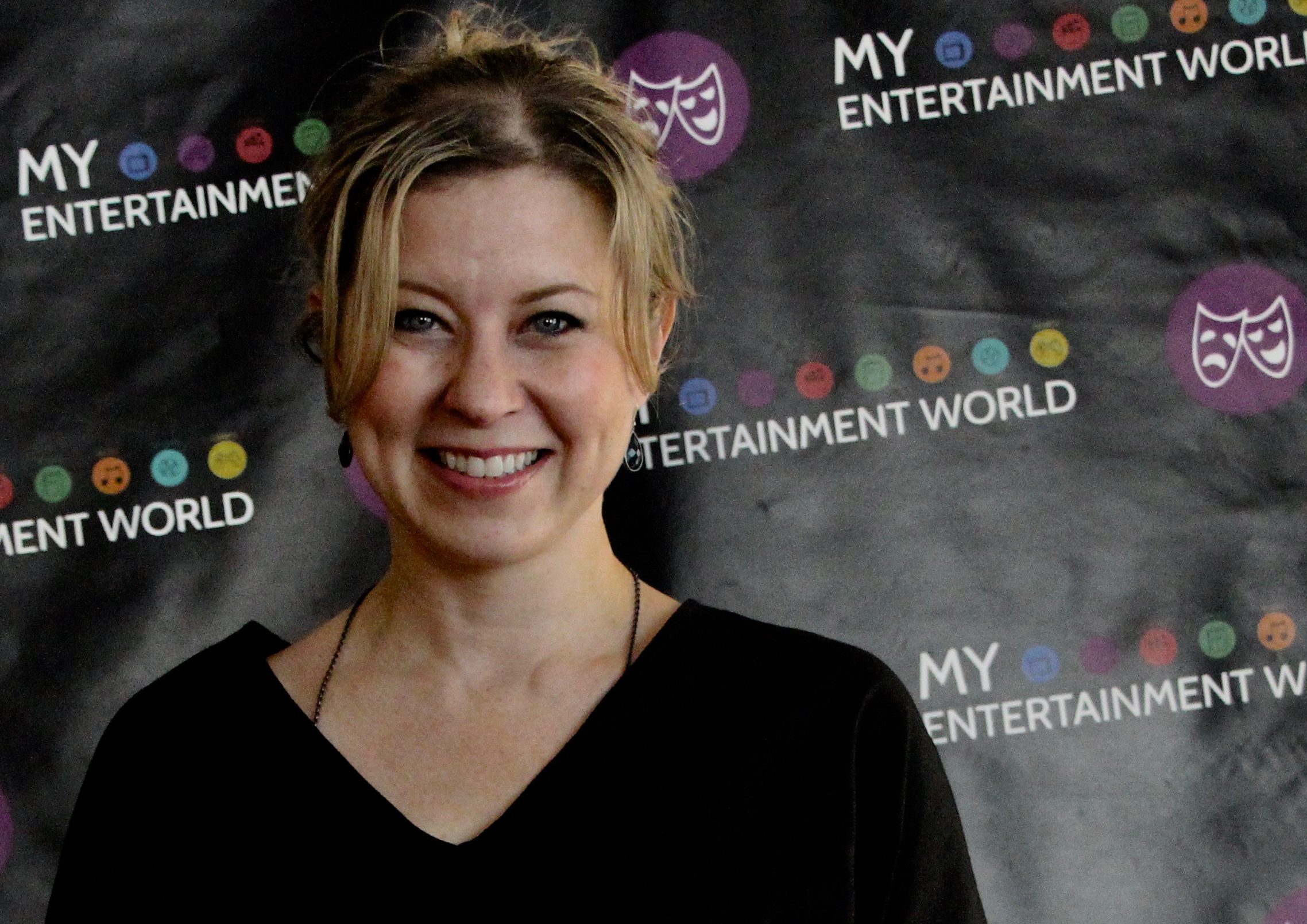 Nicole Underhay is one of those people who brightens whatever room she walks into and, especially, every stage she walks onto. She wielded that power to extraordinary effect in her Outstanding Actress-nominated role in Mrs. Warren’s Profession directed by Eda Holmes at The Shaw Festival last summer. As a fierce single mother who carved out a life for herself and her daughter by rising to the top of the world’s oldest profession, Nicole hit the perfect note between elegance and grit, indomitable charm and brutal reality.

Catch us up on what you’ve been doing since the 2013 Nominee Interview Series.
What have I done since then?! Oh, I got married! So that should be at the top of the list. Last January.

Are you one of the many Shaw people who married another Shaw person?
No, I married a musician, who lives in Toronto. He owns a couple of bars and restaurants around town as well, and he often employs Shaw actors when they’re between engagements. He’s very supportive of the community.

And I’ve done a couple of TV shows. I did Murdoch Mysteries, having a good run on that, and I did Saving Hope, another Canadian show, set in a hospital where there’s ghosts and stuff like that. So that was really, really fun to do. And then last year was back at Shaw for Mrs. Warren’s Profession and Engaged.

Tell us about Mrs. Warren and what attracted you to that role.
Oh my gosh, what an abrupt shift. Up until Mrs. Warren, I’d been playing all the ingenues. So when Jackie [Maxwell, Artistic Director] first tried to lure me back, I thought “oh God, there’s no way I can do it”, ’cause the last person to play it was Mary Haney, Nora McLellan, actors that have such bodies of experience, that I look up to so much, and I thought “I’m not ready to take that on yet” or “I just don’t have the gravitas to tackle that”. I am the right age for it, as written in the script. But, for those reasons I just mentioned- the gravitas and stuff like that- they’re often cast with people who are slightly above that age. I think what worked really well was, by casting people closer to the ages as written, and by trying to strip away some of the period- we did it in fairly modern dress, and modern framework- it let the text come forward and be the main focus of the production. I think what surprised a lot of people is how relevant all of the stuff is to this day.

How did you find that the frame device and the contemporary feel of the piece re-shaped Mrs. Warren’s role in the story?
Gosh, I don’t know about reshaping. I just think it made it more accessible for the audience to hear the arguments. It liberated the script from itself, and gave our audience a better access point to just let the text shine through, and to allow the clarity of the arguments to come through.

Part of your competition for Outstanding Actress is your co-star Jennifer Dzialoszynski. Did you purposefully build anything like shared mannerism or habits into your performances to convey the mother-daughter link?
I’m so glad we’re both nominated, because I think we’re nominated with each other, not against each other. It’s so great because it acknowledges that people get nominated for things but what you forget is that it’s not one performance in isolation. Everything is created by a group of people. There are so many people involved, from directors, designers, costume designers, set designers, the people that build the sets, your supporting actors- they all create the performance, everyone has a hand in it. And especially with two characters like Vivie and Mrs. Warren, they’re just so inextricably linked that I was so excited that we’re both nominated, because you really can’t have one without the other.

Jen I didn’t really know very well beforehand, but she’s such a lovely, wonderful person. It was so exciting because the big meat of the show is these great two-handers with just the two of us, and to have a show directed by Eda Holmes, our stage management team was all female, so we would often just have these great stretches of time where it’s a room full of really exciting, wonderful women in a rehearsal hall together. And just the level of trust- it was so easy to build it, and build it very quickly in a room like that. It was just such a generous room to be in.

I don’t know that we necessarily consciously thought about having things to link us as mother and daughter. We often talk about the scenes in rehearsal but, once you’re up and running, there’s sometimes a thing where you do the work onstage, and you don’t really talk about it outside of that because you like to keep an element of surprise. Like, if I wanna try something new, I know Jen enough and trust her enough that she’ll pick up the ball, and run with it, so some of those things just don’t really get discussed. You just sort of do the work onstage over the course of, I think we ended up doing 99 performances.

It was such a female-driven production but it was set in a men’s club with male cast members reading some stage directions. How did you feel about the gender politics of the show, especially with the contemporary interpretation?
What I usually fall in love with when I work on Shaw plays is that he introduces a lot of problems and doesn’t necessarily solve any of them. And this play especially- playing the character of Mrs. Warren, it’s a very unsatisfying ending, because it just ends at a crossroads. It ends with two people that are probably just gonna go their separate ways. It’s very unresolved, and that was a hard one to carry around all summer because, you get to the end of the play, and nothing is satisfied. What I love about Shaw is that he leaves you with these arguments, and doesn’t really solve them. He just leaves you to think about where we are, how far we’ve come, or not. It’s mindblowing in a way that these things are so relevant, which is also kind of disappointing as well- the one thing we learned from history is that we never learn anything from history. Shaw’s brilliance is always showing both sides of the coin, and how these points of view that are so diverse can exist within this same world. I think that that’s the whole point of the framework, that you really wanted people to leave thinking and to not hand them any decisions, but to let people walk away and think about what they’ve just seen, and what it means to them personally.

Did you have a favourite moment in the production?
Oh gosh. There’s something really deeply troubling and satisfying about doing those horrible, horrible scenes. The anticipation of them is usually way worse. It’s standing in the wings waiting to go on, and you can’t think about it. That’s what’s great, it really forces you to not actually think about what’s about to happen, to really clarify for yourself what your goals are walking into a scene and just letting it happen. So in a way, I loved doing those big scenes with Jen. I can’t really specify a particular moment, but there’s something really gratifying in just having to give over to them. That’s really exciting work to do as an actor, to be able to just get out of your own way, I guess, and let the text take you and let the other actor take you where you need to go.

Engaged was the big commercial hit of the season. Tell us a little bit about that experience.
Talk about a study in contrasts. I loved working with Morris Panych so much, and the show was a good release. You’re still playing your stakes- and, something at that height, you’re playing them high, you’re playing them hard- but what I love about working with Morris is that he loves weird things, he loves weird clown-ish things, so it was such a good exercise in just being creative and not necessarily logical. That show was actually very text-driven as well, but there was a great freedom, when you’re dressed head-to-toe in a lime green pantsuit with a giant feathered hat on your head, to rise to the occasion and match Ken [MacDonald]’s outlandish set design, and find a place for yourself amongst the forests of roses.

What were some of your favourite productions of 2016?
Oh, I loved the lunchtime [The Adventures of the Black Girl in her Search for God] . I just thought that was such a great way to start your day; [laughs] actors get started a little later than other people sometimes.

I loved Uncle Vanya. I thought it was a really strong season last year. I was pleasantly surprised. The stillness of Uncle Vanya, and to have something like the lunchtime- so creative and wacky and super fun- I thought there was a lot of great work all around last summer.

Last year was Jackie Maxwell’s final season as Artistic Director. What will you remember most about her tenure?
Jackie gave me so many great opportunities. I’ve gotten to play some of the greatest parts ever written in the English language. I’ve played so many great Shavian heroines, and it’s just been such a joy to be there in her time. She has such great love and respect for actors. She hired me from an audition videotape- and this was back when it was on VHS- this weird audition tape where I borrowed a camera and didn’t quite know how to use it, so it was cropped really, really tight and you could only see my face in the frame. It was an audition scene from Rutherford and Son, and I remember writing her a note going “my head is not as large as it may appear on your screen, don’t adjust your TV set.” And somehow from that audition video- which she threatens to bring out every now and then, but the technology no longer exists on which to play it- she took a chance on a videotape, and she’s always taken those chances with me, and cast me in really weird and diverse things.

I love working with her as a director. She has a real skill for speaking to each person in a cast in the language they need to be spoken to, so it’s amazing just to watch her communicate with people in a room. I’m so grateful to her for all those opportunities, and not making actors audition. Once you’re in the company, she can take that leap and imagine you doing something else, or to offer you something that will challenge you, and I just love that about her so much.

What are you doing now/what’s next?
Between engagements, I’m available for film and TV. I’m gonna stay in Toronto this year, because I did get married last year and then take off for 8 months, so I thought I would spend some time in Toronto and try to get back into both film and TV here, and the theatre scene here as well.