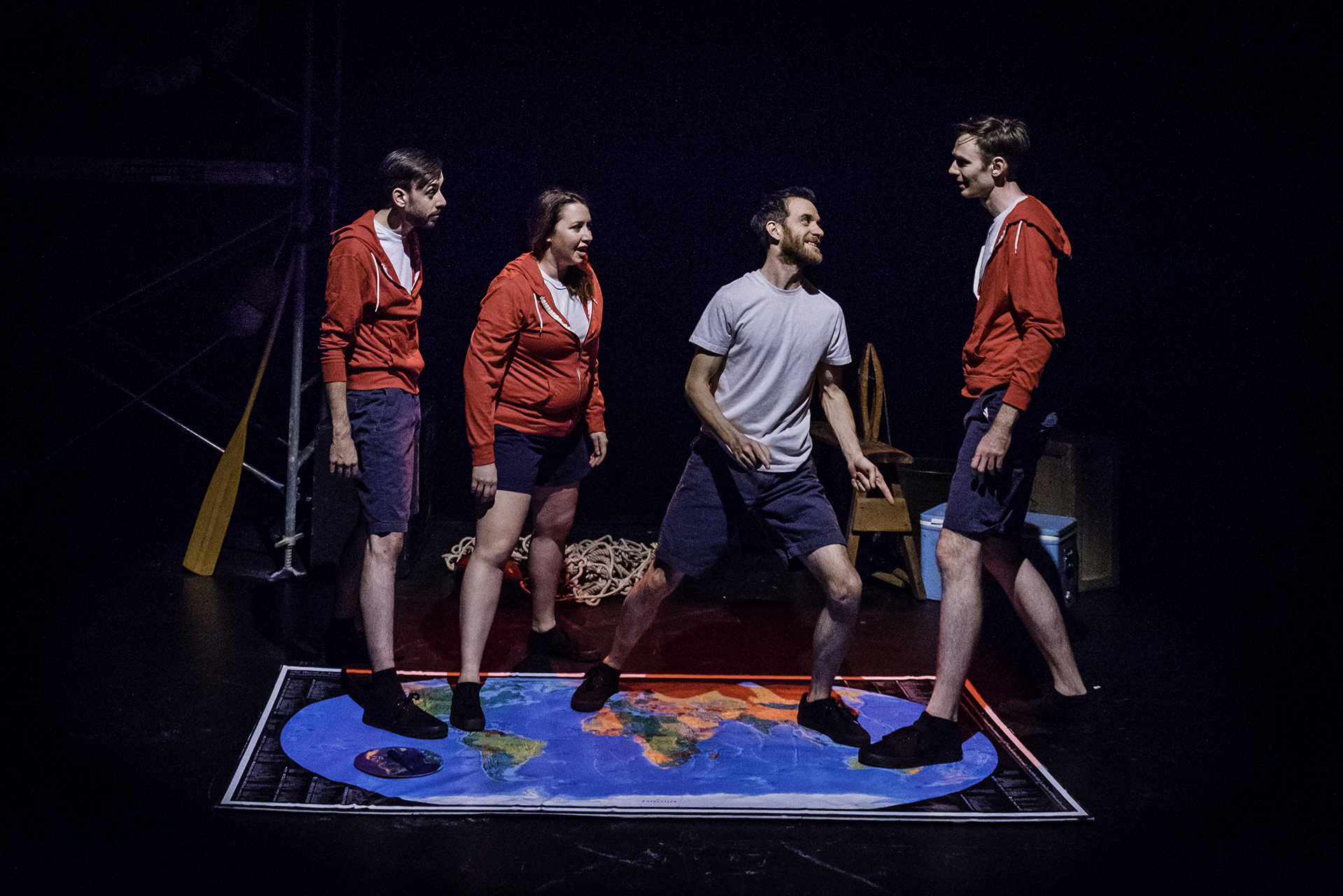 On Stage in TO: Sketch

Eat, Buy, Repeat (The Second City)
This “Guide to the Holidays” from the Second City Touring Company is charming and fun if a little imbalanced in quality. We begin with a group song about coping in the hellfire that is 2016 but the fact that no one in this cast can sing becomes a problem very quickly, especially because they keep insisting on singing. Luckily, most of the solo numbers work on a content level whether the actual voices are good or not. Greg Chochrane’s recurring crooner who won’t stop naming reindeer is annoying at first but escalates in hilarity the more persistent he gets. Colin Munch’s melancholy ballad about coming home for “Christmas at 30” with no family of your own is the emotional heart of the show. Aimee Ambroziak’s jazz number about cookies that fell on the floor, however, gets tired fast. A sketch about a couple (Cochrane and Nadine Djoury) who visit the grand canyon and discover that their echoes (Munch and Allana Reoch) are a little too honest takes too long to get going while the “Sharjil, No” sketch about Sharjil Rasool’s co-workers pitying him for not celebrating Christmas works fantastically until it’s taken just a beat or two too far. There are a few non-holiday sketches that kill (Ambroziak and Munch having disastrous skype sex) but those that don’t (Ambroziak and Djoury as a pair of aging Floridians) are all the more confounding for feeling so out of place. It doesn’t hit nearly as hard as its fantastic mainstage counterpart Come What Mayhem but TourCo’s holiday show has plenty of highlights and is overall pretty sweet and accessible, just don’t judge them on their vocal talent.

Playday Mayday (Uncalled For in association with the Toronto Sketch Comedy Festival)
Uncalled For‘s fast-paced, intellectually engaged style thrives through the core of there first big union theatre production as they use kids games for adult commentary in a sequence of seamless sketches like Global Conglomerate Twister (played on a map of the world by the likes of Google and McDonald’s). A few of the more ambitious sequences don’t quite make sense (20 questions with an absentee dad) or have execution issues (tongue twister trials) but the group is able to mine a lot of meaning out of seemingly simple concepts (“what time is it, Mr. Wolf” as a power negotiation with an authority figure) or total nonsense games (Anders Yates demands that they play “fashion princess” but is left all alone when his friends tire of making it all about him). After a long hiatus, the troupe is both a little rusty and incomplete (though he’s listed as a writer/director, MVP Dan Jeannotte is sadly missing from the cast), the show on opening night wasn’t yet up to their usual pace and precision nor does the “it’s important to play” thematic frame make as much of an impact as some of the standalone sketches (Twister is definitely the highlight though Colin Munch as a finger gun salesman gives it a run for its money). But I’m comparing Uncalled For to themselves, not to the entire landscape of sketch comedy; even a somewhat shaky production from them is still top-notch sketch.