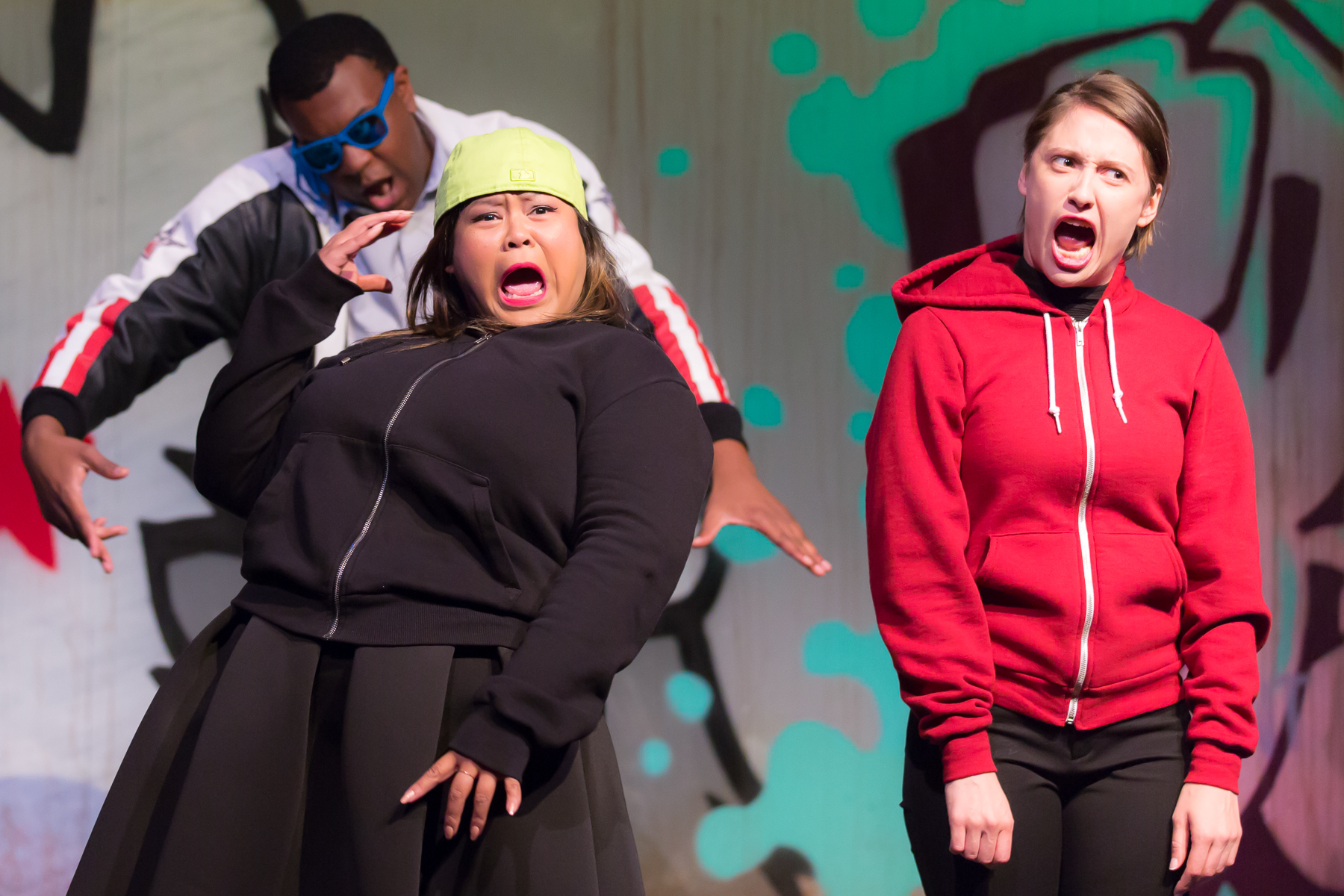 The Second City’s Come What Mayhem

The Second City’s latest mainstage revue is as honest as it is funny, as biting as it is charming, and as surprising as it is (mostly) consistent. Every member of the cast brings a different style and point of view to the table, all hilarious in their own right but especially effective together.

Created and performed by Roger Bainbridge, Kyle Dooley, Brandon Hackett, Becky Johnson, Lindsay Mullan and Ann Pornel, Come What Mayhem looks at a world on the brink of implosion and sees it for the absurd comedy that it is.

MVP Ann Pornel shines a light on the under-reported hypocrisy of fatphobia, declaring herself fat AND hot while playing the night’s most brazen diva then later steals the show with a sexy striptease that *spoiler alert* turns into a clown car gag revealing the layer upon layer of shapewear (plus extensions and fake eyelashes) involved in looking hot onstage. Pornel is a key player in a standout sketch (pictured) skewering both self-indulgent Kickstarter campaigns and the lengths to which artists have to go for financial support, she’s half of one of the first great two-handers of the night simultaneously objectifying her Tinder match Kyle Dooley for his attractive “white boy”-ness and schooling him on the treatment of Asian women on the internet, and she delivers the production’s best single-performer scene, belting out a brutally honest ballad that proclaims “I don’t need Mr. Right” and asks the universe for a guy who will treat her with baseline human decency.

Roger Bainbridge draws on zany hosting skills to lambast the audience’s ignorance in the show’s most memorable scene, a not-so-trivial trivia show called “You Oughta Know” (my favourite joke of the night was one contestant’s guess that the capital of Syria is “S”; he’s not wrong) but he’s forced to play the everyman in the night’s weakest sketches, which trended towards the personal rather than the political (reacting to a surprise pregnancy; dealing with exes returning). Lindsay Mullan shows off incredible range, transitioning almost unrecognizably between broad characters (her “Shoppers Lady” is a hoot) and relatable “regular people” (the woman in the aforementioned pregnancy sketch; a white-guilt-plagued horny girlfriend). More straight-faced players Becky Johnson and Brandon Hackett bring deadpan timing to the table, highlighting serious sketches like a playground pushing incident that’s dealt with like a rape trial and a hilarious attempt at Black Live Matter-themed sexual roleplay. Kyle Dooley delivers the production’s most delightfully bizarre material, making a strong point about transgender rights masked in an oddball sketch about alien poop.

The Trump jokes are tired and the Celine Dion joke completely dead on arrival but there’s shockingly little else in this socially conscious slew of clever comedy that does anything other than land exactly where the killer cast aims.