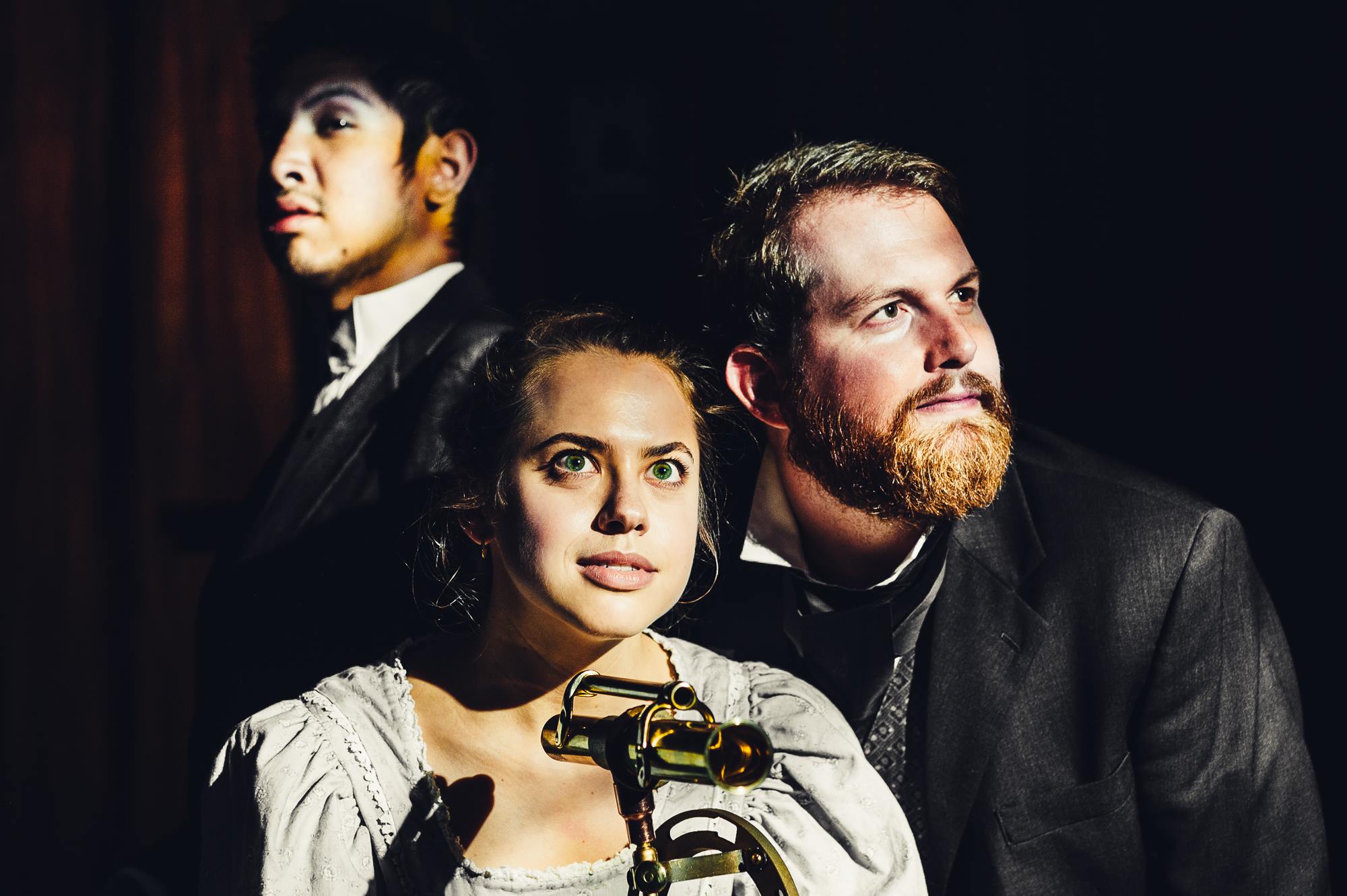 This site-specific historical narrative at the Gibson House in North York attempts to address the often-forgotten question of how and why exactly occupation of native land occurred. As we give thanks for the harvest and our incredible luck to live in a country like Canada, Single Thread Theatre Company reflects on what was sacrificed to get to where we are today.

Turkey Shoot portrays the story of David Gibson, a Scotsman who came to Canada to work as a surveyor and to create better opportunities for himself. He meets an Aboriginal man named Kahkewaquonaby, who he at first relies on for guidance and eventually attempts to befriend, despite the Aboriginal’s resistance and resentment. Kahkewaquonaby shows Gibson, little by little, the impact that the colonization is having on the Aboriginal people, a revelation that affects Gibson deeply, and makes him question his entire purpose and the the integrity of the people for whom he works.

The play was conceived by Alex Dault, and is very much historical fiction. The two men never really met in real life, but Dault’s play imagines the outcome of such a friendship. What the play seemed to be doing is anachronistically imposing the reckoning with what we have done onto a historical figure. And there’s certainly something satisfying about that, about thinking of the ways we wish the violent and transgressive actions of our colonial ancestors had been perceived.

Unfortunately, that’s exactly what’s wrong with this story. It’s a narrative that centres on Gibson, a white man, and tries to rewrite the kinds of ways he might have understood things, ways he might have tried to resist these actions, and the motivations he might have had. By contrast, the figure of Kahkewaquonaby gets idealized and then painted as something of a sell-out, and Gibson pleads with him to see reason, to resist the way that he is resisting, to join forces with him to fight the white oppressors. It’s a story that is about reckoning with white guilt but without actually doing that reckoning. Even if there is evidence that both men acted in something like this way, I’m not sure this is the story that needs telling at this moment in history. We need more stories that put aboriginal people at the centre. They are the ones who Gibson knew weren’t being heard. This play is just another example of that.

The production itself is patchy. Most of the cast is actually very strong, with the unfortunate exception of the actor playing Kahkewaquonaby, who starts out well but then seems to be constantly reaching for his lines, especially throughout the second half of the show, which inevitably brings the quality of the action down. There are also a few design choices – namely to mime drinking and eating, as well as writing – that seem a bit amateur, and are magnified by the lack of uniform cast strength.

The play certainly asks us to reflect on our current political situation today, and the kinds of stories we should be telling, but not in the way it set out to do.