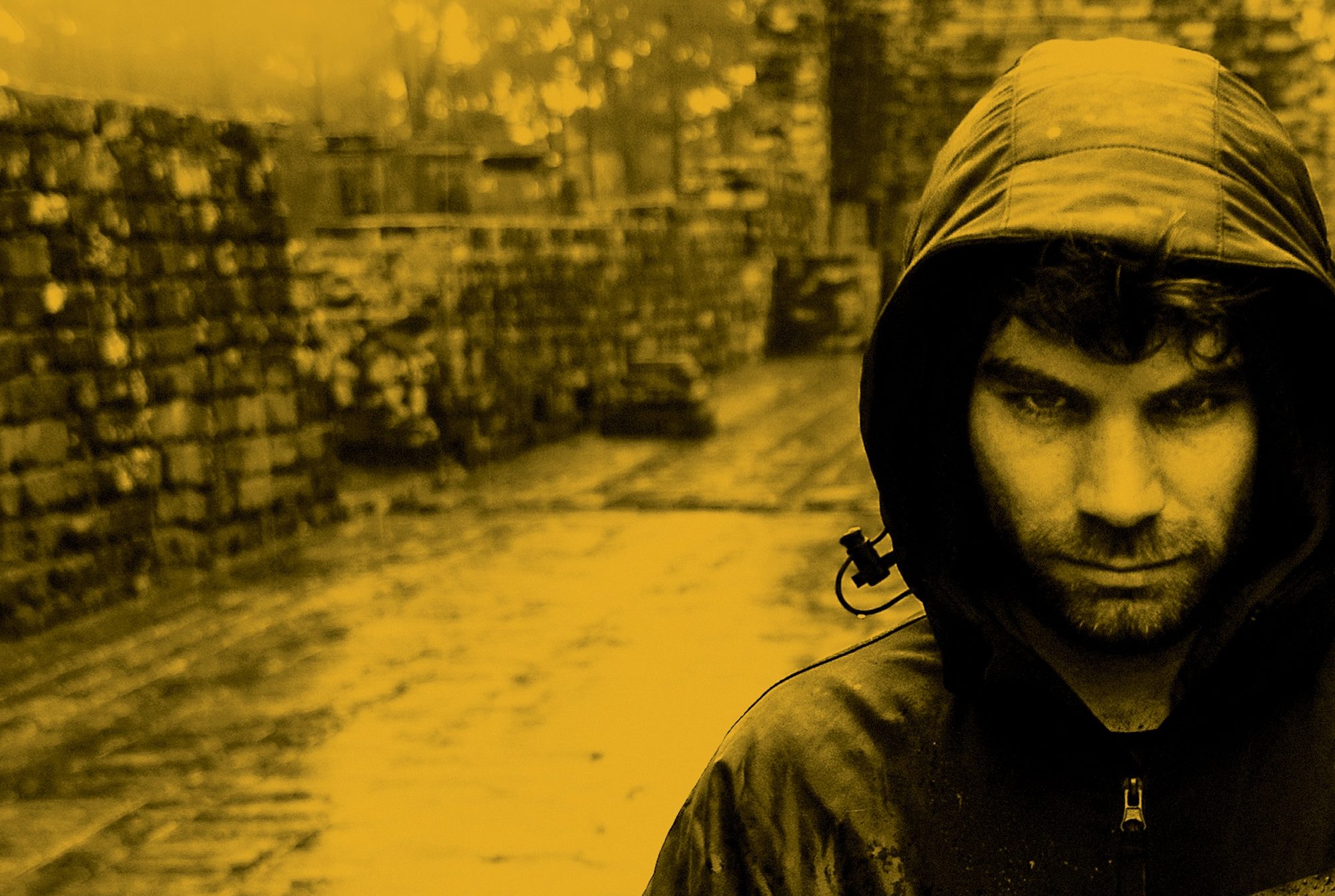 Fire in the Meth Lab (A)
The perfect balance of big comedy and serious reality, Jon Bennett’s play about his brother Tim is easily the best solo show I’ve seen all Fringe. An engaging storyteller who makes an immediate connection with his audience, Bennett spins a gripping tale that’s at once painfully relatable and seemingly improbable. Framed by letters he and Tim wrote to each other while he was in prison, the story of how the “asshole big brother” in a hyper-religious Australian family became a meth addict, drug dealer and, eventually, a convict is heartbreaking and hilarious. Bennett smartly focuses much of the runtime on his and Tim’s early years together- his brother’s bullying and addictive personality laying the groundwork for his eventual tragedy while providing excellent comedic fodder (one of Tim’s earliest addictions was Australian popstar Jason Donovan which Bennett illustrates with the show’s best recurring gag- Jason Donovan trivia from his official board game). This show has a big heart and an important message; it also happened to make me laugh harder and more consistently than anything else at the festival. I only wish I’d seen it sooner.

False Start (A)
One of my favourite dramas of the festival, Green Box Theatre’s False Start is a breath of honest, everyday air in a festival crowded with dystopian apocalypse and high-concept sci-fi. Though their emotions and relationships are complex, there are just two regular, simple human beings in playwright Nicole Hrgetic’s touching story about a couple now and then. Elizabeth Adams and Dylan Evans play Zoey and Jake in highschool, showing how they met, their courtship, and the intense events that shaped who they would become. Who they become is Andrea Brown and Andrew Knowlton who play the grownup versions of the characters as they bicker about laundry, complain about their jobs, and try to get pregnant. Brown and Knowlton’s connection is the highlight of the show, their realistic ease and comfortable physicality as a couple wordlessly selling their long history and keeping the root of the relationship stable even in their most generic of fights (he cares too much about football and doesn’t listen enough!). Director Mani Eustis thoughtfully chooses when to keep the other couple onstage when it’s not their scene and when to send them away- adding memory or premonition to key moments and leaving others isolated. A late-festival discovery, False Start was one of the best surprises of the Fringe.

Finding Funny (A-)
Another simply great solo show, Daniel Stolfi’s ode to stand up comedy and the wide array of weirdos who perform it is a tour de force of character work and a charmingly delivered origin story at the same time. Over the course of the hour, Stolfi plays a nervous hack comedian, the confident telenovela star from whom said hack stole his act, a gruff Italian-American with a new take on the classic “orange you glad I didn’t say banana” bit, a Lecoq-trained mime who relies on fart jokes, a petty storyteller with communication issues, and some version of himself. With nothing but a single costume piece (a blazer, a scarf, glasses) and a lighting shift to differentiate each character, they’re somehow all so distinct that the possibility that it’s not all one actor may very well flit through your head. He reacts to audience distraction well (a kid at the Saturday performance kept interrupting), executes all the character transitions with incredible ease and, along the way, makes a compelling argument for the power of comedy.

The Road to Santiago (B)
Yet another solo show, this straightforward story told by Rory Ledbetter about his and his fiancée’s experiences walking the Camino de Santiago pilgrimage is entertaining and endearing but gets lost a bit in the sea of more inventive takes on the one-man form.

The Harvester (B)
Well acted by Chloé Sullivan and Daniel Pagett, The Harvester is a hyper-serious dystopian tale about a society that lives off something called “liquid time”. A cheap twist at the end undermines the emotional reunion that came before (Pagett’s best moment) and the sad, subtle subplot between Pagett’s “harverster” and the sentient robot who’s been his only companion (Sullivan’s best work is the incredible nuance she brings to this voice-only role). A promising sci-fi premise meets weak storytelling execution to make a script that doesn’t live up to its potential, no matter the efforts of the actors or designers Erica-Maria Causi (set) and Steve Vargo (lighting) who’ve together created one of the most memorable character entrances at the festival.

Common Ground (C)
This real-time play about hostages who find, you guessed it, common ground when they’re locked together in the back room of a convenience store plays with the best themes of something like Bel Canto and even attempts the trickiest feat of humanizing the armed attacker who placed the characters in their Huis clos situation. An Israeli army vet (Mishka Balilty), a middle-aged lesbian lawyer (Susan Finlayson) and the store’s clerk- a young black man (Cameron Grant whose immense charm and wide-eyed vulnerability easily made him the best in the cast) take turns discussing the issues that affect their community while learning to appreciate one another in a high-stakes situation that doesn’t seem all that scary. I applaud the intention but even a tiny bit of subtlety would have made a world of difference.