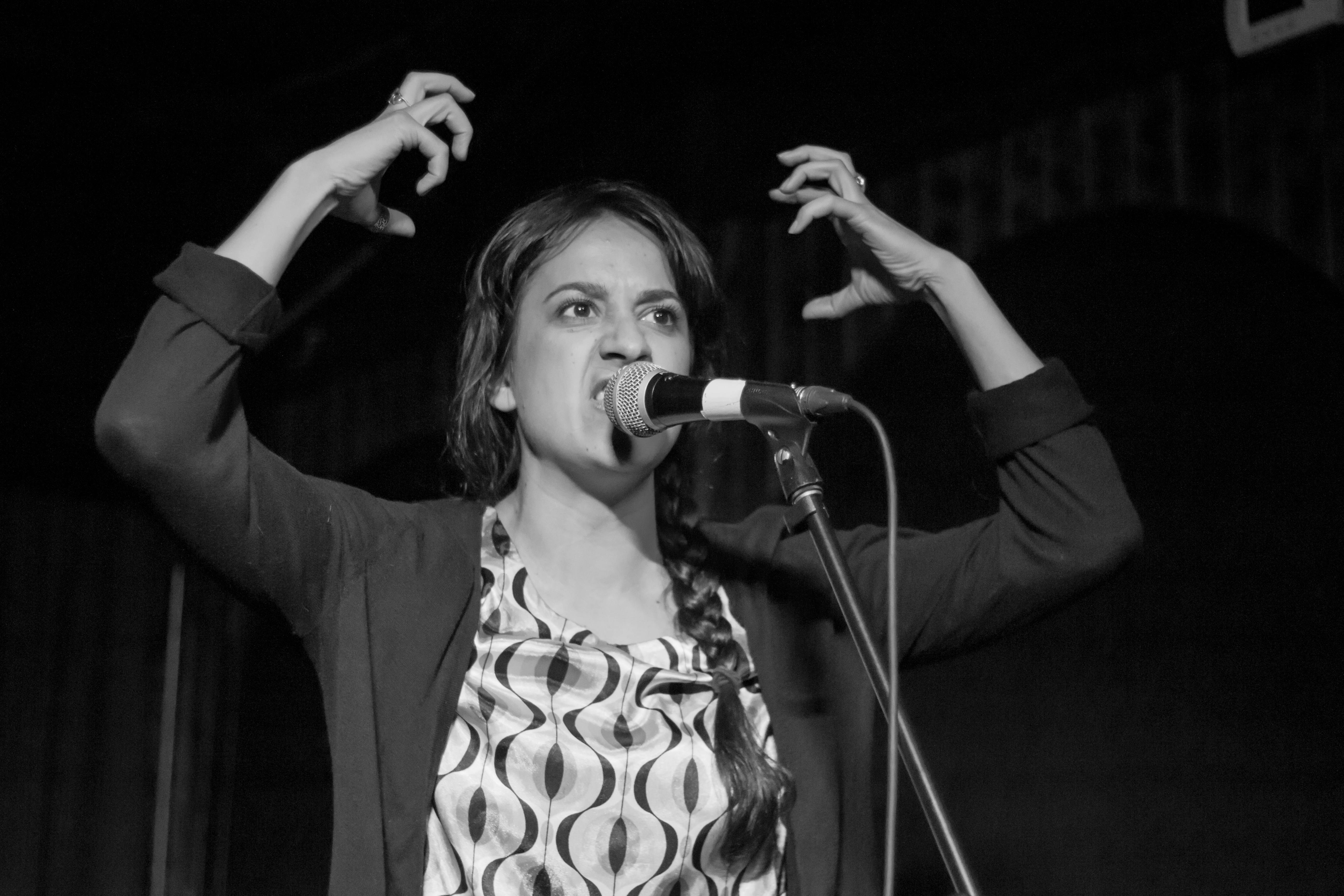 Pressgang Storytelling (B+)
For a more laid-back Fringe experience, Graham Isador is hosting his long-running evening of comic storytelling over at the Handlebar on Augusta. Each performance features a collection of six or so performers who get up onto the small stage area in a corner of the bar and regale the audience with a series of embarrassing, affirming, confusing, and usually hilarious biographical anecdotes. It’s hard to be specific about the performers given that the lineup changes from show to show; suffice to say that everyone who performed on the night I attended was a fun and engaging. While united in telling us a personal story, each brought a unique style of delivery to the evening. Isador is an amiable and charismatic host, starting off the evening with a story about his rebellious attempt to insert the music of Celine Dion into his sixth grade music recital. Kye Fox and Helder Brum also told of youthful traumas, one involving an existentially conquered bully and the other a fully devoured red pepper. Justin Miller easily guided the evening into a more contemplative tone with his first story about growing up with an affinity for women’s wear, and his second appearance in the role of Perale Harbour was a brassily quick dip into a discussion on gender (with some lovely accompanying guitar work by Steven Conway).

The very funny Rhiannon Archer was by far the most successful in terms of delivering a stand-up set, as well as the most ambitious with her story, telling a long, inter-connected story that began with tonsils surgery and ended with the agonizing birth of her child. Amy Cunningham’s closing performance was the most intriguing: her onstage persona is both extremely articulate and stammeringly self-conscious, a delicate balancing act that in the right circumstances can probably catch immediate fire with an audience; here it was more of a fascination, but still a compelling performance (not to mention absurd and funny story). So, having said I couldn’t be too specific about the acts given that their presence at every show isn’t guaranteed, I’ve gone ahead and done just that. But it’s a good indication of the kinds of talented performers Isador has gathered; drop in at the Handlebar to see what Toronto’s comic scene has to offer.