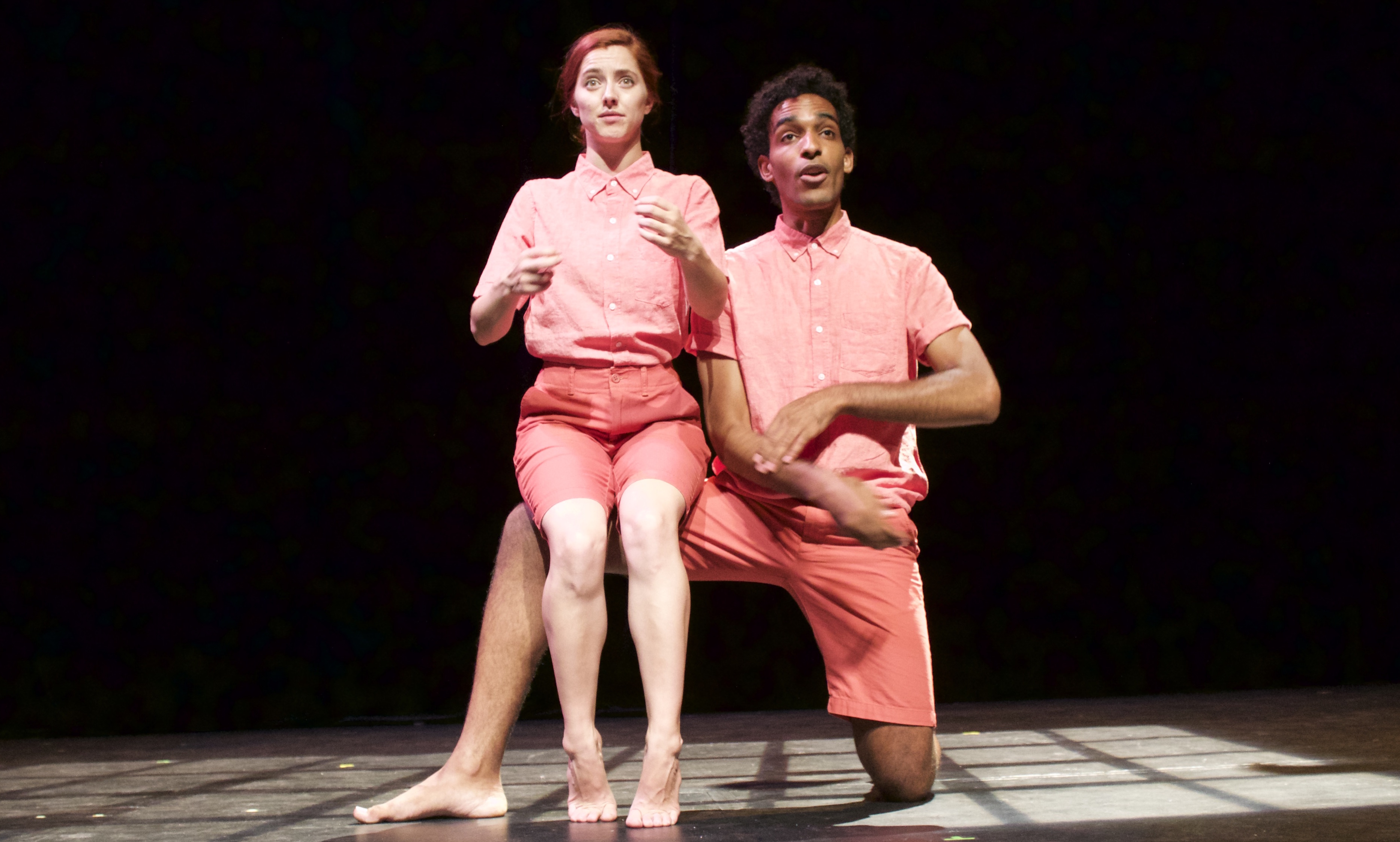 Far Away (B+)
At a certain point you stop expecting to understand Caryl Churchill and just let Caryl Churchill happen to you. Did I have any clue what was going on in Far Away, who the people were, how they knew each other, why some were moving strangely and some standing still, what it all meant and what the playwright was trying to say? Absolutely not; no clue (some guesses, sure, but certainly no answers). But I understood how they felt- about themselves, about each other, about existing in the world as it is in this vague dystopian future. Michela Cannon and Michael Ayres give incredibly compelling performances that had me easily invested in what was happening to them, even if I never quite knew what that was.

Damn Tank (B+)
A thoughtful script by Maaor Ziv & Taylor Hammond (one of countless dystopian future texts at this year’s Fringe) follows an unexpected pair of female outlaws on a mission to help those dying of “The Sickness” by illegally euthanizing them (then stealing their stuff, but that’s less helpful). Elley-Ray Hennessy and Zenna Davis-Jones make a great pair, the latter in particular delivering one of the great understated performances at the festival. Russell Wiler as their recruited partner in crime is far less interesting, almost to the point where it appears intentional. A terribly silly section in the middle involving a man named José feels tonally out of place but only because the rest of the piece, though funny and strange, is not silly at all.

Birthday Cake (B)
Playwright/performer Sarah Marchand’s absurdist solo show is not like other solo shows, most of which follow a pretty standard formula and tone. At its best, Birthday Cake is so much more than that. It’s strange, upsetting, funny and brave, tackling massive themes but leaving it up to the audience to find the messages that matter to them in the guise of a wacky burlesque routine. At the close of that stunning, uncomfortable sequence, Birthday Cake takes a sojourn towards the standard solo format. It’s still a strong story being told well- confessional, moving, relatable- but it’s less special. This is followed by a puppet show and a musical number which are impressive (Marchand’s voice is killer) but seem a bit like throw-together ideas to stretch the runtime. In the end, Birthday Cake feels a bit like a resume show. It’s an impressive set of special skills on display- singing, dancing, puppetry, clown, Shakespeare- but Birthday Cake only really makes sense when its hyper-focused on making us understand Marchand’s story not just appreciate her talent.