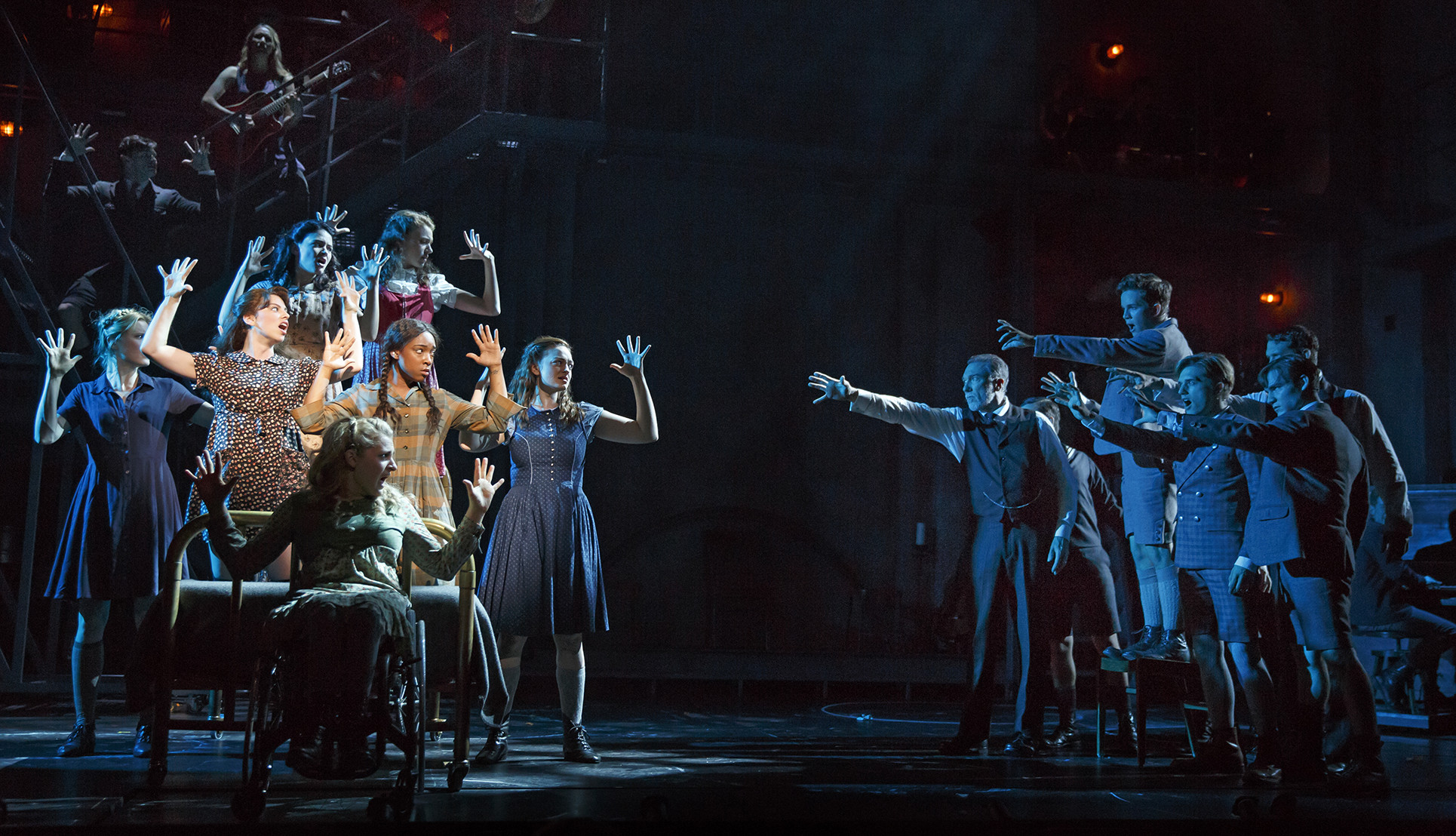 As I toiled at my college dorm desk in December of 2006, cursing my political science methodology thesis, my classmates were breaking dorm policy by blaring music during quiet hours. Not just any music – the same iTunes playlist that had been on repeat all day. Most type A personalities would have been infuriated, but, as I looked at the stack of international relations, statistical analysis, and political theory books piled on my desk, the chorus of the then-streaming song seemed fitting:

Steven Sater and Duncan Sheik’s musical Spring Awakening was undoubtedly the most popular musical for young adults that opened when I was in college. This tale of teenage sexual discovery, repression, and angst (replete with a healthy dose of anti-establishment) was unlike any of the musical theatre faire that had graced the Broadway scene in years, and it struck a chord. Therefore, it might surprise you to know that, until this past weekend, I had never seen Spring Awakening live nor (willingly) listened to the entire cast recording. The show that my peers were glorifying struck me as, for lack of a more eloquent term, “emo.” A show with dark, depressing themes and a ballad-filled score did not set my heart ablaze nor entice me to fly to NYC.

When I heard Spring Awakening was being revived, I dismissed the news, until I saw that the new Deaf West Theatre production would integrate ASL staging and feature both hearing and non-hearing actors. I was intrigued, and rightly so. Spring Awakening is a stunning, fresh, and gloriously staged musical with a supremely talented cast that infuses every line, and every sign, with creative depth and passion. The imperfections of the original book remain, of which there are many, and the production has its missteps; however, as a whole, the creative integration of the history of deaf education and the staging, showcasing numerous forms of communication in a musical principally about a serious lack of open communication between adults and teens, elevated the show.

Set in a German town in the 1890s, Spring Awakening explores themes of sexual discovery, potentially dangerous social conservatism, and the need to challenge untenable political and religious convictions (even socially accepted ones). The musical tells the story of a group of young people, including Melchior Gabor (portrayed by Austin P. McKenzie), a charismatic free-thinker who has rejected his family’s religious ideals, Moritz Stiefel (Daniel N. Durant), a hardworking but underperforming deaf student who struggles to deal with his sexual awakening, and Wendla Bergmann (Sandra Mae Frank), an innocent girl who develops a relationship with Melchior and pays dearly for it. Melchior, Moritz, Wendla, and the other children live in a village where schools feel like prisons (thanks, in large part, to Dane Laffrey’s stark but effective scenic design), squashing critical thinking and emotional awareness, and where religious institutions are well regarded. Despite Melchior’s assistance, Moritz is on the brink of failing out of a school that refuses to let him sign in the classroom, and he struggles to concentrate in class because his dreams are “haunted” by sexual imagery. As one of the few enlightened teenagers in town (i.e., he reads books), Melchior explains that Moritz’ experiences are normal. However, this advice cannot undue the damage done to Moritz’ school career, and Moritz is expelled. Meanwhile, Melchior and Wendla’s childhood friendship develops into something more, culminating in a sexual encounter that leaves Wendla pregnant. Victims of social intolerance, Moritz and Wendla’s stories end tragically, and Melchior is left to cope with the aftermath.

To appreciate Spring Awakening, it is helpful to understand two things. First, the musical is based upon a play written by Frank Wedekind in the early 1890s, which similarly explores sexual fantasy, repression, rape, abuse, suicide, and abortion – heavy and controversial subject matter for that time. Second, while unknown to Wedekind when he penned the play, the repressed teenagers depicted in Spring Awakening would eventually become power-wielding German adults during the rise of the Nazi party (a fact that is rather brilliantly alluded to in the staging of one scene that ends in a fleeting Nazi salute).

As I previously mentioned, director Michael Arden and the Deaf West Theatre creative team have crafted a distinguished production through creative staging and an embrace of ASL as an artistic method of expression. The interplay between modes of communication is particularly striking. For example, when Moritz tells his father that he has been expelled, father and son have a silent but physical confrontation using ASL – one of the few moments in the play when signing is not accompanied by spoken word or song. Hearing audience members rely on projected translations to follow the argument but, truthfully, no translation is necessary. The body language of the actors says it all. It’s a chilling theatrical moment that is made even more heart wrenching when the Moritz’ father suddenly vocally screams at his son – disrupting the silence and heightening the tension.

While I would very much like to proclaim every member of the ensemble a resounding success, the casting of this production left me with mixed feelings. Daniel N. Durant shines as the high strung and distraught Moritz, with his “voice” Alex Boniello bringing a badass rocker quality to Moritz’ inner dialogue.* Notably, the scenes depicting Moritz’ emotional turmoil and eventual suicide call on Durant and Boniello to interact as if they are independent parts of Moritz’ psyche and, yet, the same person. These two actors brilliantly convey this shared connection while maintaining their individuality. Sandra Mae Frank and Wendla’s “voice” Katie Boeck share similar moments as Wendla, although Boeck and Frank never quite achieve the same level of success with respect to their shared identity. Too often, Boeck seems like an older sister or advisor to Wendla. That said, Boeck is a strong vocalist and both Frank and Boeck convey Wendla’s innocent demeanor quite well. Ensemble members and Broadway veterans Krysta Rodriguez and Andy Mientus bring much needed humor to their roles, and Rodriguez has a deft ability for conveying strong emotions even when she is not the focal point in a scene. Rodriguez’ duet of “The Dark I Know Well” with the magnificent Treshelle Edmond is among the best in the show with these two powerful ladies conveying great emotional insight in both their expressions and in their signing. Less successful was veteran Camryn Manheim as the various adult women and, sadly, Austin P. McKenzie as Melchior. Manheim’s characters tended to blend together, and she has a penchant for yelling, which grows tiresome. McKenzie’s greatest flaw is his seeming inability to convey passion in any form – his Melchior seems detached from reality and, despite suggestions that Melchior has formed strong relationships with Moritz and Wendla, the chemistry between McKenzie and his fellow actors never fully blossoms.

Ultimately, the conglomeration of song and sign in Spring Awakening has reinvigorated this much-lauded musical, and, while I am admittedly in no position to compare the current production to the original, I will say that the re-imagined staging allowed me to enjoy Spring Awakening for the first time.

*For several roles, including Moritz and Wendla, both a hearing and a non-hearing actor work together to craft a single character.