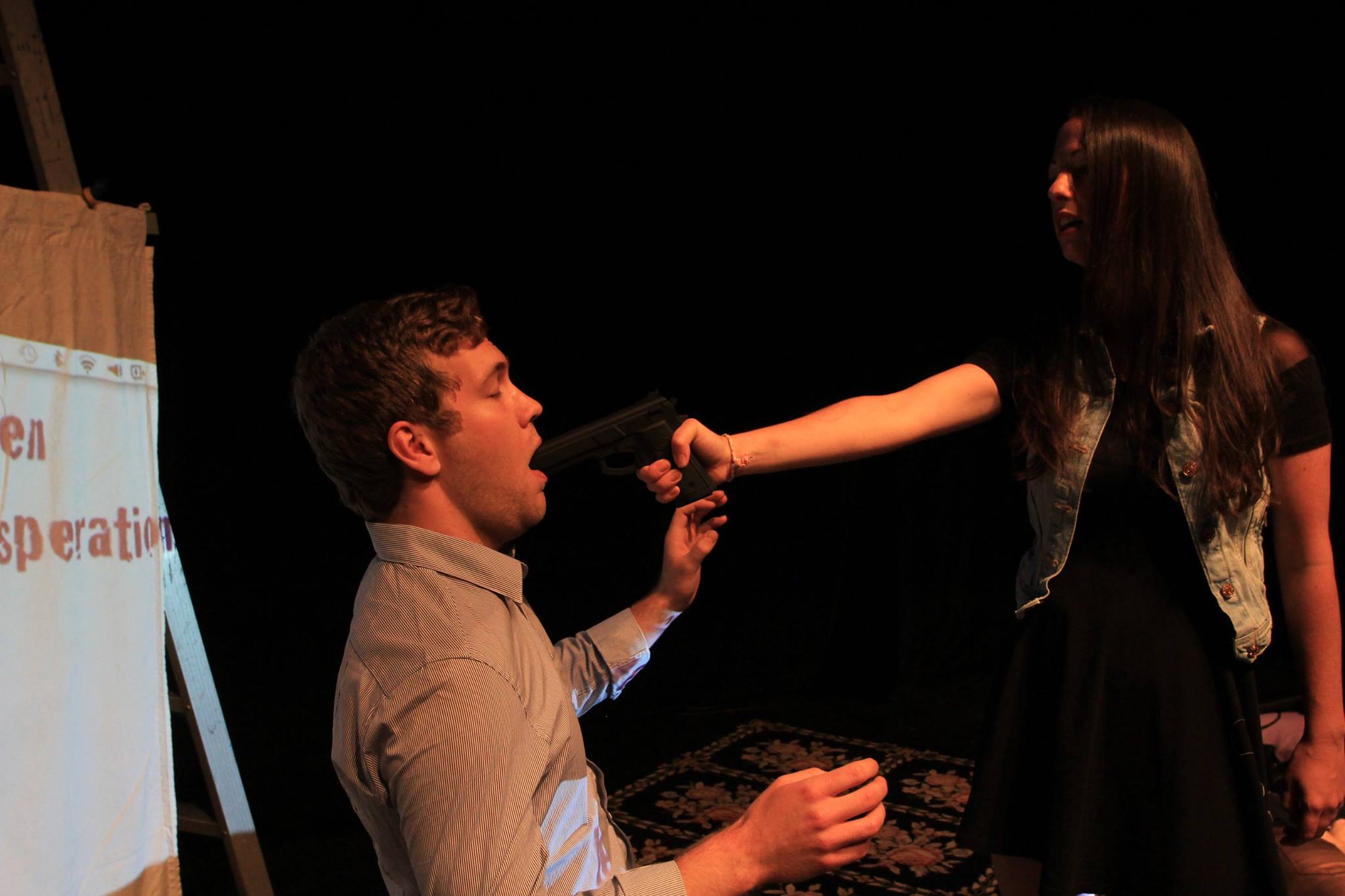 Valkyrie (B)
I want to split this review in half. On one hand, I want to talk about Monique Renaud whose star turn in this contemporary version of the Norse myth of the valkyries is nothing short of mesmerizing. Funny, furious and infuriating, her performance as Bradley is the reason to see Valkyrie (for the record, both Tara Koehler and Spencer Robson are also fairly excellent). On the other hand, I have to talk about Thomas McKechnie’s script, which elicited the opposite reaction. Modern retellings of myths are a trope I’m fairly tired of seeing in general but one this thematically derivative and socially problematic is just plain frustrating. There’s a (scary) world in which the story of badass women taking violent- so, so violent- revenge on men they find via the icky Ashley Madison website is seen as “empowering” but in the real world it’s a terrifying, unhinged overreaction that allows the lone male character to call the women “crazy bitches” and not be wrong. Some of the festival’s best acting in one of the festival’s most aggravating plays averages out to a middling B despite Valkyrie‘s love-it-or-hate-it extremism.

Emerald City (B)
My performance of Emerald City began with writer/director Darren Stewart-Jones standing centre stage, explaining to the audience that one of his actors had had a death in the family and thus he (despite having not appeared in a musical in over 15 years) would be playing the part of the Scarecrow. Though the show most definitely went on, the effect of this last minute crisis management really altered the production; I would argue for the better. Fringe musicals have a tendency to be bad, usually because the original music, lyrics and book aren’t up to snuff or because they couldn’t find performers with strong enough voices. Emerald City sidestepped that first pitfall by using the American Songbook and classic characters from The Wizard of Oz. It’s an overly safe move that really limits the creativity of the piece but it makes for strong storytelling and standout musical moments, guaranteed. Stewart-Jones has also assembled the best musical cast I’ve seen this Fringe, led by the strong and charming Christie Stewart as Dorothy and highlighted by Dillan Chiblow’s adorable and angel-voiced Cowardly Lion. The established songs and characters pair with the strong cast to make a very well-executed production with less of the ambitious spirit that marks the completely original pieces. However, that missing extra bit of charm is more than recaptured in Stewart-Jones’ performance as the last-minute Scarecrow replacement. Script in hand, he wobbles through the role with a smile on his face and a self-aware twinkle in his eye (the best moment is when he completely forgoes the more complicated choreo in favour of standing still and waving his arms). In a weird, backwards way, an unfortunate run-in with Murphy’s law actually worked in Emerald City’s favour.

jem rolls One-Man Traffic Jam (B-)
This is going to be one of those really annoying reviews. You know the ones, the completely clueless “I don’t know what I’m talking about” reviews that so often plague dance theatres and Shakespeare troupes and opera companies. Even more than that, this is one of those super annoying “This just isn’t my thing” reviews, like when I can’t find another staffer to cover Beckett. I sincerely apologize for both of those realities. I ordered tickets to see jem rolls because he’s a Fringe staple and I wanted to know what he was all about. Apparently fast-paced, stream-of-consciousness poetry is what he is all about. When it comes to most poetry, I will do that thing I never do and admit that I don’t know what I’m talking about, and this just isn’t my thing (that last admission happens more often). It seemed to me that what jem rolls delivers in this year’s Fringe is very technically impressive. He plays interestingly with rhyme schemes and, on the most basic observable level, accomplishes the amazing physical feat of saying more words in a single hour than I’ve ever heard anyone say before (barely seeming to stop for breath). The crowd seemed to like it, but I found it hard to follow both because of the speed, the poetic form, and the English accent, and because the non-linear nature of the performance made it hard to engage with on a story or character level. I’ve graded a lot of shows lower that I liked a lot more but here I have to admit that I just wasn’t the right audience member more than jem rolls was the wrong performer.

In Denial (C-)
I love theatre clowns. There’s a purity to the form that I find incredibly refreshing; how many other mediums are so free of cynicism? Encountering Rachel Resnik in character as her clown Velma outside the Tarragon Theatre in a rare Morro & Jasp-less Fringe Festival, I was instantly charmed and reminded why I love clowns. Velma greets every single audience member (remembering a shocking number of their names on first try) and leads a surprisingly successful “Let it Go” singalong as the latecomers take their seats. Unfortunately, the actual show itself that resides inside the frame of her indomitable adorableness is severely lackluster and really not that clowny. In Denial reads more like the one-woman show of an overly quirky twenty-something (which it technically is, I guess, if you ignore the red nose) than the adventures of a mischievous clown. Velma makes dirty jokes that land flat and relies on mockery for laughs rather than action and exploration. If you see her wandering around the Fringe, definitely talk to Velma, but maybe skip her show because it doesn’t quite have that perfectly sweet clowny goodness.