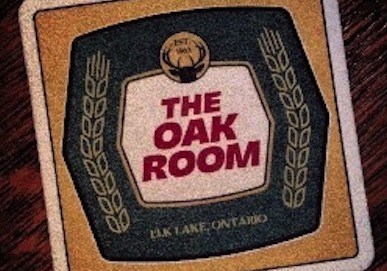 Michael at the Fringe: Sit Strategically

As soon as I sat down in the Annex Theatre for my first-ever Toronto Fringe experience, I realized that I had already made my first Fringe mistake. I failed to select a seat that would allow for an easy escape. Striding across the stage in the middle of a performance in order to leave is neither a good idea nor a respectful one. As we all know, shows for Fringe could quickly go either way. At this theatre in particular, given its odd octagonal-like shape and communal space between actors and viewers, I felt slightly locked-in. A general feeling of anxiety and excitement ensued – a kind of anticipation that characterizes the motivation behind any Fringe attendee.

Apparently, this is a festival with only one rule: no latecomers.  It is strange, then, that what I saw first – Bruce Pitkin’s rendition of I Hired A Contract Killer – ended up being exceptionally contrived and ordinary. When the play began with a cast-group shuffling on stage in long trench coats and detective-like fedora hats, my palm found my face. What I expected to be a theatrical experiment from the ‘fringes’ of society seemed uncomfortably similar to the most banal of high school productions. I could almost feel the presence of a high-strung drama teacher supervising from the rafters, counting his disciple’s steps as the show went on. A laboured, well-studied and devastatingly unfunny 90 minutes followed. The plot went along these parameters: After several failed attempts at suicide, a man hires a contract killer, but regrets his decision after spontaneously falling in love with a waitress. To be fair, this actually was a school production – albeit from a college-level program via the Randolph Academy for the Performing Arts. By your average academic rubric the show would get top marks for its tight choreography and confident acting, yet, by my own personal rubric the show bulldozed through several capital offences, the most painful of which was 95% of the dialogue being narrated by cast members in turn, which, essentially, degraded the experience from high school production to pointless lecture.

I travelled southbound for my next date, The Oak Room, at Theatre Passe Muraille’s Mainspace. Elevated from the space of the viewers, the stage offered a closed point of view that director Amos Crawley used to his advantage with visual restraint and modest delivery. This time, the plot was paired-down and more to my personal liking: In small-town Ontario, a sleepy bar is about to close when a man walks in. He tells a story about another bar with another late night visitor and a gruesome series of events. The anecdotes and hearsay exchanged by the characters slowly become more real, creating an arc of suspense that doesn’t snap until the play’s final moment. A minimal use of props and staging allowed actors to be naturally emphatic, supplementing the very human tensions at play. Their gestures and reactions, however slight, became boundless territory to read into the clues, incentives and secrets bubbling beneath the surface. Nigel Hamer, playing the boisterous barman, was especially engaging despite his performance overshadowing that of his cast mates. Regardless, The Oak Room calls for an intellectually stimulated viewer that is forced to listen as much as watch. The audience hung onto every word as the intensity built up and up. As much a reflection on restraint as on the power of storytelling, this second kick at the can got me paying a lot more attention.

The following day I returned to the Theatre Passe Muraille Mainspace for what came to be, naturally, an altogether different experience. The seriousness I had so valorised with The Oak Room was thrown out the window, set on fire, and run over by a car full of zombies and clowns. Sour Grapes was, in a single phrase, completely absurd. Allan Turner carried the majority of the play as his zombie-wolf-clown alter ego – Jean-Paul Mullét. Unfamiliar with clowning as an art form beyond the circus, I’m not so sure I will seek it out again, but if I said that I wasn’t completely won over by the end of this production it would be a lie. (After living in the United Kingdom for several years, I grew an appreciation for comedic absurdity – à la Father Ted or The Mighty Boosh.)  Turner took no prisoners as he interrupted his own bizarre monologues to engage with audience members and harass Fringe volunteers. As the show progressed, its content sank into deeper, darker territory. We learned our clown-wolf zombified himself through suicide and has come back to ruminate over the life-affirming experiences that he regretted having taken for granted. Turner’s bombastic delivery fittingly complimented the gems of authenticity and grace he placed throughout. A one-two punch of exaggeration and insight, the whole affair got much deeper than what appeared on the surface, which, after all, was a grown man acting like a cartoon animal.

I was on an upward swing of Fringe productions that went from awful to good to great. My restored faith was gratefully rewarded when I travelled back to the Annex Theatre for the last show on my roster, Give Up The Ghost. When considering these four plays as a group, I find the more involvement the actors had in the production, the more engaging the experience was. Give Up The Ghost had an effortless authenticity and flow that only a writer/director/actor-combo could provide. Julia Haist managed all three of these roles with conviction and skill, consistently avoiding the regular traps of being overly contrived and vain. Three siblings are called to a cabin in Northern Ontario where their Grandfather had recently passed. Up there they meet his surviving stepson and reconcile both the funeral arrangements as well as their feelings toward one another. The story was honest and subtle, allowing actors to flesh out their characters not into archetypes but into individuals who remind us of people we know. Staging, however, became an obstacle for both the actors’ space as well as the flow of the story – a table and chair frequently being moved around for not too good a reason. Haist’s most predominant talent, of her three, is clearly her writing. Comedic staging in live action theatre is especially difficult, but one moment in particular had me laughing uncontrollably. There was definitely more room for this to happen, and Haist should not have held back. Of these four plays, this cast had the best range, talent and chemistry of them all. Far too many theatre performances have actors looking like actors acting. Sometimes a nervous twitch or gasp for air can seem articulated and confident, breaking the illusionistic spell. Andrew Young, playing the stepson Gus, was especially good at exuding a nervousness that felt real enough to have the audience viscerally engaged.

After having experienced these four shows, selected at complete random and with vague expectations, I leave Toronto’s Fringe season with surprise and satisfaction. The theatre community of Toronto is dedicated and multi-faceted, and a festival such as this is one the best ways to access homegrown talent. Yes, there will be shows that aren’t good or even worth the $10, but that’s all part of the fun. Besides, when in doubt, there’s always that trick, which is to sit strategically (near the backdoor).