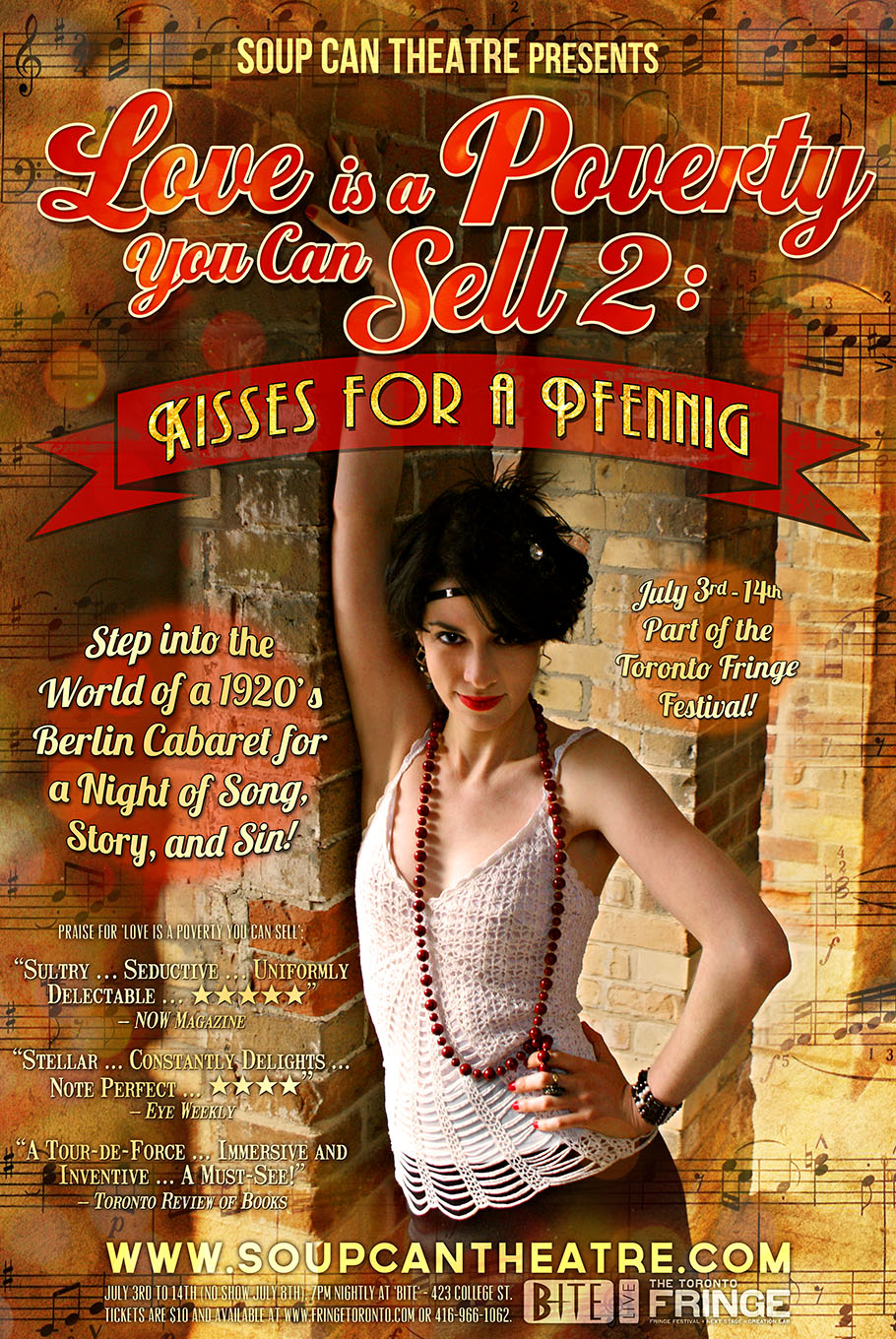 Kelly at the Fringe, Part One: Looking on Tempests, Shaken

I caught more bad breaks in my attempts to cover this year’s festival than I could have imagined when the week began. If I was cutting it close timing-wise? Bam, streetcar delays. I hedge my bets and choose a weekday matinee for a show I know is selling really well? Sold out anyway, of course (complete with sassy laughter from volunteers unsympathetic to my pain). I’ve got a full evening of back-to-back shows lined up at the same venue so I know there’s no chance of timing or ticket sales foiling my plans? The heavens open and a wave of misery descends upon my beloved city the likes of which has not been seen in half a century. Obviously.

From scheduling to staff interactions to show selection to sheer bad luck, this Fringe was sort of a nightmare. At least there was the occasional bright spot of just plain great theatre to make it all worthwhile. I’ll tell you about those sometime. In the meantime, here are the things I only sort of liked (or didn’t like at all).

I kicked off the festival with a show that I knew, for me, would hold very few surprises. It was a sequel to a show I remember well, from a company I see all the time, featuring at least a couple performers I know I like. There was no way Soup Can Theatre’s Love Is a Poverty You Can Sell II was going to be actually bad and thus the pessimist in me turned to them to ease me into the theatrical season my unadventurous heart finds most anxiety-inducing. The popular sequel to the company’s extremely popular 2010 cabaret felt more like a remount than a sequel. This version had a bit more dancing (though few of the cast members were particularly good dancers) and a more consistent cast of singers (the vocal highlights were the mesmerizing Natasha Negovanlis and, once again, lovely tenor Arthur Wright) but was largely the same, with one minimizing difference: without the element of tribute to a single unifying composer, the lack of narrative was more glaring than it was 3 years ago. Soup Can is uniquely good at creating an atmosphere that permeates beyond the stage, but Love is a Poverty too drastically chose mood over story, hanging its hopes for my entertainment on the strength of individual numbers and the appeal of returning narrators Hans and Jodel. The story was the same on them- three cheers for Scott Dermody’s likable Jodel, less enthusiasm for Ryan Anning’s dreary Hans (despite what a fabulously theatrical face that man possesses)- but the story they told this year was more tedious (something about a homicidal maniac getting his comeuppance) and the writing in general a little flat (though at least it was amusingly self-aware about this fact). The songs themselves seemed somewhat randomly assembled (would it kill Hans and Jodel to provide us with some linking factoids or something?) but were generally either amusing or affecting. The most dramatically interesting was by far Natalie Kulesza’s beautifully nuanced “Coin Operated Boy”, though her voice floundered a bit on the belt. The most amusing was either Michael-David Blostein’s “Don’t Be the Bunny” (a boringly typical role for him, though I suppose if it aint broke…) or the broadly cross-dressed “Mein Herr”. The fishnetted chorus boys stole the scene of the latter to get the audience far more riled than expected, though I couldn’t help wishing that more attention was paid to Christian Jeffries, whose actual performance of the song was fairly fabulous all on its own. The singing cast generally delivered across the board (though I’ll admit that I was expecting more from the highly touted Jeni Walls). Love is a Poverty II was fun at times, theatrically and/or musical effective at others, but it just didn’t seem to have as much of a point as I wanted it to. I knew I could count on Soup Can to deliver something decent, but usually I can count on them to deliver something that seems to exist for a reason beyond “well, this was fun last time!”.

From there I moved over to the Robert Gill Theatre to visit another standout from the 2010 Fringe Festival- Keir Cutler. The monologist behind the great Teaching Shakespeare was back in town with something called Teaching Hamlet so you better believe I was going to see it. But I shouldn’t have. I wish I’d read a thorough description and had the good sense to stay away because, although the 2-hander is, I suppose, decently executed, it both bored and infuriated me in equal measures (a balancing feat, I know). While Teaching Shakespeare was actually about Shakespeare, Teaching Hamlet has literally nothing to do with Hamlet. It’s about The Authorship Question- an outlandish and academically reviled theory that pretentiously asserts that the man from Stratford-upon-Avon known as William Shakespeare wasn’t well-to-do enough to have written the plays of “William Shakespeare”. I went over this in my review of the laughably terrible 2011 film Anonymous, so I won’t tread the territory again but to ask why the Oxfordians are so convinced that it would take an Earl to write something as audaciously crude as Romeo & Juliet‘s 2.1? Set aside how angering The Authorship Question is, what really doesn’t work about Teaching Hamlet is how the theory is presented. Its lone spokesman is Cutler’s character, a man so sniveling and untrustworthy that it’s hard to believe the playwright even believes what he’s saying (which he does, it says so in the program). If you’re trying to make an argument, why make the arguer a joke? The only particularly effective thing about Teaching Hamlet is Brett Watson, who plays the dispassionate and doubting actor roped into the Oxfordian cause. Watson is engaging and energetic and, without him, Teaching Hamlet would have been a complete loss instead of just an exercise in tolerance.

I finished out my first night at the Fringe with an 11pm show of Jesus Freaks also at the Robert Gill. This show represented a very Fringe-y problem: it was insurmountably amateur. Now, I know that sounds Super harsh, but what my choice of words means is that these are not necessarily untalented artists, they’re just really not ready to be judged on the same platform that once held Kim’s Convenience. It’s not fair to use the same criteria. This was clearly a script devised by a bunch of friends with a shared sense of humour and list of gripes with organized religion. It’s not a particularly nuanced or clever script but, to a very specific target audience, I’m sure it was well-liked (just not by me). The acting was universally stiff in a straight-out-0f-college-theatre way and the staging was more utilitarian than thoughtful (complete with dreaded blackout set changes). These are all pitfalls that characterize the first play someone’s written, their first shot at directing, an early stage in an actor’s career (or, perhaps more likely, a fun outing for part-time actors with real day jobs). I don’t know if this actually was Sam Edwards’ first time writing, directing and starring in a play (his charm and comic timing as Pope Francis actually made him the highlight of the cast, but didn’t quite save his script). If it was, I think he should keep going. If not, I think it’s time to bring in an outside eye to help the company grow up a bit.