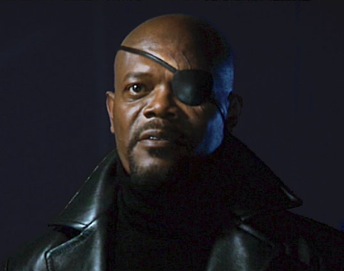 Since Hollywood has apparently decided that the Summer movie season begins in March now (both 21 Jump Street and The Hunger Games would normally be playing to the sold out crowds of summer), I’ve decided to get a jump start on my summer movie planning. In four installments, MyCinema will be rolling out our SUMMER MOVIE PREVIEW, going in depth into each of the summer movie months to try and parse out the best options for each.

We start with May, which for the record, is also not really a summer month. But it is indisputably the start of summer movie season, what with featuring a movie guaranteed to be a blockbuster hit, an uproarious comedy, and a throwback sequel that’s probably not necessary. Let’s delve in, shall we?

The Avengers – On May 4th, to start off the summer movie season right, buy yourself some early-sale tickets and lean back to watch the culmination of years of Marvel Big Screen fantasticness. Iron Man, Thor, Captain America, The Hulk, Scarlett Johansson, Jeremy Ritter, Robin from How I Met Your Mother, Samuel L. Jackson’s right eye, and many others will band together to fight the forces of Loki, and something that looks kind of like a Transformer in the trailers. The trailers so far have been pretty great (despite the Transformer) and also pretty cagey about what the film will be about. Despite a couple of individual movies that have failed to live up to their promise, Marvel has been doing a pretty good job of compiling their universe and getting the pieces in place for this climactic event. Add to that a smidgen of behind the scenes of talent (notice how I went this long into my preview without even mentioning Joss Whedon? Maturity, people), and this movie is guaranteed to be, at the very least, a fascinating and exciting superhero caper.

The Dictator– March 11th I sort of feel like I should be over Sacha Baron Cohen by now. Dumping “Kim Jong Il’s” ashes onto Ryan Seacrest was not nearly as funny as falling ass first onto Eminem, nor was it as insightful (the latter playing off of Eminem’s perceived homophobia, the former playing off of… Seacrest’s normal lack of ashes all over him?). Plus, even five years after the release of Borat, I still can’t stop saying “Very nice” and “High Five” in the voice. It’s annoying, even to me, and I blame Sacha Baron Cohen. But The Dictator looks like fun, and Cohen is a unique comedic voice who is given a surprising amount of free reign to make his movies. While I doubt The Dictator will reach the satirical bite that Borat perfected, it looks like a funny, challenging early summer comedy. But, as someone who has ended up sitting next to her friends’ parents at both Borat and Bruno, maybe be careful who you see it with.

Moonrise Kingdom– May 25th (Limited Release) Wes Anderson’s latest offering looks, from the trailer, patently Wes Anderson. For me, that isn’t a bad thing, especially when it features new-to-the-Anderson-talent-pool Edward Norton and Bruce Willis. Plus, at the very worst, we will get likable characters acting strangely in beautifully shot and intriguingly colored landscapes, as is the case with all of Wes Anderson’s films (Royal Tenenbaums, Rushmore, The Life Acquatic with Steve Zissou).

Dark Shadows– May 11th. It’s not really a good sign when a movie that features Johnny Depp collaborating with Tim Burton has pretty much no press before hand. I was shocked to find out Dark Shadows was even coming out this year. And the decision to set this remake in the 70s makes me worried it will just be a campified rehashing of an already pretty campy property. But I like the Burton aesthetic despite its dilution over recent years, and I’ll probably end up shelling out money just to see what he did with this strange story. Plus, vampires.

Men in Black III – May 25th. This is not an essential sequel. I have no real desire to find out what K was like as a young lad, even if Josh Brolin does do a remarkable Tommy Lee Jones impersonation. And Will Smith has played his Men in Black character in pretty much every action movie he’s been in since the first Men in Black, so it’s not exactly exciting to think of him retackling the role (especially when Smith could be expanding as an actor). But… I really liked MIB, and still do, and can’t really complain about such a fun series coming back into my life. And if they pull off the impossible, and actually make a good film? Well that’s just a bonus.

Battleship– Not even the inexplicable presence of Liam Neeson and the face of Alexander Skarsgard can convince me that this movie will not be one of the weirdest commercials for a children’s toy ever.

What To Expect When You’re Expecting– Although not exactly on my must-watch list before, seeing the recent “Dude Squad” ads for this feature has only served to make me want to see it less. I’m just not sure who they made this movie for. The advertisements seem designed to minimize the role played by the ladies in this picture, in favor of some cool/put-upon dad comedy featuring Chris Rock (really, Chris? Really?), but despite my normal love of dude comedy, it’s only served to make me want to see this film even less.

The Other Movies About Which I Know Very Little

The Best Exotic Marigold Hotel– a lot of British people are in this.

The Samaritan– if you only see one Samuel L. Jackson film this May, probably make it The Avengers. But if you see two, maybe check out this IFC Films release.