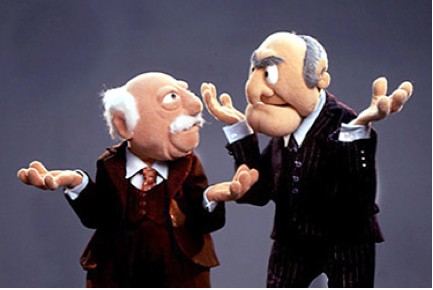 A Grumpy Girl’s Guide to the Academy Awards

It’s been quite a few years since I’ve really, truly cared about the Oscars, but before that I was their biggest fan. They never gave the awards to the right people, and most of the presenters were lackluster, and the hosts seemed to have an incredibly thankless job, but god did I love it. Every year, it felt like this night was for all of us film nerds and celebrity aficionados, people who read Deadline like it was The Bible and spent more time than was sane chronicling the prospects of projects thousands of miles away. The glitz and glam rarely disappointed, and if I didn’t think too hard, I was able to convince myself that the awards really meant something.

And then, over the years, they just kept chipping away at me. Don’t get me wrong, I’m not some indie-film maven upset by the mainstream selections. And I understand that the Academy may never recognize why comedies deserve just as much praise as dramas. But when the Academy failed to recognize greatness when they found it (Crash over Brokeback Mountain? REALLY?!) and completely ignored greatness when it was wrapped inside genre packaging (The Dark Knight and this year’s Girl With a Dragon Tattoo) and then continuously missed out on amazing performances in favor of the same five actors year after year, my little wide-eyed optimism began to slink away into a corner to rock itself to sleep and watch Julia Roberts’ acceptance speech over and over again to numb the pain.

And this year was a particularly bad year for my grumpiness. The expansion of the Best Picture category from 5 to 9/10 pictures should mean that all sorts of films can get recognized. Instead, this year it means that a bunch of perfectly pleasant pictures get to sit alongside Oscar-bait garbage. Of the 9 best picture contenders, I only really loved one of them and sincerely liked one other. And I didn’t think this year was short on greatness, I just think the scope of the academy awards was too small to see it. And don’t even get me started on the acting, directing, and writing nominations, except to say that I feel like Michael Fassbender is being unfairly punished for the fact that most people can’t stop giggling about how naked he was during his truly astonishing performance in Shame.

Anywho, I wasn’t going to watch The Oscars as a protest (part protest against the nominations, part protest against the increased traffic every time I’ve had to run errands in Hollywood this week), but I gave in. Despite everything I just said, I want to be the awe-struck 11 year old again who believed that Hollywood was a meritocracy. So here’s a Grumpy Girl’s Guide to the 2012 Academy Awards:

To try and make a year that was guaranteed to fall neatly into place a little more exciting, I decided to play both the Scorsese drinking game made popular by the ladies of Bridesmaids and Oscars Bingo, which lets you mark off squares based on events occurring during the show. Both were quite entertaining, and served to make the surprise-free evening a little more exciting. Plus, when it looked like Jennifer Lopez’s left boob was popping out of her gown during her awkward interactions with Cameron Diaz, it was fun getting to mark off “Nip slip.”

And surprise-free, even in the grump world, doesn’t have to be all bad. Billy Crystal delivered EXACTLY what the Oscars wanted him to, a genial, mildly entertaining, often hammy and out-of-touch look at all that the Academy does well. It may not have been shocking (although I do think Crystal took his life into his own hands when he made fun of Christian Bale), but it was a pleasant enough way to make it through three hours and 14 minutes.

And let’s talk about that running time, shall we? Traditionally, The Oscars are known for how far over they run, but this year all the winners seemed to operate with a renewed sense of purpose in terms of time. Winners, especially early on, rushed through their acceptance speeches with a surprisingly professional glee, and the terrifying play-off music rarely had to force these poor sods off the stage (my personal favorite was the Best Editing winners’ terse, “we’re editors. Goodnight.”). But even at just three hours and some change, I couldn’t help but play “is this really better than getting to see The Muppets perform ‘Man or a Muppet?’” every time I watched a weird interpretive dance by Cirque de Soleil or a montage. The Oscars over the past ten years have been trying desperately to shake up the stately service, and often that means cutting out things that are ACTUALLY fun in favor of things that sound really cool, but are actually stupid.

Grumpy, I warned you.

And now to the awards. Despite some early-running love for Hugo (which provided the highest number of Scorsese drinks), the big awards mostly fell to The Artist, as many predicted they would. Hugo, it seems, was a technical achievement, and The Artist was the achievement of the SOUL. Having not seen The Artist, I can’t whine too much, and it’s kind of heartening that this little, beloved movie is getting so much kudos (even if 90% of those kudos come from the fact that the Weinstein company produced it and therefore marketed it with all the subtlety of a Mac truck). Though I’ve already done much whining about this whole 9 movie thing, I’m going to whine just once more: the biggest problem with the expanded best picture thing, especially in a year like this, is that it makes the year seem weaker in comparison. Although it contains some major oversights, a Best picture roster that goes Hugo, The Artist, The Descendants, Midnight in Paris, and War Horse is not nearly as weak looking as the final crop.

Jean Dujardin won Best Actor, which was a nice victory for the little guy, even if it did keep me from filling my Bingo space titled “George Clooney and Brad Pitt share an inside joke in public.” And Best Actress went to Meryl Streep, who hadn’t actually won an Academy Award since 1982, which is a travesty, even if I really wanted this to be Viola Davis or Rooney Mara’s year. Best Supporting Actress went to an overwhelmed and predictable Octavia Spencer, and Best Supporting Actor went to Canadian legend Christopher Plummer. Nothing egregious, all fine performances, at the end of the day, but nothing pulse-racing either.

My other favorite ceremony moments both came from the writing category.  The first was the visceral jolt I got at realizing that The Dean from Community just won an Oscar. The other was realizing that Woody Allen is such a BAMF he doesn’t even show up to collect his award for the Best Screenplay (this was also one of my favorite awards, since Midnight in Paris really was a masterful script).

I guess if The Oscars are going to completely fail to recognize innovation and daring, then at least they got the middle brow Oscar bait stuff right. In a ceremony where the biggest moment of controversy was Sascha Baron Cohen dumping fake Kim Jong Il ashes onto Ryan Seacrest (and really, who HASN’T occasionally wanted to dump dead dictator ashes on Ryan Seacrest?), The Academy Awards managed to create a show that would offend no one*. It’s even hard to complain about the winners. I can dream of a future where the movies selected are not those most heavily campaigned for or based on past oversights, but what I have is a Billy Crystal hosted spectacle that is dedicated to the ghost of past movie greatness. The choice of The Artist for Best Picture (and, for that matter, of Hugo for the ersatz runner up) seems to confirm this year’s belief that the glory of the future can only be found in the past. Which, as someone trying to work in the movie industry, is sort of depressing, and makes for pretty boring TV.

*Apparently not true. I just read an article all about Billy Crystal’s “racial slur” when he said that The Help made him want to hug a black person. Which is stupid, really, but not exactly controversial.