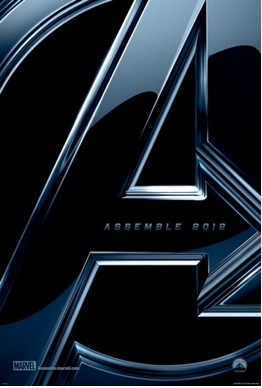 It was sitting in the back of my brain during the post-credits sequence of Captain America. And as I breathlessly indulged in comic-con coverage on entertainment websites, it just sat back there, percolating, bubbling up into my cerebellum. It brings unbidden images of middling box-office numbers, critical dismissal, and fan eruptions of anger.

I’m nervous because Joss Whedon is directing and writing The Avengers! There, I said it.

I love Joss Whedon in a way most people reserve for people they’ve actually met. I love his easy going nature in interviews, the stories of Shakespeare parties, his feminist rantings. But mostly, I respect the crap out of his work. He’s a great writer and an increasingly impressive director, who has turned in some of the best episodes of television of the past twenty years. He’s played with the form and constantly seems to want to expand what he is capable of. He’s ambitious, innovative and intelligent.
He’s also a huge nerd. His run as a writer on the X-Men comics was funny, smart and really true to the characters. His Buffy Season 8 comic managed to really take the form by the hand and lead it into this strange, mystical, uniquely Buffy world. And he imbues even his most mainstream work with his nerdy bonafides. So why does it scare the crap out of me that he’s helming The Avengers?

The whole point of a cult classic is the sense of personal relationship with the property. In the case of Joss Whedon, the cult has gone so much further than the specifics of Buffy or Firefly or even Dr. Horrible and transferred almost entirely to the man himself. We may like J.J. Abrams or Christopher Nolan, but we personally worship Joss Whedon in a completely incomparable way. The closest I can come to in my own personal pantheon of nerdom is in my adoration of Neil Gaiman- who I would probably watch read the phonebook, but who also doesn’t attract the same sort of intense nerdy cult as Whedon.

All that love means there’s a damn far way to fall.

If Marvel had handed off The Avengers to someone generic or to some strangely-fit-to-the-property auteur, my expectations for the film would still be high. Marvel has been doing a fantastic job of creating the universe of The Avengers and I greatly admire both their marketing strategy and subtle touches of geeky world building. Plus the idea of THE MOST EPIC SUPERHERO MOVIE EVER (as the film is being touted) is pretty freaking exciting. It’s a risk, but a well built up one.
But adding onto it a man who already brings with him a share of baggage, adoration, and backlash? A man who, by all accounts, is perfect to direct The Avengers? Anticipation isn’t just high, it’s “last book of Harry Potter” high. And considering I spent that entire book squeezing a pillow for fear that it wouldn’t live up to my image of it, I’m not exactly sure what I’m going to need to get through the movie next May, but I’m pretty sure it’s going to come in the form of something alcoholic.

*PS stay around after the credits of Captain America to see the first Avengers trailer!