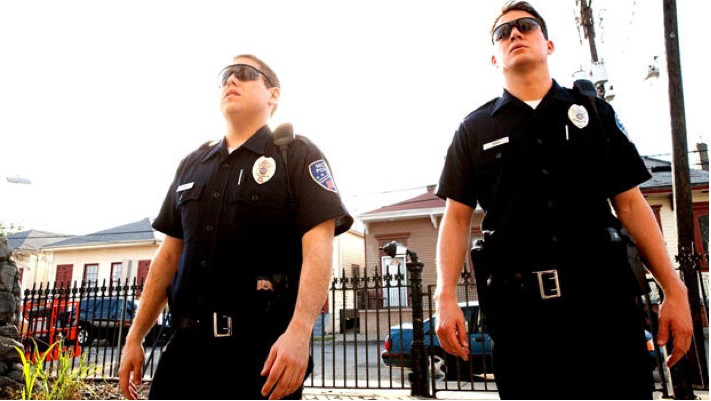 There are many ways that 21 Jump Street could have-  and maybe even should have – been a failure. The Hollywood flameout bin is filled with attempted remakes of goofy eighties shows. Aside from those of us who have watched She’s The Man so many times their eyes want to fall out, who would have thought that Channing Tatum could be so endearing in a comedy? (Certainly not the SNL crew, who basically just had him strip the whole time he was hosting). And the basic premise would seem hackneyed even if it wasn’t already the concept of a ridiculous TV show.

So what makes for a successful action comedy remake? I’m still not sure I know, although 21 Jump Street is unequivocally a success. The major thing it has going for it, besides two awesomely game stars, is its story. By creating a believable universe with its own world view, the movie avoids the pitfall of pure nostalgia gags. In fact, aside from some surprises that I won’t spoil, there was pretty little in the way of nostalgia.

21 Jump Street is much more interested in 2012 than the 1980s. One of my personal favorite gags centers around just what constitutes “cool” to kids these days. While I graduated high school the exact same year as the protagonists of the film (at least, the movie wants me to believe that. Bullshit is Channing Tatum supposed to be the same age as me), the gags about the changing face of cool definitely resonated with me. When Tatum and Hill did high school the first time, as Tatum’s Jenko explains it, it was cool to pick on nerds and pretend you didn’t care about anything. But in the intervening years, in the shadow of nerd chic like Chuck or The OC or Greek, reading comics is cool as hell, and bullying has been replaced with tolerance and veganism. While I’m sure it’s not true for 100% of America (in fact, constant bullying reports prove that it’s not) it’s an intriguing look at the changing face of cool that is actually pretty supported by the pop culture being fed to kids these days. Hipster-cool, which Tatum just can’t get a grip on, is the new jock. Deal with it.

But the movie is not a sociological study, nor particularly interested in exploring this idea beyond some fun gags. It is much more interested in going deep into its ridiculous premise, complete with Peter Pan outfits, high school parties, winking action movie clichés, and at least one inappropriately high-school-aged love interest.  Along the way, there are few squeamish gags, but mostly the jokes hit and hit hard. 21 Jump Street is the type of movie that is smart enough to drag you along on its ridiculous ride.

Just as Jenko needs to learn about chemistry to survive in his high school environment, so does Jump Street sail due to the chemistry between its leads (yes, that was incredibly cheesy. And yes, I considered losing it, but, No, I didn’t. Because it was awesome, and Jump Street filled me with a sort of nerdy bravado). Jonah Hill may have been nominated for an Oscar for stammering at Brad Pitt, but he’s at his funniest here, and his friendship with Tatum is surprisingly endearing. As for Channing Tatum? I’ve already confessed I love him, but here even the unbelievers will see his talent as he’s allowed to play to all his goofy guy strengths whether he’s blowing stuff up with nerds or sliding across cars.

Tatum and Hill have spoken repeatedly of their desire to do a sequel to this film. And since they already broke the remake curse, I’d say let them have a go at sequelitis.