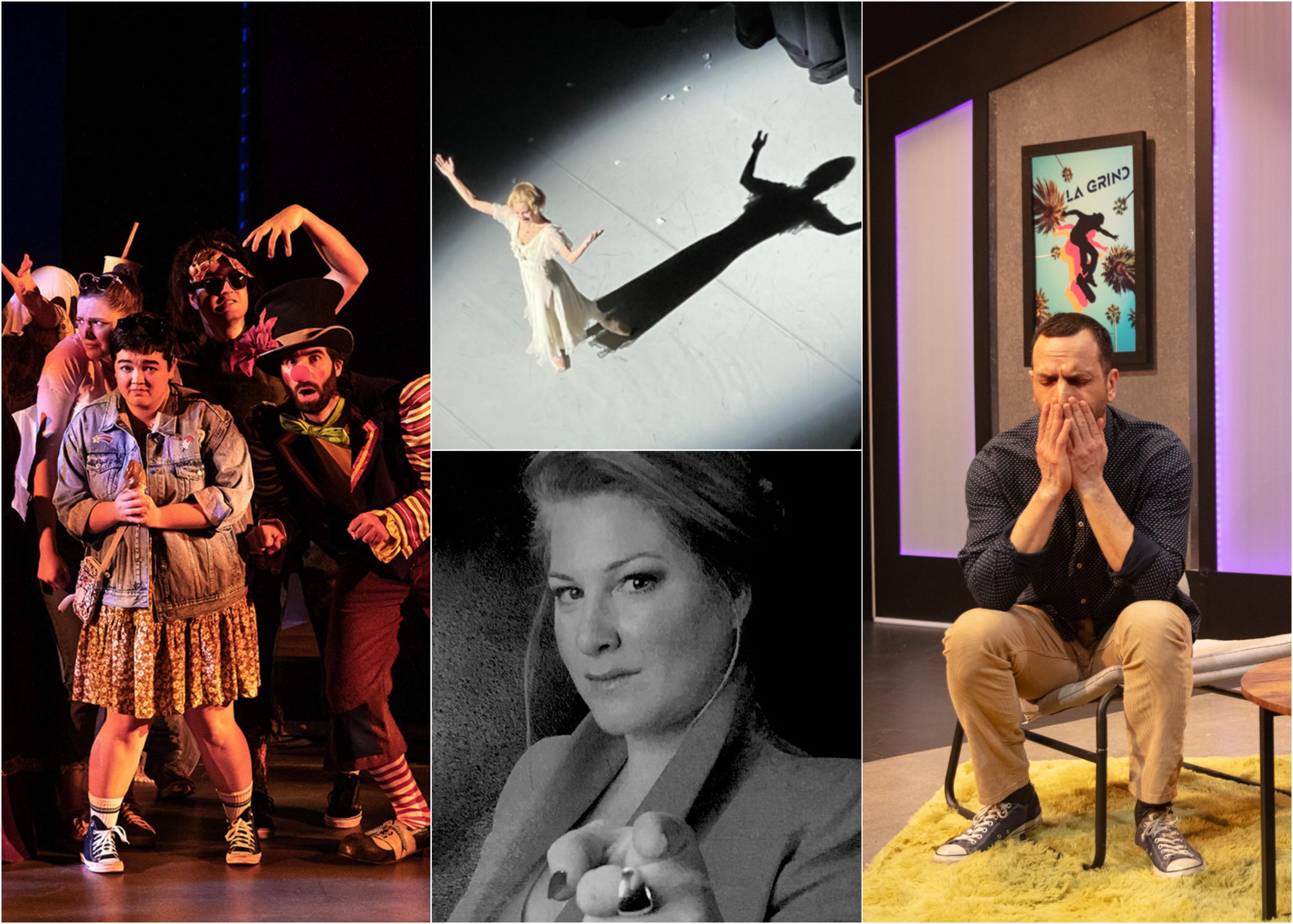 On Stage in TO: Opening Up

After two years of cancellations, a series of tentative theatre-ish offerings, and more than a few false starts, Toronto’s theatre companies are coming back. The journey towards a normal theatrical experience has taken place a little bit then seemingly all at once as my once-bare calendar suddenly doesn’t have a night off for weeks. Of course “normal” is absolutely the wrong word, but more normal than what’s been normal to us lately, at least.

There are some definite themes around who’s able to open and what they’re putting up. The biggest companies are on their feet first (Stratford and, to a lesser extent Shaw, had some pretty big productions up as early as last summer). With the exception of a couple upcoming Michael Ross Albert pieces at The Assembly, indie’s still pretty nonexistent without the grants, donations, and built-in audiences needed to help weather the pandemic and be ready at full artistic weight the second the government says go. It makes sense that we’re seeing the opera, ballet, Canadian Stage, and Crows open first (though I would have expected Soulpepper to be more in that mix). And it also makes sense that they’re starting with a lot of one-acts, smaller ensemble pieces presented in short runs. The epics can wait when we’re all just barely holding on.

The Second City‘s open but, otherwise, comedy’s not really a thing right now, which doesn’t exactly help the mood but it’s hard to blame anyone for feeling like they don’t even want to try to make us laugh. What we are seeing is a lot of hard and emotional stories, things that feel intimate and personal and don’t let the audience off the hook. It’s not the easiest of work to digest, but it’s softened by the sheer joy of being back in the theatre, a 100% capacity theatre at that. We can reckon with the work together and that’s at least some comfort.

Here’s a quick sampling of what I’ve had the pleasure of seeing in-person these last few weeks:

John Neumeier’s ballet adaptation of Tennessee William’s classic is very easily divided along its intermission line. The first act which dramatizes the backstory before the play begins is a haunting physicalization of a life Blanche can barely talk about. It beautifully bounds between the worlds of dream and nightmare as it artfully tells the tragic tale before the tale, bringing to life Allan Gray and his “friend” along with a trio of men from the Flamingo hotel with non-linear storytelling. Neumeier blends traditional partnering with some thrilling allusionary concepts to incredible effect in act one. His work in act two is far less memorable with goofy, obvious physicality for Stanley (he’s apeish, we get it). Though the athletic horrors of the climactic scene between Stanley and Blanche will surely scar, it’s the emotional hurt of act one that aches the most.

On March 5th, I had the pleasure of seeing Sonia Rodriguez‘s final performance after a stunning 3-decade career with the National Ballet. Her Blanche was tender and mournful, pairing particularly beautifully with the meteoric Ben Rudisin as Allan’s Friend. I was glad to see Guillaume Coté cast as Stanley if only to see him partner Sonia one last time though his gentle charm is greatly misplaced as the brutish icon. Though over-stuffed with principals at the moment, the National is a little light on the right archetype for Stanley, even further differentiating the relative strength of his story vs. the thrillingly staged backstory that’s become act one.

The World Premiere of a new English-language, modern-set, one-act opera is a major event for the usually very traditional Canadian Opera Company. Post-hiatus under new leadership, the company is expanding its second tier of production, opening up the Canadian Opera Company Theatre at their headquarters on Front Street to facilitate the presentation of smaller scale works that complement but conveniently don’t interfere with their mainstage epics at the Four Seasons Centre. It’s a promising new strategy that should elevate new creative voices and expand the city’s opera offerings monumentally. Fantasma isn’t the most memorable of works (Ian Cusson’s music is expected, Julie McIsaac’s staging is fine, Colleen Murphy’s libretto is dull as rocks) though it features a solid cast highlighted by the always excellent NB talent Owen McCausland and my favourite new opera discovery Midori Marsh whose rich vocals brim with character detail and material-elevating feeling. A great setting and fun idea haven’t added up to as much as I’d like in this case (the work feels a little unfinished, perhaps a revisit could reap great rewards) but, more importantly, the production marks a new era for the COC in which the company is finally taking steps towards expanding our understanding of what opera can be.

This workshop production of Brecht’s political allegory about the political rise of a thug was roughly directed and very broadly performed with a goofy hyper-modern adaptation and wacky cartoon character interpretations. It mostly missed the mark for me but Carly Street’s stirringly inelegant and abrasive performance in the title role was a thing of disturbing beauty. This production was only onstage for two nights so hopefully it will be revisited in a full production that brings the rest of the show up to Street’s soaring level.

Brandon Jacob-Jenkins’ brutal examination of trauma porn glory and the creative rat race gets an imprecise and at times overwrought staging that works more on account of its subject matter than its execution. The 2016 play already feels dated, rooted firmly in the language and technology of its own time a thousand years and a million traumas ago, though our collective feeling of having just survived something certainly floats the material. Carlos Gonzalez-Vio stands out in a mixed bag of a cast that seems to be playing to the back of a room much larger than the one we’re in while a number of strange oversights on the production end give the piece a surely accidental surreal quality (is this coffee shop a Starbucks or not? Why is Kendra talking about the blouse she just bought when very clearly holding up a jacket? These things seem trivial but at this level we should be getting the basics right). The production is certainly not bad, an emotional but ultimately replacement-level drama the likes of which you’d see many times over in a normal season of Toronto theatre, but right now it’s the best thing going so surely a Critics’ Pick for the theatre-starved.