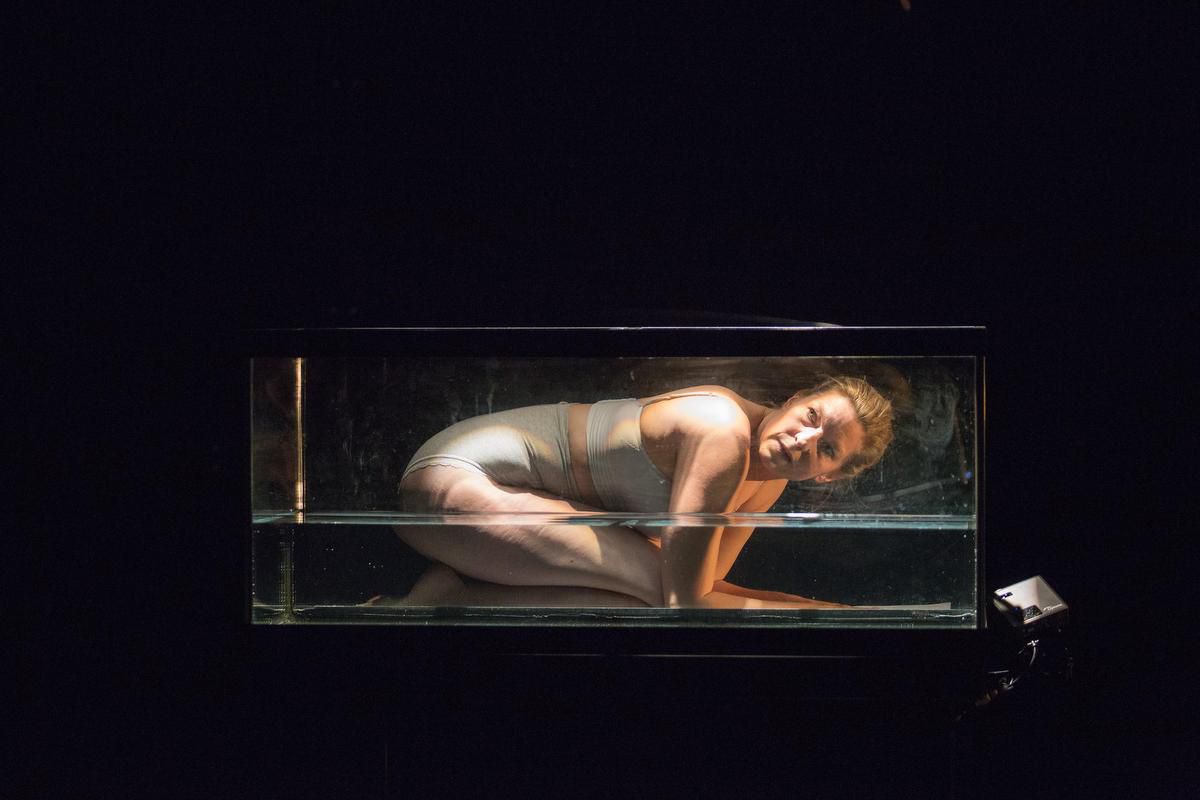 Hannah Moscovitch’s Secret Life of a Mother is a raw and compelling portrait of the darker side of motherhood – one rarely acknowledged in polite conversation, forcing the arts to shoulder the burden of challenging these long-standing taboos. Moscovitch herself is the titular mother but the lead in this one-woman (but many-women) show is Maev Beaty. A staple of Toronto theatre, Beaty would be a safe and smart choice for the role as just a stranger playing another part; instead, the two women’s close friendship adds a unique layer to the performance elevating it from a strong and well-rounded work to a beautifully intimate one.

“Moscovitch” starts a journey across five acts with life before motherhood – a series of miscarriages that seemed to push motherhood out of reach, a difficult pregnancy, a long and excruciating labour and birth. Each of these stages features public trials and embarrassments that anyone would wish were more secret. By the time Elijah Moscovitch arrives on the scene, his mother-to-be has already suffered greatly. Motherhood proves to be as much an ordeal as a reward – juggling the struggles of a new mother with a gruelling professional schedule, fearing she’s inadequate to handle those struggles, and dreading being exposed as a poor mother. Hannah revealing in a moment of weakness that she knows she’s meant to love her son but she also hates him is one of the most arresting scenes in a script that doesn’t release your heartstrings even after you’ve left Crow’s Theatre.

Beaty interweaves her own story of motherhood with Moscovitch’s, putting down the script for direct and honest confessional moments. She manages the transitions between and within these two perspectives with an ease that’s no surprise to those familiar with her work. It’s an unusual compliment that she can seamlessly shift from jokingly flaunting pictures of her rugburned butt to recounting a shared trauma without jolting viewers out of the immersive intimacy that she establishes early. One brief but carefully chosen moment of audience participation – asking a man to repeat a doctor’s lines – does more to bring the subject into sharp relief for that half of the audience than anything else could.

It’s a credit to both women that, by the time Hannah takes the stage herself to deliver the play’s closing lines, the character of Hannah feels like it fully belongs to Beaty. I left feeling that having Beaty stick that landing would have been more powerful in its own way. Moscovitch has learned that she can be and is a good mother, as has Beaty. Secret Life of a Mother is a public, graphic account of the lives of two mothers that can claim to represent many more.

On leaving, patrons are invited to post messages to their own mothers on the pillars that frame the room. The first batch as I left showed that the play had touched more than the mothers in the crowd but also women who were content in not wanting kids, men wrestling with motherhood as fathers, and people of all backgrounds who were and are seeking ways to find peace in their relationships with their own mothers. For me, and everyone I trust enough to discuss motherhood with, the concept is a fraught and complicated one. Secret Life of a Mother is a stellar work of theatre that can also illuminate the relationship that, for better and worse, defines most of our lives.