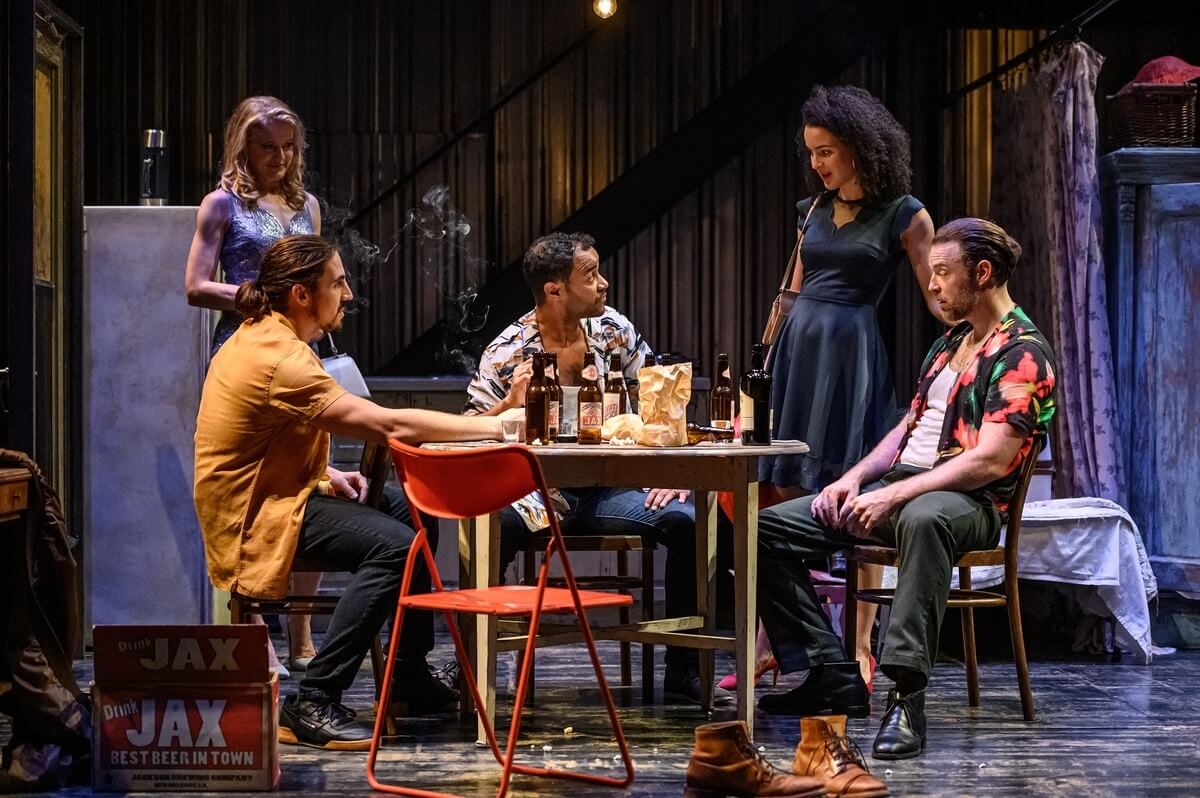 Soulpepper’s Streetcar and the Art of Good HR

There are a few key ways to judge a new artistic director taking over an established company. Some people who aren’t technically wrong but are awfully cynical might look to fundraising ability or at least PR prowess. Artists invariably talk about company leadership and setting the right tone in the rehearsal room, which makes sense. A big one for me is season planning- laying out a lineup for the coming year that’s progressive without abandoning the classics, balancing sure hits with bold boundary-pushing, and showing off just plain good taste in scripts. Soulpepper’s new leader Weyni Mengesha has proven strong so far, to varying degrees, on most of if not all of these fronts.

But to me the most telling task of artistic directorship is talent curation- find the right people, get them on board, deploy them correctly. In her first outing in the director’s chair since taking the top spot at Toronto’s biggest not-for-profit theatre company, Mengesha does a lot right. She’s presenting a classic text with contemporary sensitivity and thoughtful creativity that shows off the artistic chops that made her name but the fact that she’s doing it with exactly the right people is the fact that fills me with not just hope but total confidence.

Mengesha’s interpretation of A Streetcar Named Desire reflects extraordinary insight into both the Soulpepper microcosm and the Toronto theatrical landscape in a larger sense. She’s called on the company’s top tier music director (Mike Ross) and lead designer (Lorenzo Savoini) and given them plenty to do in a production that integrates music beautifully to capture a sense of place beyond the little apartment set and interacts with the little apartment set to haunting theatrical effect.

She’s plugged company mainstays into important supporting roles that make excellent use of not just their natural manner but the expectations of loyal audience members seeing them for the umpteenth time (Oliver Dennis’ trademark empathy is clutch in the play’s tiniest but absolutely crucial role while Gregory Prest as Mitch is one of those pieces of casting that’s almost too perfect, he can play an earnest sweetheart in his sleep but also has the depth to navigate the tricky transition when the darkness bubbles up).

She’s looked to the outskirts of the Soulpepper establishment to find great people who’ve been in a handful of productions but aren’t resident artists (Akosua Amo-Adem is a thing of beauty as the kind but brutally sassy neighbour Eunice; the lovely Leah Doz is vulnerable but far from a pushover as Stella), talented names from the company’s alternative programming (SATE’s given star turns in many of the company’s excellent concerts), or other standout artists within the company’s orbit (Mac Fyfe is probably most familiar to Young Centre audiences as Trudeau I in Soulpepper’s co-productions with Video Cabaret but his unique blend of charm and slightly dangerous intensity make him an inspired choice for Stanley).

And, tellingly, when the right person to play Blanche, one of the most difficult roles in the twentieth century canon, didn’t happen to be walking the halls of the Young Centre, Mengesha went out and found her, bringing Amy Rutherford back to a company she hadn’t worked with since 2008. The cast also includes young artists plucked from the indie sphere for small roles (Kaleb Horn and Sebastian Marziali), which says to me that Mengesha’s got an eye on the future, and an eye on the kind of work that’s happening all over Toronto without most major artistic directors noticing.

Soulpepper’s Streetcar is as perfectly assembled a team as I’ve ever seen, a particularly spectacular feat for a new AD who may have come up here but hasn’t spent her whole career to date working within this community that she’s now responsible for. There are lots of reasons to be excited about the Weyni Mengesha era that has now most definitively begun, but her ability to assemble not just a great team but the right team is what will keep bringing me back to the new Soulpepper.