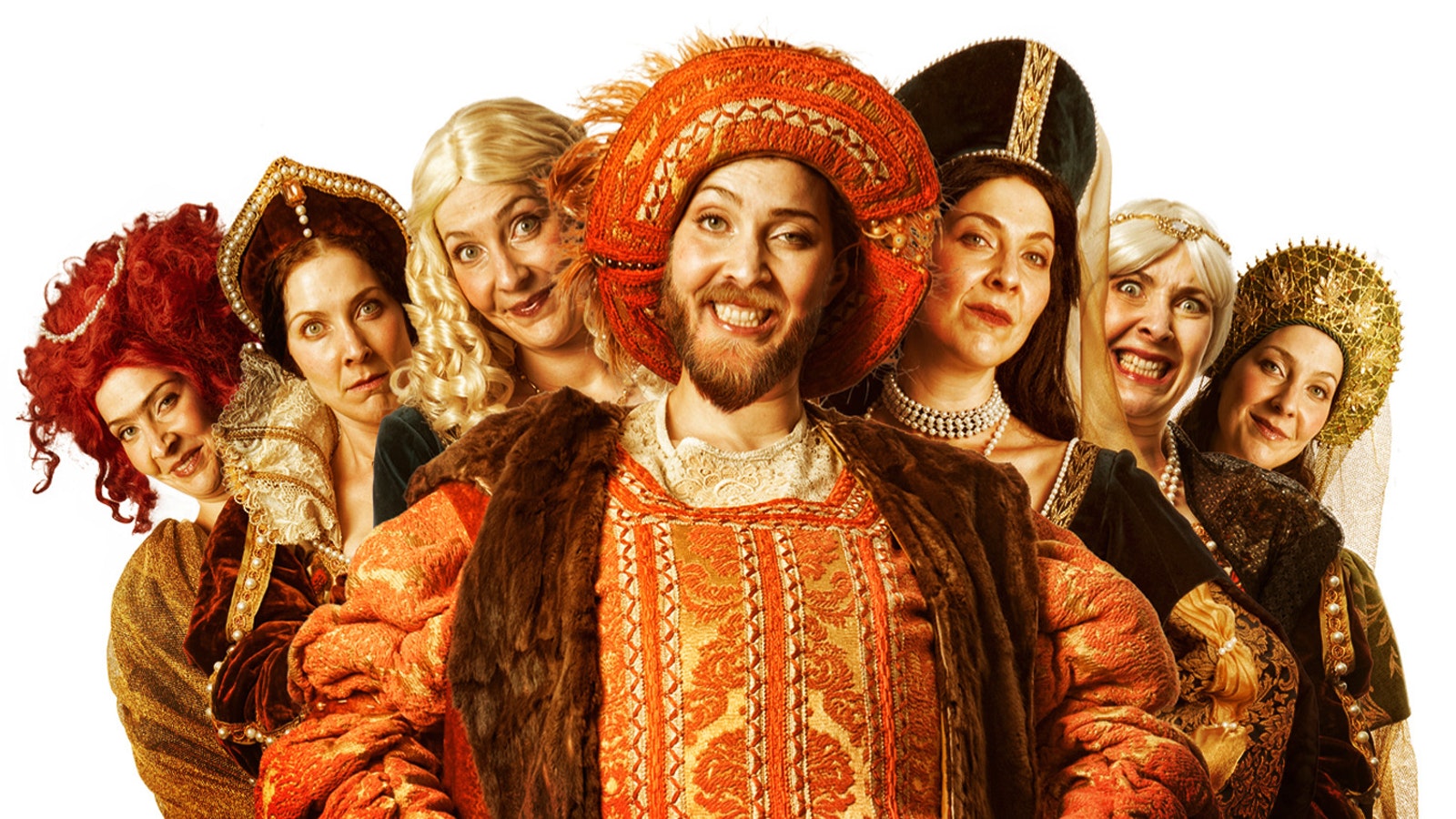 Til Death: The Six Wives of Henry VIII (B)
The first thing that comes to mind when I think of Til Death is how impressive Tara Travis’ stamina is. Seven characters. One actor. It’s a feat, that’s for sure. Travis jumps, rolls, moves across the stage, all while switching characters. Each character has a specific accent, physicality and Travis stays true to this throughout her performance. Ryan Gladstone has written a sharp script and Travis commits to it. Travis sets a blistering pace for herself, and for the most part is able to maintain clarity within the chaos of moving about the stage; there were only a couple times where I lost some of the text or noticed an accent had been dropped. Til Death brings the laughs, offers a voice to the wives of Henry VIII and also provides some twists that will keep audiences on their toes.

Audience of One (B-)
Eric Andrews isn’t your typical stand-up comedian. He makes a point of noting that to the audience during the show. Audience of One feels like a stand-up comedian doing a performance, but instead of doing their usual bits and getting to the punch line of their jokes, they are telling emotional stories of their life. There are a few periods, over the course of the show, particularly early on, where Andrews’ awkwardness is the focus. It is during these moments where it feels as if Andrews is pushing this onto the audience. Ultimately, Andrews delivers a fine performance. He connects with his audience, and through stories, paintings, voice messages, and an original song, Andrews reveals how his family has shaped him into the man he is today.

Dinner With Goebbels (C)
Three men meet for dinner to discuss propaganda. It is a meeting of the three most influential minds, who have impacted how public perception is controlled: Edward Bernays, Karl Rove and Josef Goebbels. We are introduced to each man individually, as they explain their place in history and their past deeds. This comes across as rigid, rather than awe-inspiring and this rigidity remains throughout the show. This makes the tension in the piece feel hollow and even when there is an outburst of passion, it comes across as contrived. Vrenia Ivonoffski staging also hinders the actors, which causes the pace to dip and halts the progression of the story. The performances don’t ever get below scratching the surface of who these men are. This combined with a meandering script make it difficult to connect and care for the characters.