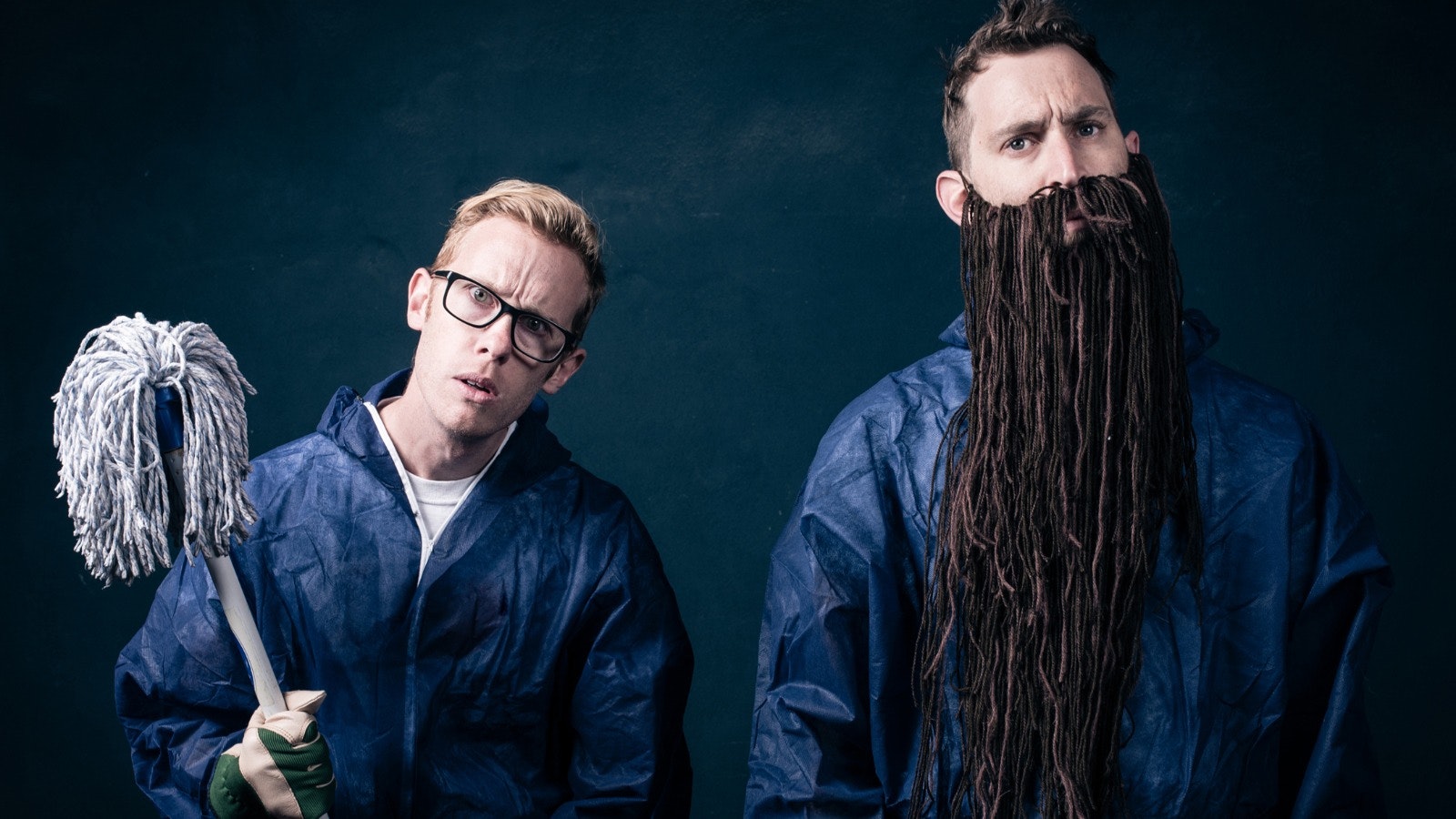 The Ballad of Frank Allen (A)
“Fringe veterans performing an award-winning show” sets your expectations high; “sci-fi buddy-comedy about a tiny man who lives in another man’s beard” scrambles your expectations beyond repair. Audiences go into this show not knowing what they’re walking into but leaving immensely satisfied. The show is proud of its weirdness and revels in it but doesn’t outlive its welcome patting itself on the back for it. It’s a strange medley of physical comedy, musical comedy, and storytelling that demands both performers be at the top of their game (and the next game, and the next…). Al Lafrance is great fun as the bumbling everyman while Shane Adamczak has a frenetic and compelling stage presence as, well, everyone else. The preview was seamless; my only regrets were that it wasn’t longer and that Adamczak’s solo show wasn’t also given its own run.

Sweet Kisses, Tender Limbs (A-)
Julianne Dransfield and Katelin Richards bring a thoughtful and painful exploration of motherhood to the Fringe in Sweet Kisses, Tender Limbs. The play weaves in recordings of mothers describing their own experiences, often those that are overlooked – contrasting yourself with the Instagram ideal of the perfect mother, feeling unsure if you like or love your baby or yourself – with a compelling portrayal of one character’s struggle to own her motherhood and silence the devil on her shoulder. The physical comedy that defines the show could easily be jarring but works very well, adding to a final product that is sweet and tender but also funny, dark, and unnerving. The script would need some work to expand to a full-length show but I certainly hope to see that happen.

Box (C+)
Billed as “outrageously ridiculous and thought-provoking”, Box shows how hard it is to be both at once. It starts as a slow burn that uses silence and reticence in intriguing ways – the kind of show that always gets critical acclaim for being profound, and would mostly deserve it here – before squandering that with abrupt tonal shifts that the big reveal(s) doesn’t fully justify. The premise is interesting and there’s a shell of a strong show hidden in the box but the final product is undermined by the twists. Some flubbed lines on opening night punctured the atmosphere, which felt more important here than in most shows.