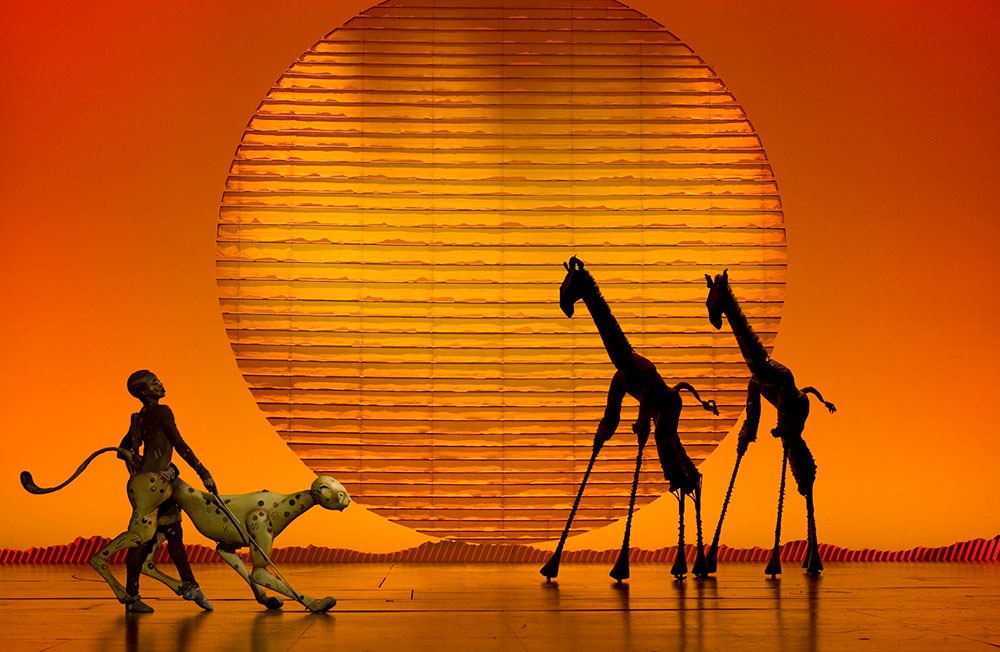 On Tour to TO: The Lion King

If you ever get the chance to see The Lion King on Broadway, you have to take it. Stop me if you’ve heard this lecture before but I honestly believe Julie Taymor’s visionary adaptation to be one of the great feats of human imagination in theatrical history. First some crazy person in a Disney boardroom suggested making an animated kids movie based on Hamlet but making it about lions and setting it to Elton John songs. And some crazy person said yes. And it worked. And it was amazing. Then some other crazy person suggested taking said massive hit movie and translating it into a medium where it made little to no sense- the live theatre. It’s a movie about lions, this should not have worked! But someone said yes. And it worked. And it was amazing.

Elton John (I’m writing about him a lot lately) and lyricist Tim Rice spun portions of the film’s classic score into fantastic new musical numbers (“Shadowland”, “They Live In You”, “Endless Night”- all lovely), Taymor improbably problem solved the film’s many unstageabilities to create some of the most iconic theatrical moments of all time (this scene, in particular, is astonishing) and a team of designers including Richard Hudson (set), Taymor (costumes), Donald Holder (lights), and Michael Curry (masks & puppets with Taymor) completely redefined the popular understanding of what was possible on a Broadway stage. It’s an insane accomplishment and, if performed correctly, should inspire a reaction not unlike this one.

Unfortunately The Lion King on tour is not The Lion King on Broadway. Though not exactly bare bones, a National Tour doesn’t have the same scale of a sit-down production, opening night in a new theatre always comes with awkward technical glitches, and the strain on a touring cast starts to show after awhile. The current company playing in Toronto looks exhausted. The dance numbers lack energy and cohesion, the balance in the harmonies is unreliable, and the jokes are so tired they’d do better just to remove them completely (if I hear one more touring company make a poutine joke because Toronto happens to be their one Canadian stop I might scream). It’s a shame to see, especially considering the lineup of talent ready to take on any one of these plum roles at a moment’s notice.

There’s a lot about The Lion King in this production that doesn’t work though the “holy moly, can you believe that?!” effect of the opening number remains the same and that thrill alone is something to behold. But the lowest price available for most performances in this run is $99 to sit way at the back. There are some pieces of theatre that are so singular that I would say yes, please, save your money and buy in advance and splurge on seeing something special. If you’re in a city where there’s a full-scale, non-touring Lion King, I’d maybe say go for it. But this tour doesn’t have the magic that the show deserves. See something else. You’ll see The Lion King the way it’s meant to be seen someday, just not today.