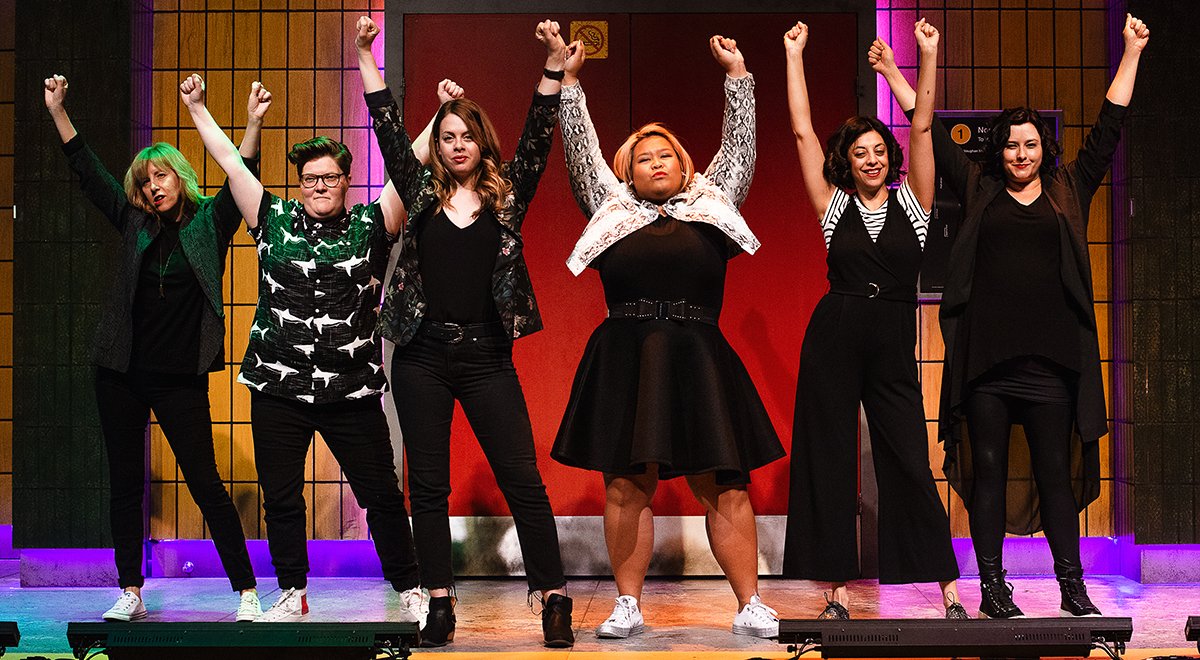 Second City’s She The People

The Resistance Continues. That’s the sub-title of The Second City’s latest run of their feminist sketch phenom She The People. And there are a lot of things to resist: those who are against vaccinating their children, men telling women what they can and can’t do, or double standards that women have to deal with. Carly Heffernan, Carisa Barreca, and the casts of The Second City have created sharp, satirical, and witty dialogue. The script takes on subjects with a tender hand leading to several laugh out loud moments but also some emotional ones. There were numerous instances where I couldn’t help but “aw” out loud.

While the script provides plenty of great bits, the most surprising moments come from the music. Nicole Byblow offers music that fits as the perfect underscore to the scenes happening on stage. My favourite parts of the show were the musical numbers, particularly the first one, which came out of nowhere. The songs are just a joy to listen to; every cast member holds their own in the singing category and there are golden nuggets of hilarity that occur during these sections. The show is at its best when it is keeping the audience off balance and surprising them. There are a few sketches that I felt dragged a bit and I noticed my attention start to wander but this only happened two or three times. For the majority of the show, the action happening on stage demands your attention.

The acting ensemble keep the laughs coming from start to finish. All of them were solid, but the two that stood out to me were Tricia Black and Kirsten Rasmussen. Black just has undeniable charisma; any time she was on stage I knew I was going to be laughing. Rasmussen has an abundant amount of energy and really goes after every scene she’s in. The ensemble members not only have great chemistry with each other but also with the audience. There were some great interactions between the actors and audience that provided big laughs. Fair warning – if you don’t like to interact with the actors in a show, try to sit towards the back in this one. Although, you may still have to crowd surf a baby doll, regardless of how far back you sit…

She The People is a show produced, written, directed, styled, choreographed, stage managed, designed, and starring women. It deals with the everyday lives of women, of all backgrounds, classes and sexual orientation. It chooses to look at society and highlight the many outrageous things women deal with on a day to day basis. It isn’t all about laughs either. At the end of the show, the ensemble, with the help of the audience, work to make change (for real).

P.S. At the end of the show when they ask if you want more (you probably will), say yes. You’re in for a treat.

She the People runs at The Second City Toronto Fridays, Saturdays and Sundays until September 15th. Get your tickets HERE.