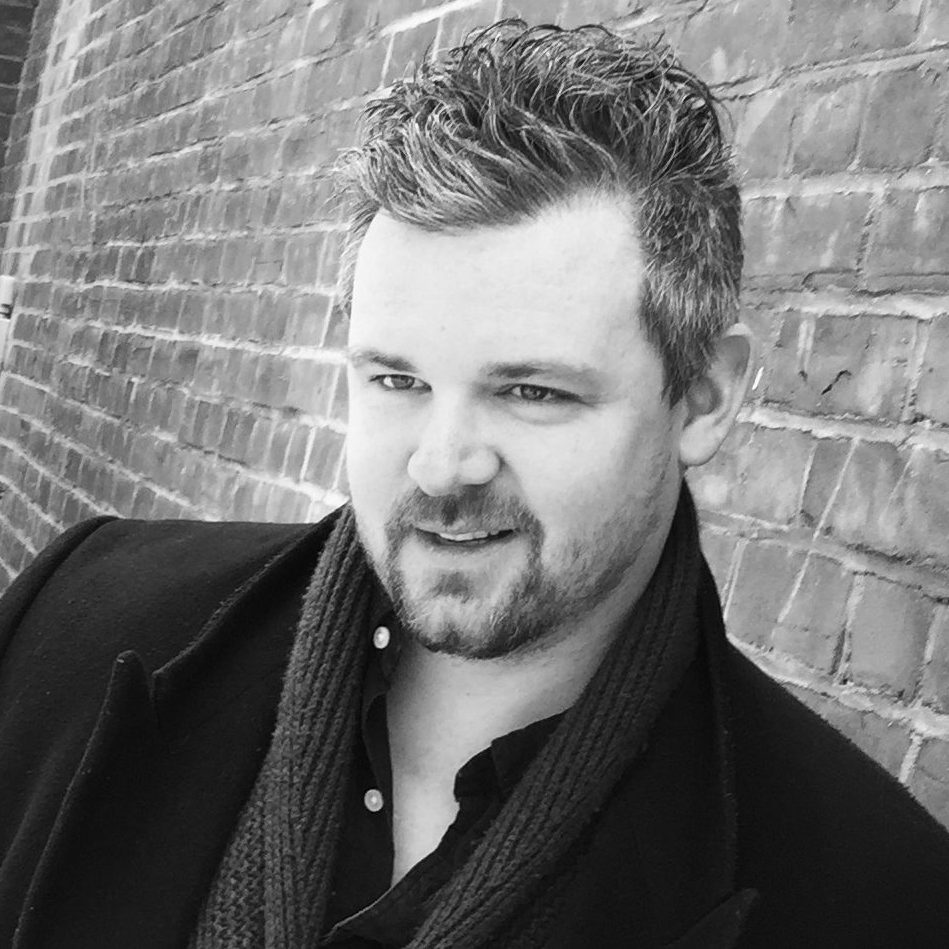 Mark Paci is one of the go-to players of the most consistent indie company in town, Unit 102 Actors Co. We’ve seen him in six different roles with the company and this is his second Outstanding Supporting Performance in a Play nomination for his nuanced and emotional work in contemporary American drama. The role of Earl in Sam Shepard’s family tragedy The Late Henry Moss may have been his best performance to date.

Can you remember your first experience with theatre?
My mother took me to see Les Miserables when I was a kid. Probably six or seven years old. I have little recollection of what occurred on stage, but I remember the feeling of seeing an event unfold. The music, the set, the costumes, the emotion. The grandeur of it left a lasting impression.

When did you know you wanted to be an actor?
I had no intention of getting into acting and theatre. I was an athlete in high school. Football and hockey mostly. In my final year of high school the production was a theatrical adaptation of The Breakfast Club. Without being aware the school was doing it, I left a message on my girlfriend’s voice message where I recited a soliloquy from Hamlet, as a joke, which we were studying in English class. She played it for the director of the school production and he cast me in the role of Bender. Just like that. I decided to do it, and I think during the first rehearsal something in me clicked, and I thought, maybe this is something I can do.

What’s your favourite role you’ve ever performed?
That’s tough. I’ve enjoyed all of them. If I had to choose I’d have to say Lennie from Of Mice and Men. I had been playing menaces up until that point-which, don’t get me wrong, I truly enjoy playing- but Lennie was a lover. There was a tenderness and a joy to Lennie. He needs and loves George with his whole being, and that was wonderful trying to get inside.

Do you have a dream role you’d still like to play one day?
That’s also tough. I don’t have a dream role per se. There are playwrights and actors and directors that I’d love to work with. It’s very much about the material and the people. But if I had to choose, maybe Lear. Shakespeare is daunting to me, and that role has a depth I find terrifying. Maybe in thirty or forty years I’ll have the courage to play it, if someone has the courage to cast me in it.

How did you get involved with Unit 102?
I was doing a show with Witchboy Theatre in the old 102 space, and I had just seen their production of Jesus Hopped the A Train which I found deeply moving. Dave [Lafontaine] ended up being cast in the Witchboy show, and during rehearsals we struck up a friendship. I think one day he came to me and he said he was thinking of directing Guirgis’ Last Days of Judas Iscariot, and asked if I was in. I said “Hell yes I’m in!”

We’ve seen you play a lot of great roles with the company in the last few years. What stands out in your memory about each of the following?
The Last Days of Judas Iscariot
The cast. There were so many talented actors in that show. Such contagious energy during rehearsals, and Dave was able to facilitate an environment where people pushed each other.

Lakeboat (2015 Supporting Actor nomination)
Being able to work with Mamet’s dialogue, which I had wanted to do since theatre school in New York. And Adam Belanger’s set. He built a legit boat in that small space. It was an actor’s dream.

Of Mice & Men
I have very fond memories of that cast and how close we became. I think we all truly loved Steinbeck’s material, and there was a bond that emerged as a result. I also remember Adam used real bales of hay for the set, which by the end of the run were triggering serious allergies for some people. I have vivid memories of Brandon Thomas, in costume, doing warm ups with a hospital mask stretched over his face.

Much Ado About Nothing
Getting to say Shakespeare’s poetry before a paying audience. I had very little experience with acting Shakespearean text, and James Graham really opened my eyes to the width and breadth of the language, and made me realize how much work is required. If I had any ego going into that production, it was quickly leveled once rehearsals began.

Old Times
Harold Pinter’s wonderfully weird and difficult language. Also working with Scott [Walker], who loves Pinter as much as I do. And of course, sharing the stage with Lauren and Anne. They are formidable sparing partners and lovely people.

What attracted you to the role of Earl in The Late Henry Moss?
I don’t know if I found Earl attractive at first. That may have come later. I was, however, drawn to his suffering. It seems that Shepard is often dealing with generational trauma, especially in men. The archetype of the cowboy, the romance of the lone wanderer. Yet, he digs into what is behind the romance: the harsh reality of alcoholism, abuse, violence, and neglect. Earl is a runner, and the play forces him to confront everything he has been running from. I wanted to explore that.

You’ve worked with David Lafontaine as a director many times but you shared the stage this time around. How did you approach the task of playing brothers with so much history and longstanding tension?
Dave is a friend and I’ve always trusted him as a director. I think we established early on in rehearsals that we were going to allow the tension to breathe, and trust where it would take us. We spent very little time doing table work or intellectualizing. With Scott, we felt the history and tension would emerge in the doing of the thing. Dave and I would hug it out each night after the show, but some nights were tough, and we were carrying a lot of emotions. I think Dave and I trusted the relationship of the brothers implicitly, and it allowed us to walk on stage knowing that we knew the relationship and we could see where it would take us on any given night.

What were some of the most interesting conversations you had with director Scott Walker in developing your interpretation of Earl?
Before rehearsals Scott and I talked a lot about fathers and sons, siblings, family stuff. We talked about violence, emotional and physical, and how it can become contagious, just like love and forgiveness can become contagious. I think Scott trusted that I would do my homework with Earl, and he would offer suggestions, little tweaks in rehearsal. Scott, like Dave, has a good sense of what’s authentic, and that gave me the freedom to try things with Earl, knowing he would be my eyes and ears.

What are you working on now/next?
I think I’ll be doing something with the Blood Pact Theatre folks in their new space, Grand Canyon, at some point in the not-to-distant-future. One of founding members of Blood Pact, Bryce [Hodgson], is a dear friend and he wrote something exciting. Otherwise, I rarely do film, but I’m doing an independent feature in the Spring/Summer, which I’m looking forward to.

Do you have anything you’d like to add?
Thank you for being such a strong supporter of indie theatre in Toronto. There are so many great artists’ doing strong work. And thanks for letting me answer some questions.