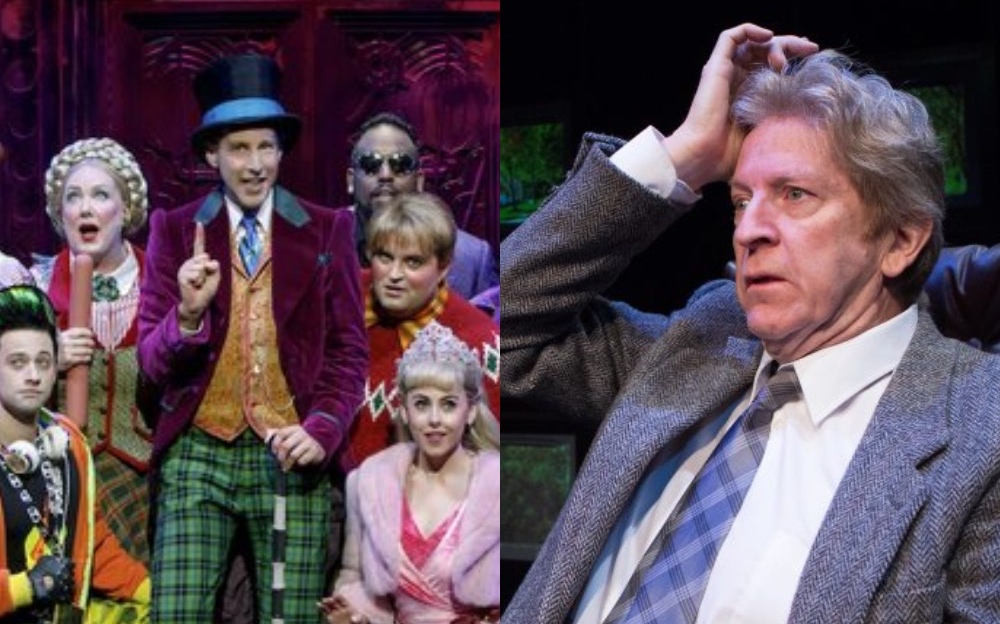 That’s right, I’m talking about Mirvish’s Charlie and the Chocolate Factory musical and Tarragon’s Marshall McLuhan one-act in one article. They’re both terrible- dull, simplistic, varying degrees of ridiculous- and they’re playing in Toronto at the same time, but the two have more in common than just ruining my Wednesday nights.

In Jason Sherman’s The Message, everything revolves around RH Thompson’s legendary theorist, often literally. All the other actors play multiple characters, many of whom don’t even have names, as if McLuhan is literally the only person who matters. And don’t even get me started on the absolute rubbish roles that the production’s only two women are made to play- wife and subordinate and a nearly naked cigar girl who *gasp* actually has a brain! The fact that these women are played by two of the greatest actresses in the country (Courtney Ch’ng Lancaster and Sarah Orenstein) further made me want to scream though, for the record, the problem is still a problem even if they’d hired bad actresses. But even as the world spins around him, McLuhan in this iteration lives too high on a pedestal to be examined as a fully complex creature. Thomson gives a grand performance but Sherman appears so taken with McLuhan as a Great Important Man that his illness is the play’s tragedy and his hypocrisy is subtext at best. The Message is, at only 100 minutes, dull and repetitive (which is meant to be a feature but is absolutely a bug), a flat portrait that has nothing to say about a man who had so much to say.

Hear me out- a bad Charlie and the Chocolate Factory has exactly the same problem. And the janky musical adaptation currently on tour is very bad. Noah Weisberg’s Willy Wonka, all big ideas and casual disregard for others (sound familiar?), is a giant energy suck around whom everything spins. There’s a world in which that’s an okay idea, maybe even an interesting one, but the cult of personality angle needs a spectacular central performance full of charisma and enigma and a dark edge to the writing that’s there in the book and the original movie but gets lost on its way to this idiotic cartoon of a kids show. I so badly want no one to pay to see this nonsense.