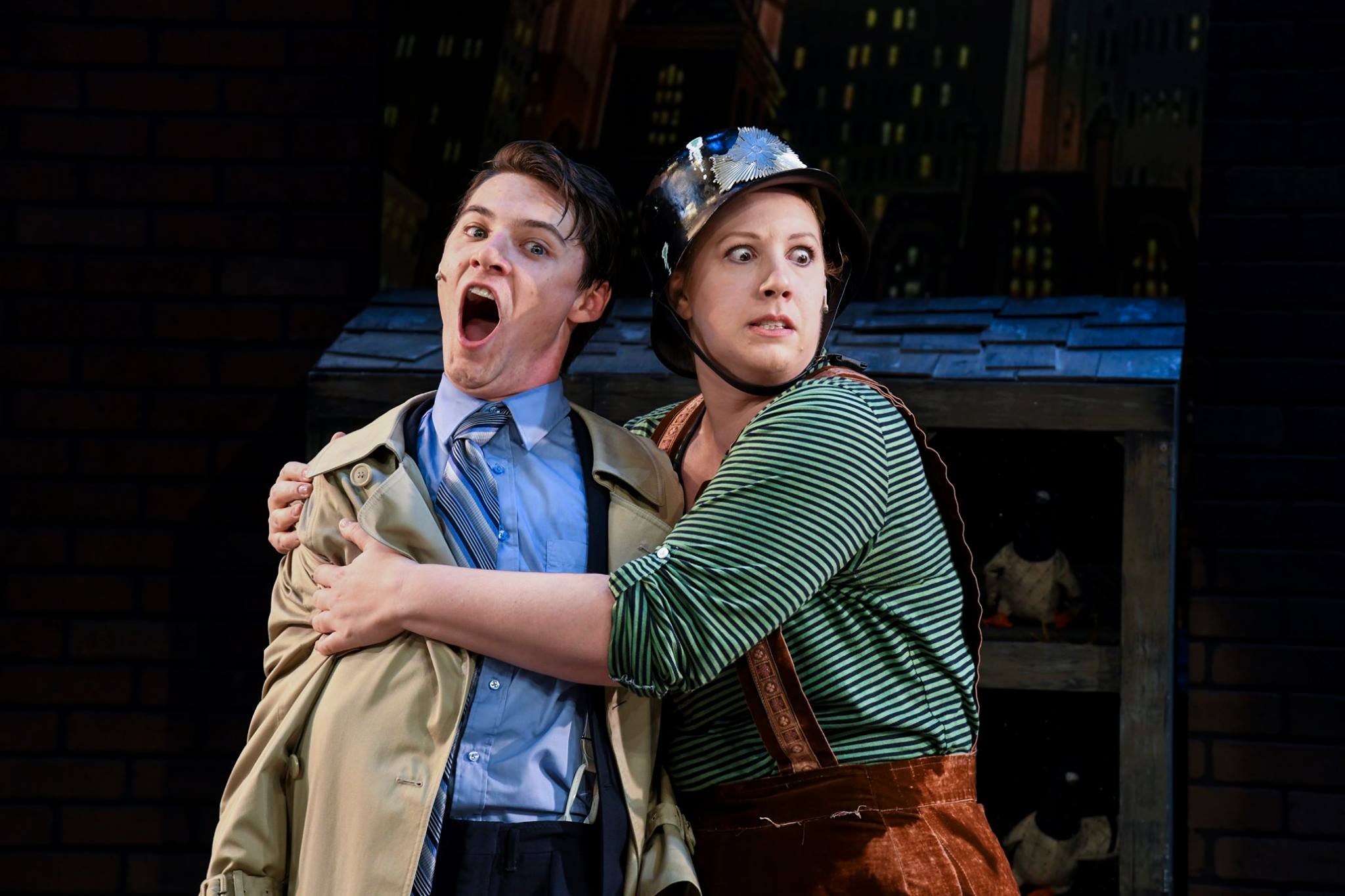 The LOT’s Producers– A Conversation

As part of the Fall 2018 programme, the Lower Ossington Theatre has mounted The Producers! Any chance to see this show in any form should be taken – totally hilarious, pithy, and self-referential, it’s a wonderful show for those well versed in Musical Theatre. However, the nature of the show itself is also great for first-time viewers, as they will be able to take in the performance in all of its big-sound grapevine showgirl glory.

After a performance on Friday, October 12, My Entertainment World reviewers Amy Strizic and Alisha MacLean sat down to have a chat about the show:

What did you think of the theatre setting for this production?
Amy Strizic: It was nice to have a traditional proscenium stage for a classical musical like The Producers. The name-in-lights bulbs around the edges of the stage worked well and gave a lovely old Hollywood vibe to the show. It definitely took a little getting used to seeing the performers so close. It was a little disarming to have them dancing 10 feet away, belting their hearts out and looking you right in the eyeballs, but by the end of the show I enjoyed the intimate atmosphere, knowing we were all in on the same jokes.

Alisha MacLean: From the rolling stage-props that made for quick-fade scenery switches to the beads of sweat visible on the performers’ brows, I loved that intimate feel so much! Being fully immersed like that is what makes Lower Ossington Theatre such a great venue for this show. You really feel the laughs from the audience, even as a member – I bet it’s an incredible place to perform.

What stood out for you as a success? An aspect that didn’t land as intended?
AM: The choreography was tight, entertaining, and blended a few different styles of movement in a way that was engaging and entertaining. The costuming was very well done and most embarrassingly, I found myself humming ‘Springtime for Hitler’ on my way home! The ‘ogle the Swedish secretary!’ bit is a little dated to me, but forgivable due to the original work.

AS: I agree, the sexism as part of the show felt a little off, but I like how it’s turned around to be more referential to that being an outdated mode of entertainment as well. For me, the biggest success of the show was how the cast carried the comedy. The audience was tittering in the beginning, and there were full-out laughs by the end. Each cast member contributed to the overall effect, and it proved to be a great ensemble show. The only other thing I found a little lacking was the sound mixing – the recording of the music was very quiet throughout the show. The performers reached far beyond the music volume with their vocals, causing a slight disjointed effect at times.

Tell me a little about some highlights from the performers.
AS: Oh! The woman who played Franz Liebkind, nazi sympathizer/playwright! She was stunning. Shalyn McFaul, she absolutely stole each scene she was in. Perfect for the role with an accent just almost incomprehensible, she was totally lovely. I also applaud the Ensemble ladies, especially when dressed as the old ladies. Such a laugh.

AM: Those Ensemble ladies! I agree, they were such a nice touch that was used often, but to good effect. My favourite character was Bloom. His hysterical outbursts were so well done! Hugh Ritchie really nailed the tone and the physical comedy between himself and Bialystock (Benjamin Todd) showed some really good chemistry. Whenever they were both on the set, I just knew it would be a great time.

Any parting thoughts?
AS: Well, I absolutely loved it. I wasn’t entirely sure what to expect in a small theatre performance of a pretty major musical, but the cast and crew nailed it. Great talent from all performers, and clear passion on the stage. Highly recommended for anyone, and a lovely show for a lighthearted evening.

AM: I second that, Amy. It’s a raucous blast, energetic and well-executed. What a great night out!