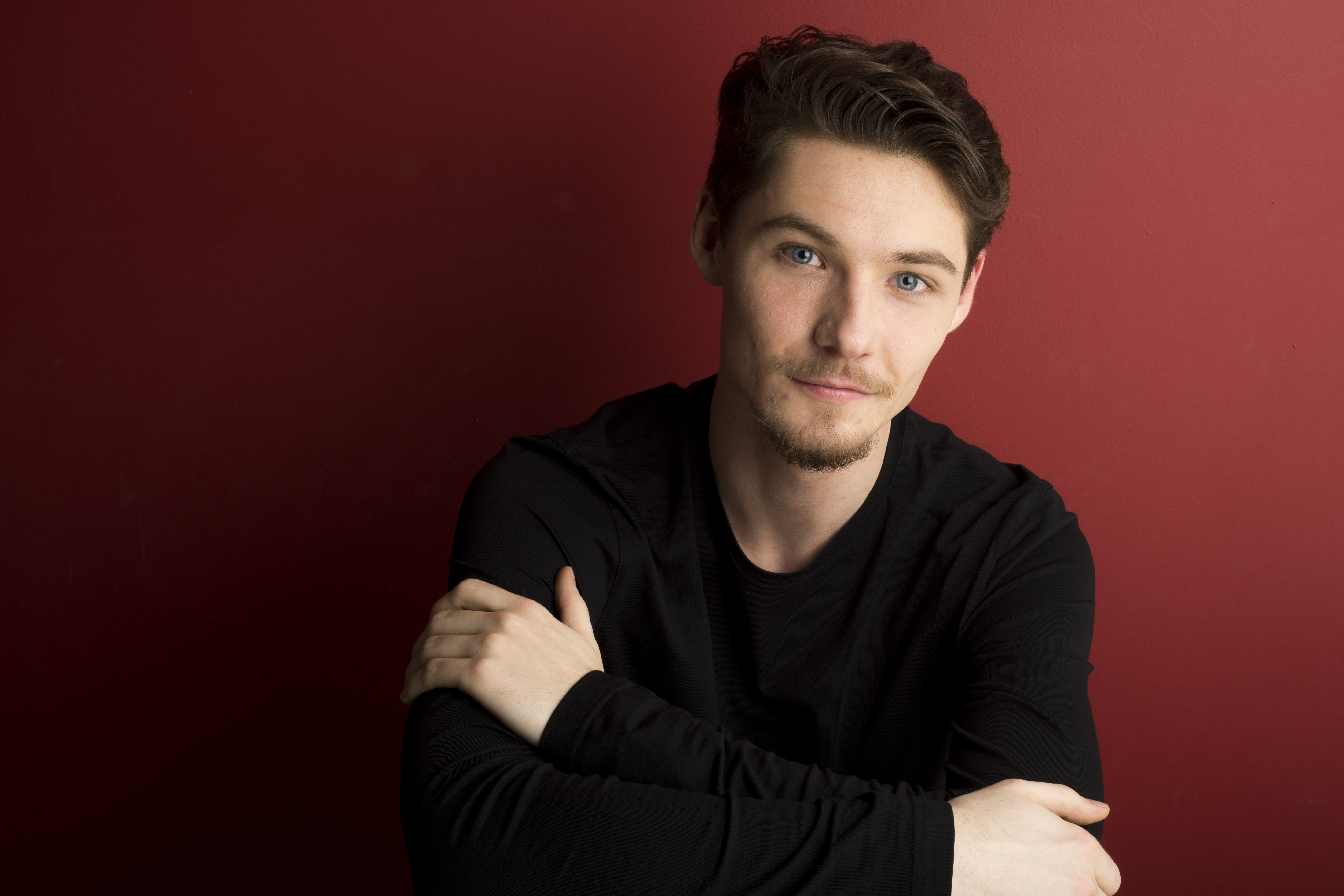 Hugh Ritchie as Cinderella’s Prince might have been the most perfect piece of casting all year in Toronto theatre. In Hart House’s excellent production of Into the Woods, Hugh combined winking swagger with his brilliant vocal chops to perfect “charming not sincere” effect and scored an Outstanding Performance in a Musical nod.

Do you remember your first experience with theatre?
I started really early… I think my first show was in grade 1. We did this play called Bones, and every character was a different bone in the body. I played Pelvis, and got to do my best impression of the King aided by a plastic guitar wrapped in tin foil!

When did you start singing?
Also started very early, I took music lessons when I was 4 years old, so naturally I joined the school choir and musicals as early as I could.

What are some of your all-time favourite musicals?
Anything by Sondheim or Kander and Ebb.

We first saw you in StageWorks’ Assassins. What do you remember most about that experience?
It was in the middle of my time at Ryerson, and singing was on the back burner as Ryerson rarely does musicals. Assassins was the first time I’d done a musical in several years and I was reminded how much I need to sing to be happy.

You’ve also done a lot of Shakespeare. Tell us about your work with Wolf Manor and how you approach a classical text differently from a musical.
I was heavily involved in Wolf Manor’s first shows (Caesar and Macbeth) and have stepped back from producing to focus primarily on my acting career. I think classical text analysis is similar to song lyrics because both are rooted in poetry. You focus on understanding the rhythm and the word choice because it’s so specific, and it’s important to understand why the character is using that particular phrasing at that moment.

What attracted you to the role of Cinderella’s Prince?
Cinderella’s Prince has been a dream role of mine for a long time. I first saw the filmed Broadway production in high school and the Princes immediately were my favourite characters. I saw the Hart House audition posting and just had to submit.

Into the Woods Quickfire Round:

“Prince Charming” has been many people in many stories. Are there any iconic versions you looked to when preparing for the role?
This version of the Prince is driven by his deep physical and passionate desires, so I knew he had to be the most exaggerated version of the Prince archetype possible. I based my posture on the medieval stereotype of royalty and the voice was a combination of William Shatner and Patrick Warburton.

Tell us about working with director Jeremy Hutton to develop your interpretation of the role.
Luckily, Jeremy and I both love working in the realm of parody. I knew the Prince was perhaps the most extreme parody of himself in Into the Woods, so I went for a very over-the-top performance on the first day of rehearsal. He seemed to like it immediately, so I just went deeper from that point forwards.

Do you have a favourite moment in the production?
Any time I got to sprint onstage, leap as high as I could and strike a pose… I wish it were socially acceptable to do that all the time in real life.

Do you have any bucket list roles?
Javert in Les Miserables, Leo Bloom in The Producers, George in Sunday in the Park with George, Jamie in The Last Five Years.

What are you doing now/ what’s your next project?
I’m having fun working with Jeremy Hutton for a second time as Seymour in Little Shop of Horrors at the Lower Ossington Theatre from March 24th thru May 14th.

Do you have anything you’d like to add?
Biggest lesson I learned from this role: never forget that “anything can happen in the woods”.