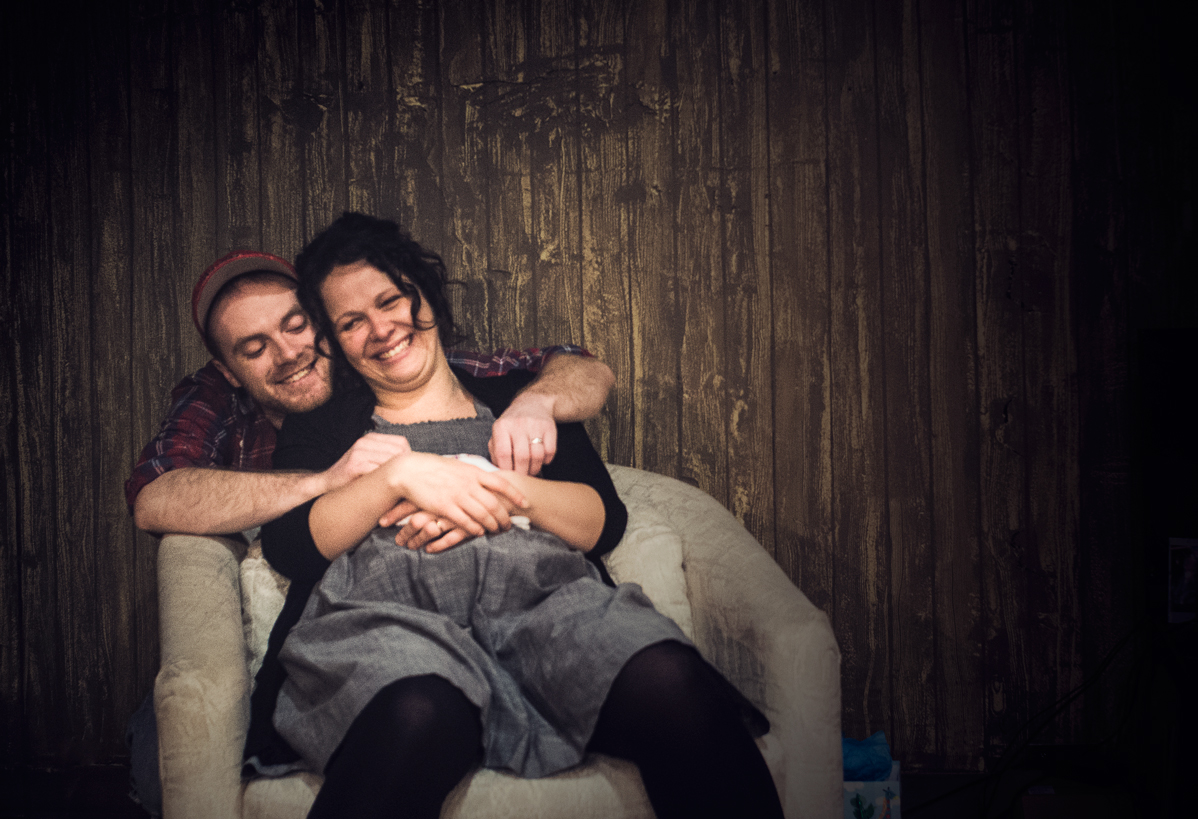 On Stage in TO: Baby Drama

Byhalia, Mississippi (Cue6 Theatre)
This excellent contemporary drama from Cue6 Theatre tells the story of flawed but defiantly happy couple Jim and Laurel whose simple lives in nowheresville Byhalia, Mississippi are thrown into turmoil when the birth of their son destabilizes everything from Laurel’s relationship with her mother (a wonderfully infuriating Kyra Harper) to Jim’s closest friendship (Mazin Elsadig, all careless fun until the turn comes) to their standing in town (Virgilia Griffith is excellent as a defiant member of Byhalia’s most prominent family) to the solid foundation on which their marriage rests. Indie favourites Joshua Browne and Claire Armstrong are wonderful in the leading roles with strong, lived-in chemistry and layered, fearless performances. Browne in particular is the best I’ve ever seen him, his hot-tempered Jim grounded in a strong sense of belonging- with his wife, to his baby, in this town. Evan Linder’s text attempts to tackle a racial discussion too large for the subplot space he’s given it but Jill Harper’s well-balanced direction and the excellent ensemble Cue6 has assembled for this world premiere personalizes the story to the point where any philosophy left unexplored is ultimately inconsequential.

Into the Woods (Hart House Theatre)
Sondheim’s complex anti-fairy tale about wish fulfillment is an ambitious undertaking for Hart House. They’ve risen to the challenge well though the cracks do, inevitably, show. Set designer Joe Pagnan’s clever set is elaborate and practical, facilitating a lot of director Jeremy Hutton’s smoothest transitions and best blocking moments, but it’s inexpertly executed and makes an awful racket when put into use. Hutton’s cuckoo clock concept is insightful and fun but his detail work lets his characters down, defaulting to a lazy anatomy joke or a shock-em screech whenever an easy laugh is felt to be overdue. The cast is the best group of singers Hart House has assembled to date but often the effect of their great vocals is obscured by over-acting (Michelle Nash’s silver-voiced Cinderella), an intrusive costume (Korin Thomas-Smith’s performance as the wolf that sounded good but we couldn’t see because costume designer Michelle Tracey went too literal with his wolf head) or a sound board that still can’t figure out to turn the volume down on the sopranos (a regular problem at Hart House, not just a product of opening night becoming a last-minute final dress). Whatever issues there are, however, can be overlooked on account of a few cast members who truly excel. Amy Swift and James King make an excellent pair as the Baker and his wife while Hugh Ritchie appears to be in the role he was born to play as Cinderella’s hammy prince (that voice, that posture, that smirk- it’s uncanny). Similarly, vocal powerhouse Saphire Demitro seems almost to have been waiting for her shot at the Witch, her dramatic performance in act two serving as the acting highlight of the production. I want to say that Colin Asuncion was my favourite- he’s a wonderful Jack, his powerful tenor soaring over the surprisingly difficult “Giants in the Sky” full of hope and terror and wonder and everything all at once- but I still can’t get over Maksym Shkvorets as that damn cow. I’m kidding, of course; the humans do all the heavy lifting and really raise the production up… but the cow dances!

Within the Glass (Tarragon Theatre)
I haven’t despised a play his vehemently in quite some time. As is the fashion with contemporary black comedy (or drama with broad comedic elements, which may be a more accurate assessment), Anna Chatterton’s imbalanced, indelicate one-act attempts to ask a question to which there is no right answer by telling the Jane the Virgin-y story of two couples whose IVF clinic mixes up their embryos, accidentally implanting Darah and Michael’s DNA in Linda’s womb. The play borrows Jordan Tannahill’s Late Company structure of a supremely awkward real-time dinner party and is ultimately balanced on Nicola Correia-Damude’s overtaxed shoulders as the woman carrying the wrong fetus. The excellent Paul Braunstein plays her husband Scott, the one character in the play who is reasonable most of the time (he’s not generous, but he’s reasonable). Philippa Domville and Rick Roberts alternate between heartbreaking and pitiful as the infertile biological parents and poor Correia-Damude is forced to spend the entire play being unreasonable, illogical, selfish, self-indulgent, demanding, strident and holier-than-thou as she pushes along a plot that has no inherent momentum. Chatterton is telling an unambiguous story as if it’s full of unknowable moral conundrums and director Andrea Donaldson counters that absurd juxtaposition with wacky hijinks and messy food gags. I haven’t been so happy to leave the theatre in a very long time.