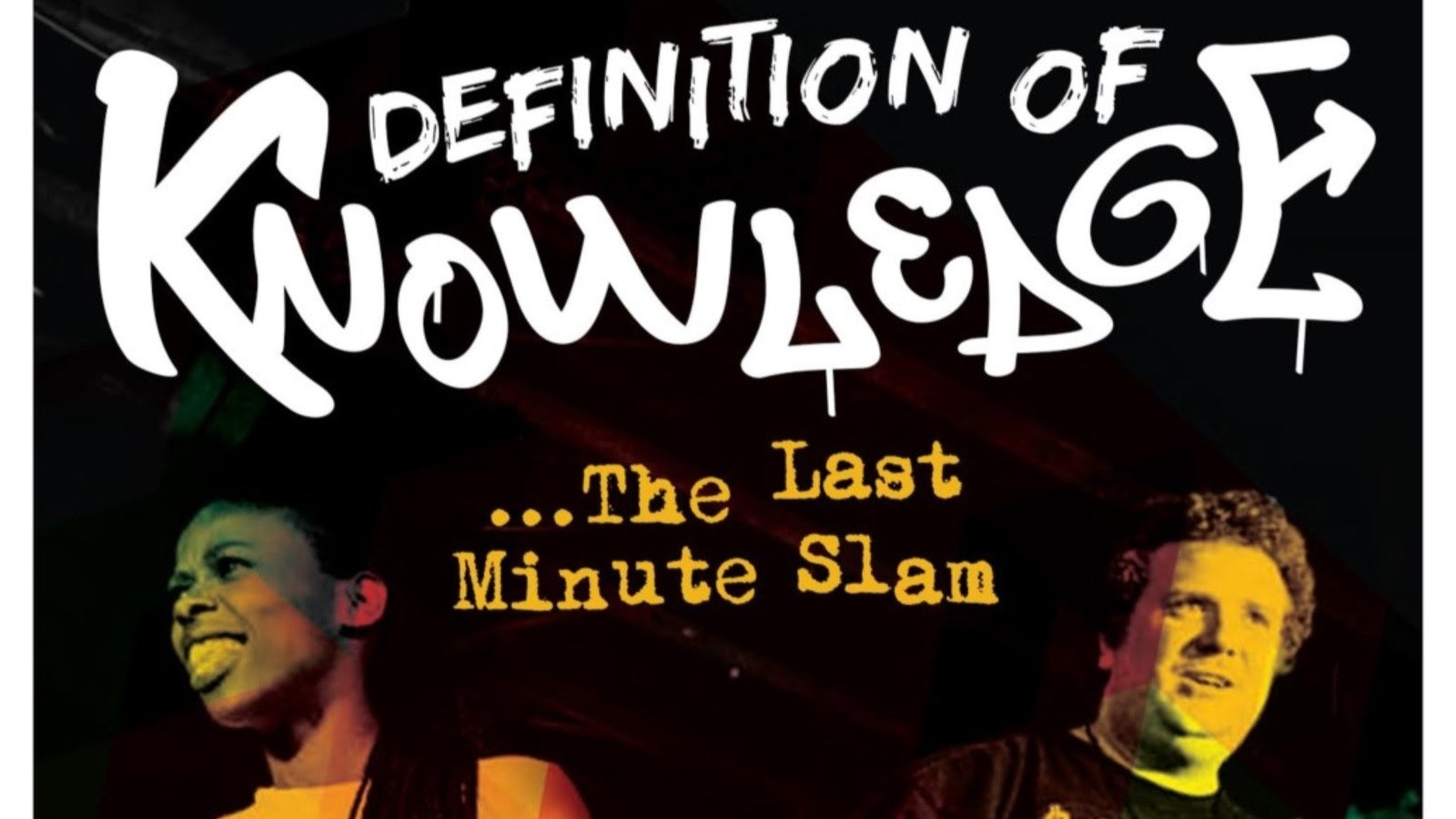 …The Last Minute Slam (B+)
This is a show that solves racism. OK, maybe not, but they logically conclude that they have by the end. That’s what I love about this show: their skewed take on logic brings attention to powerful issues while eliminating the possibility of any straight faces in the audience. So they may not have solved racism but they did bring attention to double standards, race, gender, and a 22” mule dick. (You would be surprised how important a mule dick is.) Even the duo, composed of Bryn Pottie and Hannah Younis, couldn’t keep a straight face and kept laughing at their own jokes. This is a surprising mix of slam poetry and comedy that is on point. Even when their jokes failed, and some of them failed badly, the duo were able to turn the joke into self-deprecating humour about their inability to make jokes. …The Last Minute Slam is a good time, a great show, and features authentic performers who love what they are doing.

The Fall (B+)
15 bodies on stage. 15 bodies that are moving, falling, floating, and forming. The Fall, an original site-specific dance by Frog in Hand, brought light and dark together for a surreal exploration of movement. They used a large gymnastic crash mat as a prop to do acrobatic drops that embodied what it is to fall. (And by asking what it is to fall, they asked what it is to float.) The crash mat choreography, dynamic and potent, was the highlight with a close runner up via a handstand dance sequence. The dancers did supported handstands while their partner ducked under and became a supportive table, allowing the handstander to come down onto their partner and float. On it’s own, this action isn’t anything to note but done with the elegance and grace of the 15 dancers, it was marvellous. Overall, the musical selection, or at times the lack of selection, was well done. It focused on creating an atmosphere rather than providing listenable music. However, the text portion of the soundscape was cliched and paled in comparison to the vigour the dancers brought to the stage.

Coconuts, Cedar Trees, and Maple Leaves (B)
For this show, it felt like you were chilling over drinks with two hilarious guys. Oh wait… that’s exactly what this show is. It’s set in the backroom of Sarah’s Cafe, an east end bar, and has a cozy and intimate feel. Both comedians, Habib Siam and Jean Paul, have a laid back way of delivering comedy. These aren’t energetic performances but work on a slow build as you slowly understand them and they feel out the room. Both of them talk about immigration to Canada, albeit from very different perspectives; what it is to be a person of colour; and their experiences living in Toronto. It’s amazing how these two men are able to take simple moments like riding the TTC and draw out complexity and humour. This show is all about natural flow and hidden truths. If you are looking to take a break from the rush and drama, these guys will deliver.

Space Hippo (C+)
It’s always surprising when two awesome things, in this case space and hippos, are melded together to be less than what they are individually. At it’s heart, the narrative was of a mother hippo striving to reconnect with her baby. Unfortunately, there was no emotion or connection, the baby hippo functioning as a plot tool like a chair or a lamp. Perhaps this could be forgiven because of the satirical intentions but those also fell flat. The writing went for cheap and easy shots that weren’t sustained by any plot or emotional connection. And if you like continuity in your storytelling, this isn’t for you. That being said, the artistic value of the Japanese shadow puppetry was exceptional. The story was told through projections with the ethereal quality of stain glass windows. The audience was able to see the actors’ technical skill of placing the puppets in front of the light. On one hand, watching the technical execution was fascinating. But on the other, it was distracting. A small change of using black paper instead of white for the puppets would have decreased the light reflection detracting from the story, if there was more story.

The Brothers Gentle (C)
A short tale of two brothers and their complicated relationship with The Man, a pet name they use for their father. It exists in three independent scenes: one as young children who watch the destruction of The Man after the death of The Woman, presumably their mother: as teenagers in their awkwardness: and as men at The Man’s deathbed. While the individual stories have merit and are worthy of deeper exploration, especially the final scene, the execution is lacklustre. In the final scene, The Man is on life support and yet the two children, now young men, show more emotional connection with spilling coffee than the demise of the their father. Their relationship with their father is unclear but complicated and showing this through emotional turmoil would have elevated the story. On the bright side, the costuming is excellent, both characters in white to create a blank slate, and the set is well utilized.