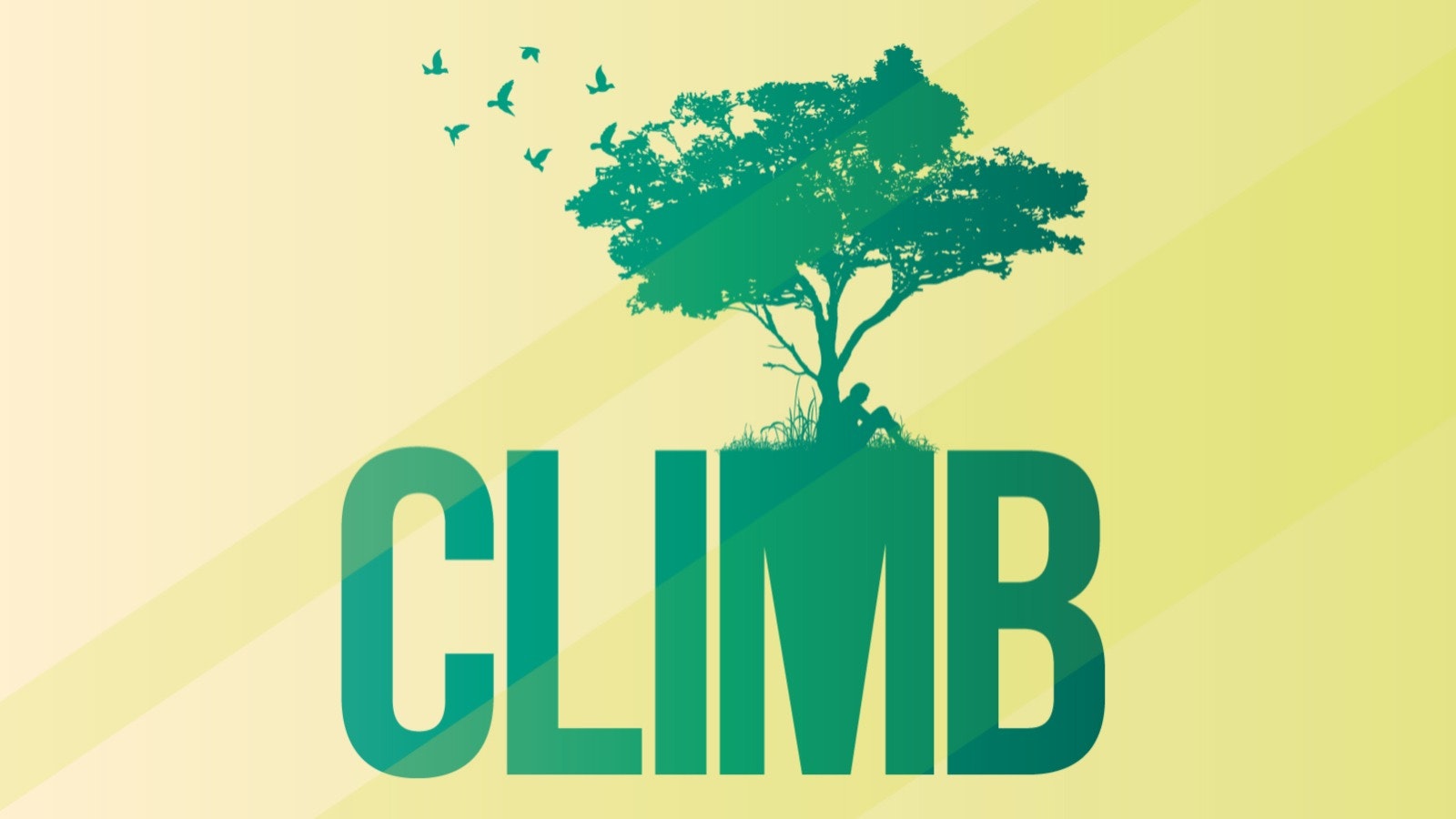 Climb (A-)
Duane Forrest’s “live album” is like a musical memoir that uses shadow screens, recorded voices, and dance to embody the memories that inform each song Forrest performs. Site-specifically presented at St. Stephen’s Community House for what appears to be mostly practical reasons (Forrest works there and this production needs a large space where they don’t have to tear down their set in 15 minutes after every show), Climb is far more technically ambitious than most Fringe shows (lighting designer Yehuda Fisher’s work is particularly impactful) but the show remains simple and focused in its telling of a relationship story. Forrest’s songs that provide the backbone of the story are catchy, atmospheric, and entrancing, giving the familiar tale a unique tone. The female character could use some fleshing out, and a more nuanced performance, but Dwain Murphy and Forrest combine as an incredibly compelling protagonist.

Enjoy the Hostilities (B+)
This storytelling show makes great use of the site-specific option at Fringe by setting the production in a grungy rock club, a conveniently located setting where Robin Black used to play shows with his glamrock band before becoming an MMA fighter then commentator. Enjoy the Hostilities touches on all that history but, with only 55 minutes of stagetime, nothing gets more than touched on as Black tours the audience through his life. Co-writer/director/lifelong Robin Black fan Graham Isador is one of Toronto’s best storytellers and he passes on some key tips like the importance of pacing, personalization, and movement, but the vulnerability and relatability that makes for a truly great storyteller isn’t Black’s strong suit and in his theatrical debut he seems a bit distant, absolutely able to entertain us but seemingly hesitant to let us in.

The Honeymoon Period is Officially Over (B)
Gemma Wilcox’s solo performance is comprised of two interconnected pieces about life as and around a British woman named Sandra. They’re very technically impressive- bare-bones, fast-paced, time-jumping stories with tons of lighting cues and a plethora of hyper-specific accents and voices. It’s all so carefully balanced and tightly choreographed that the smallest thing can throw everything off (at the opening performance, a few lighting cues were missed and one threw Wilcox off her game completely, forcing her to reset the scene). The performance requires a ton of focus from the audience as there are no visual aids to help keep the characters or story straight but as a pure feat of performance, it’s really something.

The Greatest Love Story Ever Forgotten (B-)
A clown visits an old woman in a senior’s home and they make an unexpected connection through memories both true and stolen. It’s a nice premise, and the production has some really nice moments when actors Brittany Bennett and Gugun Deep Singh drop the broadness of their characters for some true sincerity but between the obnoxious clown routine and Bennett having to play a woman at least twice her age, so much of the play is the parts between the touching reality.