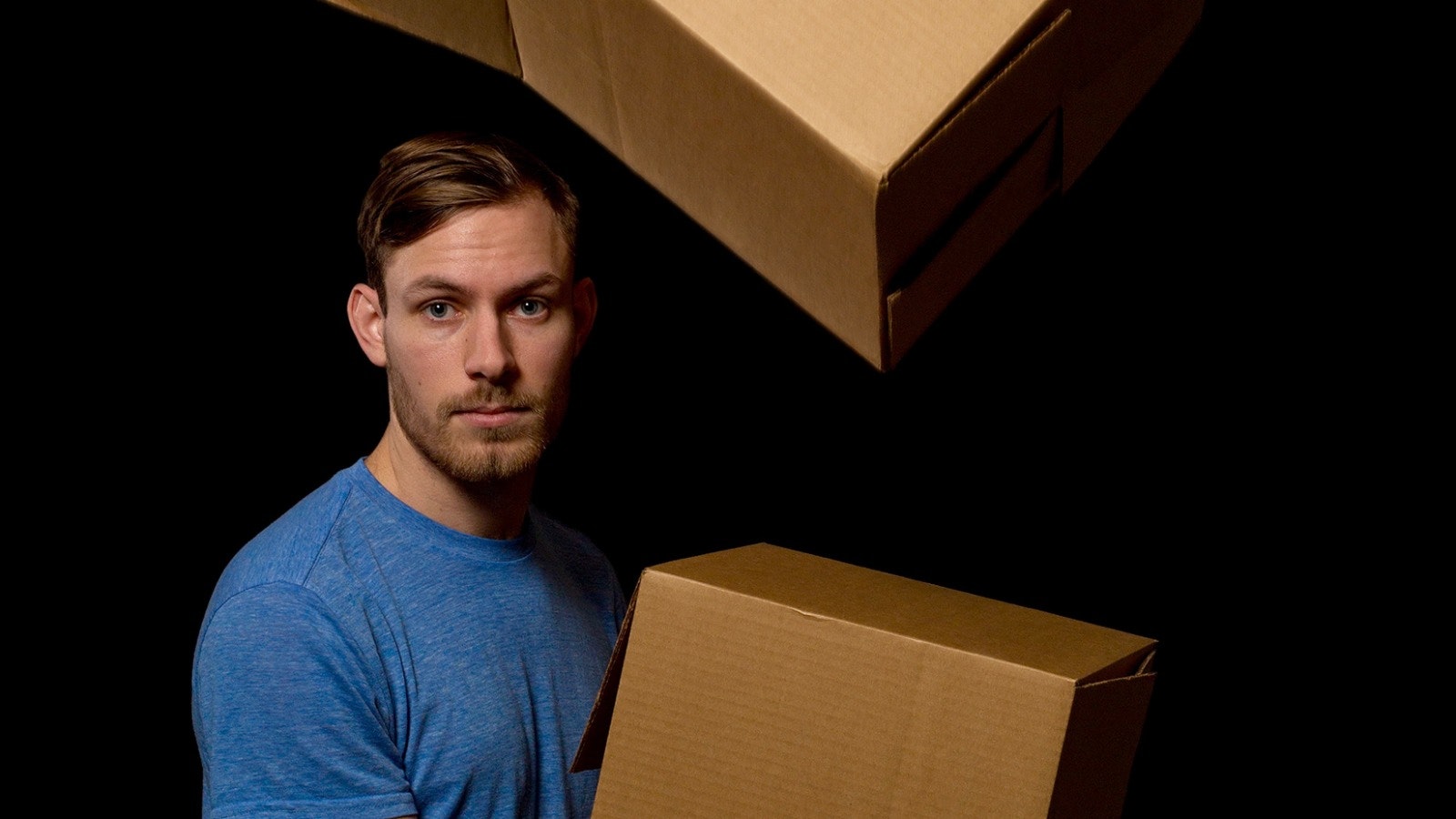 The Awkward Hug (A)
This is a play that uses all the technical aspects of theatre that I love. It’s a monologue (check) that breaks the fourth wall (check) that skews timelines with tangents (check) that uses self-deprecating humour but not too much (check) that creates vivid characters that come alive (check) and that pulls the heart strings (check). Cory Thibert is a magnificent performer. He tells a personal story of growing up as the second child to disabled parents. There is no room for pity in this story; this is how it was. A straight up and unadorned description of how Thibert grew up. For the most part, the characters he presents to the audience are brought to life through one strong personality trait that Thibert then builds an entire persona around. Artistically and technically, this is an exceptional skill. This isn’t just a show not to miss but a performer that is now on my radar for future shows. We need more people like Thibert who bring a one-of-a-kind perspective to important subjects.

Slaves of Starbucks (B+)
Communism, figure skaters, Celine Dion, airlines. Slaves of Starbucks takes these all and puts them into a provocative commentary on consumerism. Peter Aterman, the star of this one-man show, is a hilarious weirdo. Think Gonzo meets your eccentric uncle… but endearing and entertaining. This was some sophisticated silliness, bordering on absurdity, that will turn your face into a mess of smiles. Although it is really good, it isn’t fresh. The references feel like they are dated to when the world was burgeoning on the internet and where communism was the antithesis of capitalism. Also, the show was demanding, as all one person shows are, and Aterman was being pushed to the limits. He didn’t use any microphones so parts were inaudible. But it was fun, the humour was clean and consistent, and the performance was strong.

The GamePlay (B)
There are rare moments in theatre when an actor steps on stage and before they even say a word, they’ve captured the audience. This is what happened when Ben (Ryan Gordon Taylor) stepped on stage. Ben is a high level gamer. Typically awkward and antisocial, he attempts to have a party in his Grandma’s basement but only Ada (Natalie Scagnetto) attends. As the show progresses, it becomes apparent that Ada is actually a physical manifestation of an evil character from his game. The GamePlay is a lovely show. The infrastructure of the storyline allowed for each character to show range and depth. As the plot progressed, we became more and more involved in the characters. Where the show could improve was having more build for the climatic moment. The characters have been created and are ready for the stakes to be raised. This show also lacked any commentary on it’s themes which would have given it more cosmopolitan and provide multi-levels of enjoyment.

Mable and Able (B)
Mabel and Abel is a musical which follows the ups and downs of the Mabel and Able’s relationship. They fight about money, dramatically break up, and then get back together… again… and again. This is a premise that I found hard to connect to. Although Mabel and Able were well developed characters that genuinely cared for each, the nature of their relation was juvenile for middle aged characters with children. It just seems like they would be over the petty drama. But the songs were charming. The chemistry between between Mable (Michelle Spring) and Able (Michael Whitehead) was captivating. My favourite part was how the writing pulled in subtle jokes about marijuana and sex. There is a purple dildo that is almost a reoccurring character, showing up on stage at excellent moments. Another great element was that this show focused on love outside of young love. Despite the problematic premise, it does look at mature relationship issues that comes with people who have baggage and a past which I would like to see more of in the future.

The Queen’s Eulogy (C)
Welcome to the absurd, the illogical, the preposterous. Welcome to the chaos. The Queen’s Eulogy is a site-specific show that’s set in a back alley beside a garbage dumpster. It’s fitting considering the main characters, Allan (Joshua Browne) and Essy (Danya Buonastella), live in a trash tower. Over the course of the play, characters fall from the sky (so does red wine) and a story somewhat unfolds. You see, I’m not really sure what the story was as it was so convoluted with absurdity that there was no solidity to hang onto for even a moment. But there were some brilliant moments. There was a character, Miracle (Emily Bilton), that was a breath of fresh air coming in to perform miracles. The character of Gerrard (Niko Oulette), who managed to stand out in all of the chaos, and the Horse Head (Dustin Luck) had some wonderful monologues. The scene where the Queen (Joella Crichton) shows the cast her pussy was amusing. Except all of this happened between intervals of characters screaming without rhyme or reason. The main characters, Allan and Essy, who did the majority of the yelling, were two dimensional and couldn’t hold the story line together. The bizarreness of this show has peaked my interest. It read like a first draft, something that needs to be workshopped and explored more.