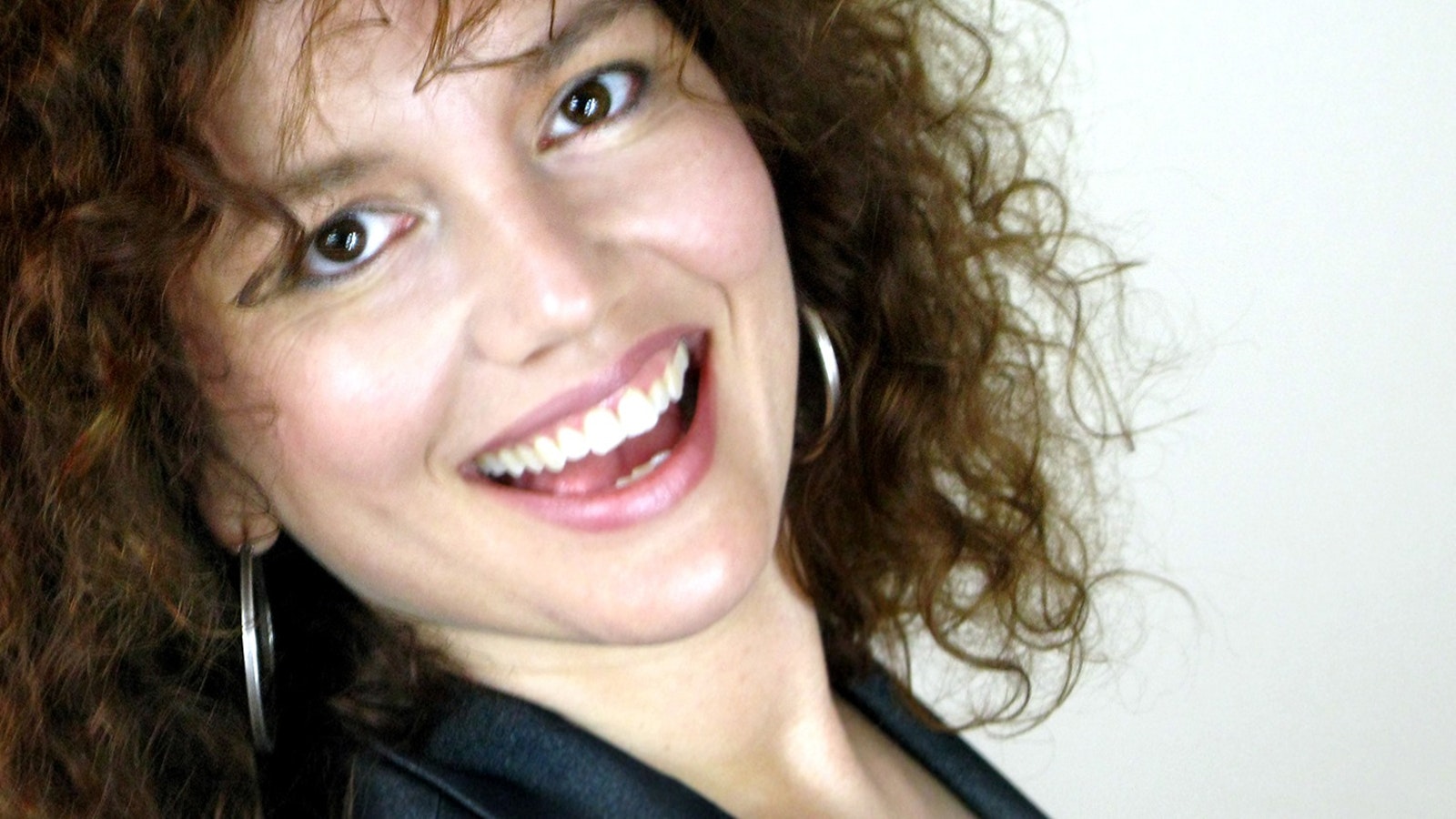 Grade 8 (A)
I am actually a fairly easy mark for songs I already like, sung well. With an absolutely stunning voice and selections that included material from Queen, Blondie and Tom Petty, Lara MacMillan did not have to do a whole lot of work to win me over. But she’s also a wonderful storyteller as it turns out. The musical fare that accompanies her year-in-the-life narrative of her days as a 13 year old in 1980 adds vivid impact to vibrantly living tales. MacMillan is an evocative performer who creates an entire world and draws the audience into experiencing it with her. She establishes not some series of vignettes, but the feeling of an emotional journey taken at an age practically defined by its sense of transitions.

The Bird Killer (A-)
The Bird Killer is an adaptation of Anton Chekhov’s The Seagull, but like the other successful adaptations of the festival, carves out its own identity so fiercely that it can be engaged with and appreciated on its own terms. The narrative is redone to depict a very modern, embittered struggle for finding truth in creating, meaning in celebrity, happiness in love and just a basic satisfaction in life that the world seems to actively conspire to undermine. At the same time, the play definitely goes as meta as it possibly can with commentaries on the importance of creating theatre, with experimental exploration of, active commentary on, and deconstruction of its own narrative, with plays within plays. I can have a hard time with that at Fringe. That sort of device can just add a murky layer of impenetrability to a show in a festival that should be as much about showing a wider city why they should celebrate its independent theater community as that community celebrating itself. Confusing isn’t always exactly the same thing as challenging. In advance, defensive affectation to that clearly the cool, smart people will appreciate your truth and hey, don’t you want to be cool and smart? Is really just acknowledging any number of people won’t be so appreciative and trying to condescendingly deny any validity to that reaction/lack of engagement. The Bird Killer, mercifully, and very impressively, avoids every single one of these traps without compromising its own sense of philosophical and creative yearning. I think a lot of that comes down to a willingness to let itself be judged harshly for its own viewpoints and devices, for presenting them from tangible, flawed, human perspectives woven into the play’s characters by an extremely talented cast. Ironically, in opening itself up to be hated, the Bird Killer invites its deepest possibility for appreciation and impact.

False East (B+)
False East is a mostly comedic, goofball take on Sam Shepard’s True West, but you don’t really need to have seen that play to enjoy the performances. Doing so would add an extra layer of appreciation to the references, jokes and parallel story structure, but False East’s humour is a strong enough force to stand on its own. So is the sheer CanCon-ness of False East’s Toronto based narrative. Tim Hortons and Casa Loma escape rooms play such pivotal, repeatedly referenced plot roles that I started wondering if there was some kind of branding promotion going on. A framing narrative of two old, estranged friends reuniting in the café where they both once worked is the setup for wild role reversals and table turning surges of fortune and loss. The cast all do great work fleshing out the quirks and tics of their characters to hilarious effect. But there is a sharp veering towards serious dramatic revelations at one point during the play that doesn’t exactly feel earned by the lighter events and portrayals that preceded the moment, nor by the dip back towards comedic mania that comes not long after. The shift feels mostly like a legacy of the source material, and it’s a testament to the success of the reinterpretation on the whole that the sequence just disrupts in the moment of it, instead of derailing the show entirely.

PRTNR (B+)
A two person comedy sketch showcase exploring the idea of partnership is going to rise and fall on the strength of the bond between its leads. Fortunately Natalie Kulesza and David Rowan project a sense of ease, connection and chemistry between themselves that a team who have been working together for a lifetime would be lucky to have a trace of. This is particularly fortunate for a show where the jokes don’t always land and not all of the outright groaner moments are seemingly intentional. Even when the humour doesn’t quite make it all the way there though, the fundamental likability of this partnership inclines an audience to carry it through.

Dominion (C+)
The problem at the heart of Dominion feels as if there was one main overall script for the play, but a couple of other pages from a wildly different show got mixed in at random, and they decided to just roll with it. On the one hand, Dominion is the story of national park wardens forming tentative bonds of trust, friendship and mutual respect despite being stationed separately across entire sectors of forest. And that chunk of the play is performed with winningly and heartfelt care, by actors with charm to spread about. Cameron Smith channels his best inner Nick Offerman as Wyatt, the earthier and far more experienced of the pair, keeping in touch with Johnathan (Scott Murray), the urbanite rookie, via binoculars and walkie talkies. On the other hand, the pivotal, resolution defining climax of the play involves a wildfire aggravated by basically aliens. Or ghosts, maybe, I guess. It’s a set of hovering lights presented as clearly unnatural from effects and musical cues, and referred to as such, with some earlier blips of moments of setup. Most of this play is a tale of yearning for accomplishment and identity, of appreciation for nature and overcoming its travails, of how two men of very different temperaments find ways to value each other. And then, briefly, yet with baffling critical weight to the play, it’s about aliens (or ghosts). This might be a minor issue for some people, I’ll acknowledge. But I can’t find my way past how needless this development was to get back to appreciating anything else the play did. There are plenty of methods to have a forest fire get worse to challenge the characters with from nature itself, that would have made more sense and felt more consistent. Picture Casablanca, but out of nowhere, the plane Ilsa gets onto at the end is the Millennium Falcon. It would still be Casablanca, sure, but some people would be going “what the hell was the Millennium Falcon doing there? What the eff?” as their overwhelmed response. (I am aware any number of people would also be going “you just made Casablanca 200% more awesome”, thank you).

Glorious Loser (C)
This felt like a promotion for the solo performer’s youtube channel as much as anything that existed within its own right. And if it so happened that I ever forgot that, the constant reminder of said youtube channel existing was projected on screen after nearly every one of the performer’s video skit sequences that mixed in with the live ones. All the same, there was something genuinely impressive in Moniquea Marion’s 25-character blitz. Every one of the characters and the attempts at comedy made through them felt singularly distinct, which is a testament to Marion’s acuity as a writer and performer. That’s not to say the jokes all worked. In fact some of them felt pretty tired, personified with a dip into a pot smoking, thug life Martha Stewart (because hey, did you know she’s friends with Snoop Dog?). There were also periodic technical issues (costume bits falling off in the main) that were unfortunate for dinging a given sense of a character when fast, yet still entirely realized character work was the hallmark of the piece.

Final Exam (C-)
This was basically a live action episode of the Outer Limits (the 1995 era) with a premise of alien visitors that may or may not be more than what they seem. I don’t say such all that unkindly. Really they captured the feeling so well that I could picture the pithy opening and closing narration that accompanied that series. It’s almost a missed opportunity that the show didn’t work something like that in. But the Outer Limits remake was no Twilight Zone, or on par with its own original series, and there’s a reason for that (disgruntled ‘95 Outer Limits fans: the line to kill me before Fringe is over is already occupied by Gen Xers, goths, and probably a few existentialist clowns). The rising tension and revelations of the show are really predictable, and the moment Eliot was mentioned, my internal countdown clock to the whole “this is the way the world ends” bit being quoted in the show’s resolution started. This is a show that clearly wants to be creepier and more frightening than it is. The cast do a solid job of demonstrating the increasing sense of fear and stress creeping into their high school interactions, but there’s only so much they can achieve with some fairly shallow material. Not everything needs to be rife with philosophical and dramatic nuance, but really even that’s part of my point. This is a show that would have been better off embracing itself and going full b-movie than fumbling for an out of reach relevance.