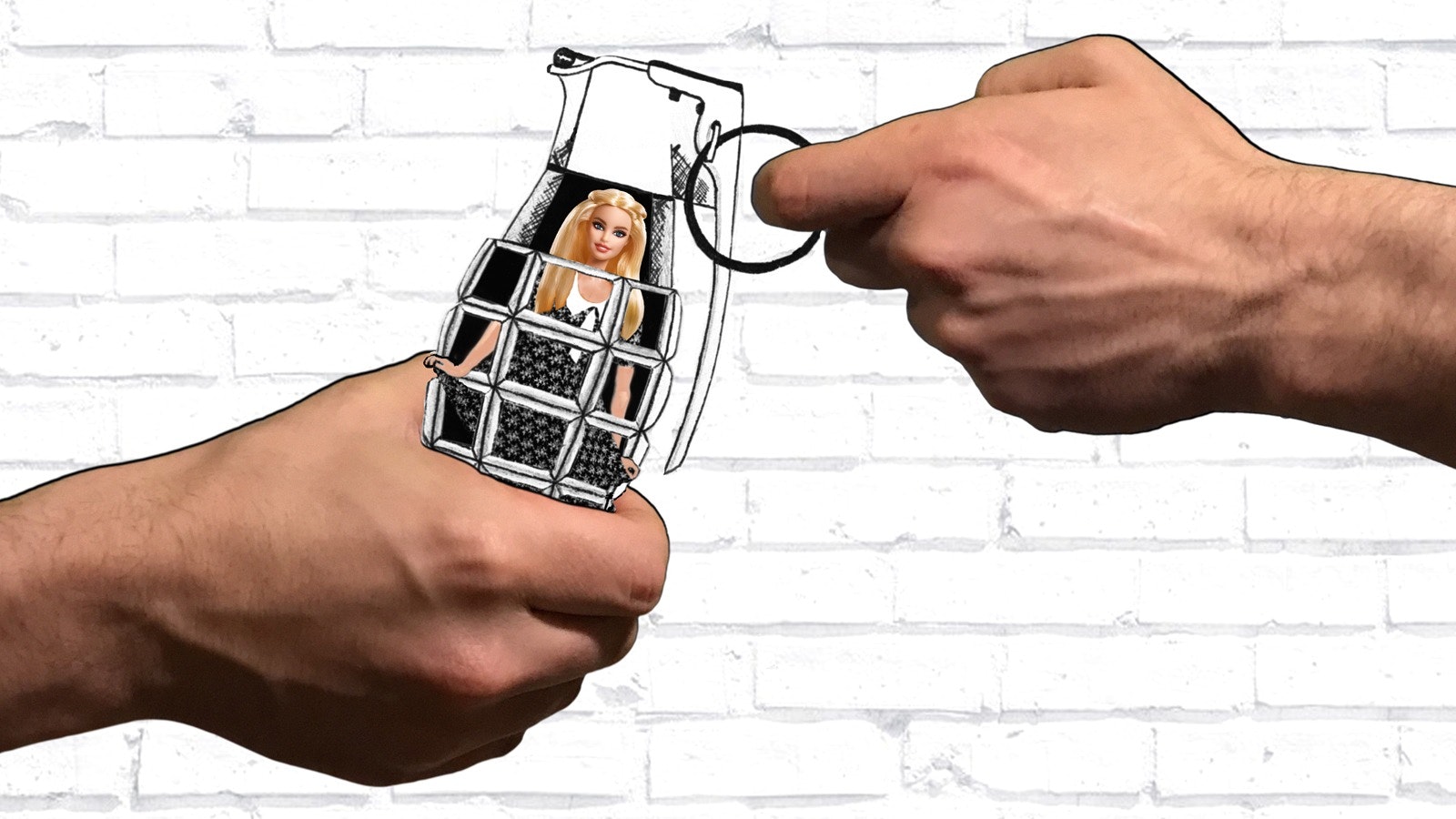 Sweet Girl Shrapnel (B+)
A walking tour of some graffiti alleys in Kensington Market, SGS is a stripped down tale of a woman’s bittersweet childhood memories. Written by Colleen Osborn and directed by Cassandra Silver, Cabiria (Xanath Fuentes Natanson) leads the group in search of her missing friend Stacey, while reminiscing on various street art as it is passed. Spray paint in hand, she is ready to pay homage to her lost ‘sister’… but the tale takes a surprising turn when the events that ‘pulled the pin’ come to light.

Marc and Xave: Song Engineers (B+)
Produced by engineer/musician/math teacher Xave Ruth and guided musically by Marc Tyndel, Marc and Xave: Song Engineers are a duo that has mastered a complex blend of comedy, music, and math in a way that is accessible and entertaining – songs about a girl in high school who is harrowed by quadratic formulas in a dreamworld called ‘Math Land’, what it’s like to be an advanced robot, and a silly chant using words entirely plucked from musical scale lettering. With a fun BINGO game comprised of various bad musical tropes such as ‘cry-singing’ and ‘suddenly it’s windy?’ which play into the performance, this duo toes the line between quirky, vaguely irritating and downright funny. Well worth the watch!

Easter Bunny (B)
There is not much to like about this iteration of the Easter Bunny, as he calls himself. This Marbles Theatre performance is the monologue of a serial rapist as he sits in the apartment of a girl he has targeted. He lounges in her territory with predatory claim, ruminating on the nature of men and their proclivity for violence, having himself given into those drives and enjoyed the ride. He strokes his knives while wistfully detailing about how he can only truly be himself in moments like this; a monster who looks in the mirror and sees his own damnation, but smiles anyway. It’s not exactly an enjoyable experience, but it’s an interesting peek at some very dark truths.

Fine China (B)
A play about the cultural clash between eastern tradition and western influence through the lens of a family, Fine China is a well-written, smoothly delivered and at times touching piece. After their strict Vietnamese-Canadian father (Nam Nguyen) dies, ‘black-sheep” of the family Kim (writer Julie Phan) returns home reluctantly after three years to her sister Audrey (Natalie Thai) for the funeral. The actors are all very talented – in particular, the bickering chemistry between sisters is very vivid and believable. The disappointment of her father is palpable and well-executed, with Nguyen delivering the funniest lines.