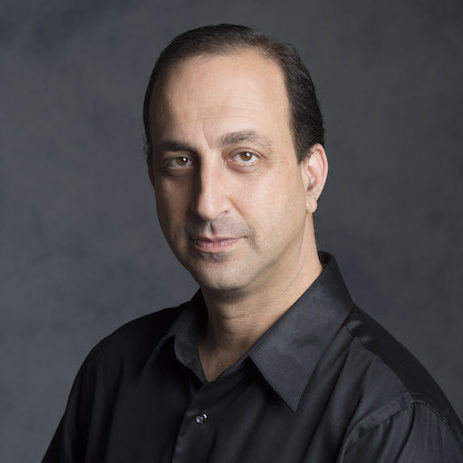 Sanjay Talwar returned to the Shaw Festival in 2017 to play Joe Clark in one of two premiere productions of Michael Healey’s delightful political one-act 1979. A principled, glamourless, centrist conservative whose administration lasted less than a year, Joe Clark is arguably the least famous Canadian prime minister but he’s the perfect protagonist for Healey’s complex and hilarious play wherein two supporting actors flit between many different characters coming and going from Clark’s office the night of the fateful budget vote that was the beginning of the end of his time as PM. In his Outstanding Actor-nominated performance, Sanjay served as the play’s anchor, its conflicted moral compass and sympathetic non-hero (he’s not an antihero, he’s just a non-hero the way most folks are).

Do you have any dream roles?
It used to be Romeo, but I think that ship has sailed. Lear and Salieri are the two dream roles currently … but more get added to the list with each play I read.

What drew you to 1979?
The story that it told. An exploration of ethics in politics seems perfect for the current state of the world. And then the writing – Michael Healey is a brilliant writer and the words were such a gift to an actor.

Joe Clark is obviously a real person. Did you try to imitate him at all or was your interpretation purely a character?
Michael is clear in his script that he doesn’t want an imitation of the real person. That said, I did try to match some of his gestures; it seemed right and quickly became part of the character I was playing.

Were you able to speak with Clark at all when preparing for the role?
No.

Tell us about working with director Eric Coates
It was my first time working with Eric and I loved every moment. He’s a very smart man, and a terrific collaborator. He gave us a fun, safe space to play and has a great eye as a director.

Were you in touch with playwright Michael Healey at all throughout the process?
Yes. The play had two separate productions rehearsing in Niagara and Calgary at the same time, and Michael was present and instrumental in both.

Do you have a favourite moment in 1979?
So many … Trudeau’s entrance with the chainsaw, Clark’s speech assessing his own performance as prime minister, his battle with Mulroney, and the political argument with Harper. Pretty much every moment on stage in that play in that role.

Tell us a little bit about Wilde Tales and your experiences interacting with the kids for that show.
Wilde Tales was a tremendous amount of fun. We would do a workshop with the kids for an hour before the show, which gave us a sense of how things might be during the performance, although you never really knew until it actually happened. Their level of engagement and fearlessness was inspiring and really added to the experience of the show.

What are you up to now/next?
I’m currently back at Shaw working on two plays – Stage Kiss and The Orchard (After Chekhov).

Do you have anything you’d like to add?
Performing in 1979 was one of my favorite times in the theatre, and the honour of this nomination is the icing on the cake.