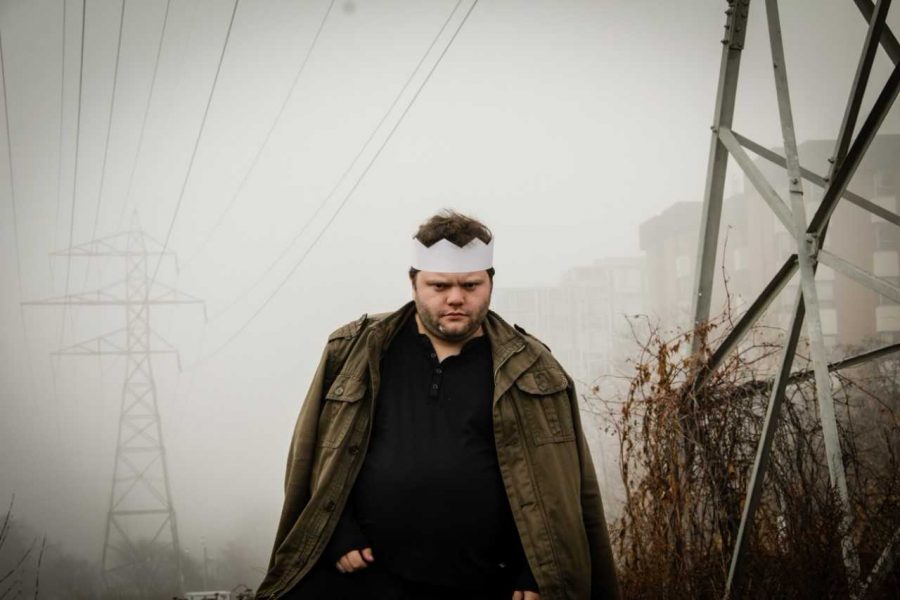 The Shakespeare Bash’d production of Richard III at the Monarch Tavern was just the thing for one of these wintry February nights.

In contrast to the weight of the play, the atmosphere is cozy as we walk into the space: the narrow space has been transformed into a stage – chairs line the sides of the room, facing inwards, creating a long rectangular space in which eight actors take on several roles each.

Julia Nish-Lapidus has directed an ambitious and entertaining iteration of the fourth in a tetralogy of plays that traces the warring houses of York and Lancaster. The characters constantly make reference to events outside the scope of the action, which can be overwhelming and confusing and means that characterization is really important for keeping us in the moment and communicating the stakes. Nish-Lapidus has stripped Richard III down to its bones: there are minimal props, costumes, and effects. As a result, the actors carry the play.

Happily, the cast more than rises to the occasion. James Wallis’ Richard balances the paradoxical qualities of this king – he is both protagonist and villain, repulsive and charming, and you find yourself on some level rooting for his ruthless plans to succeed.

Other notable mentions include Trevor Pease whose contrasting kings offer up the kind of sincere vulnerability entirely lacking in Richard. Drew O’Hara provides unexpected comedic relief with as an anxious Killer #2. Catherine Rainville is impressive as she pushes back against Richard’s emotional and political force, Jennifer Dzialoszynski as Anne moves from vitriol to confusion and acquiescence in both smooth and surprising ways.

There are some clever directorial choices beyond set and characterization: in one scene, the production deals with some cuts by having the actors announce in a kind of point form several plot developments, punctuating their statements by slamming down milk crates. This helps fill in some plot, keep up the pace, and maintain the audience’s attention despite the overwhelming information that we’re offered.

The one thing that seems out of whack to me is the choice to blast, intermittently, hard rock music. While in some ways consistent with both the stripped down staging as well as the venue itself, it doesn’t quite work – I’m not sure if it needs to be used more throughout so that it seems less random, or if the intimacy of the venue makes it difficult to use it at all without it seeming over the top.

The show’s advertising self-consciously references its significance against the backdrop of figures like Trump, but the experience of watching the play resonates well beyond the superficial parallels: Richard III is not unlike reality television, where we find ourselves caught in the seductive grip of terrible personalities because they are also the most interesting.