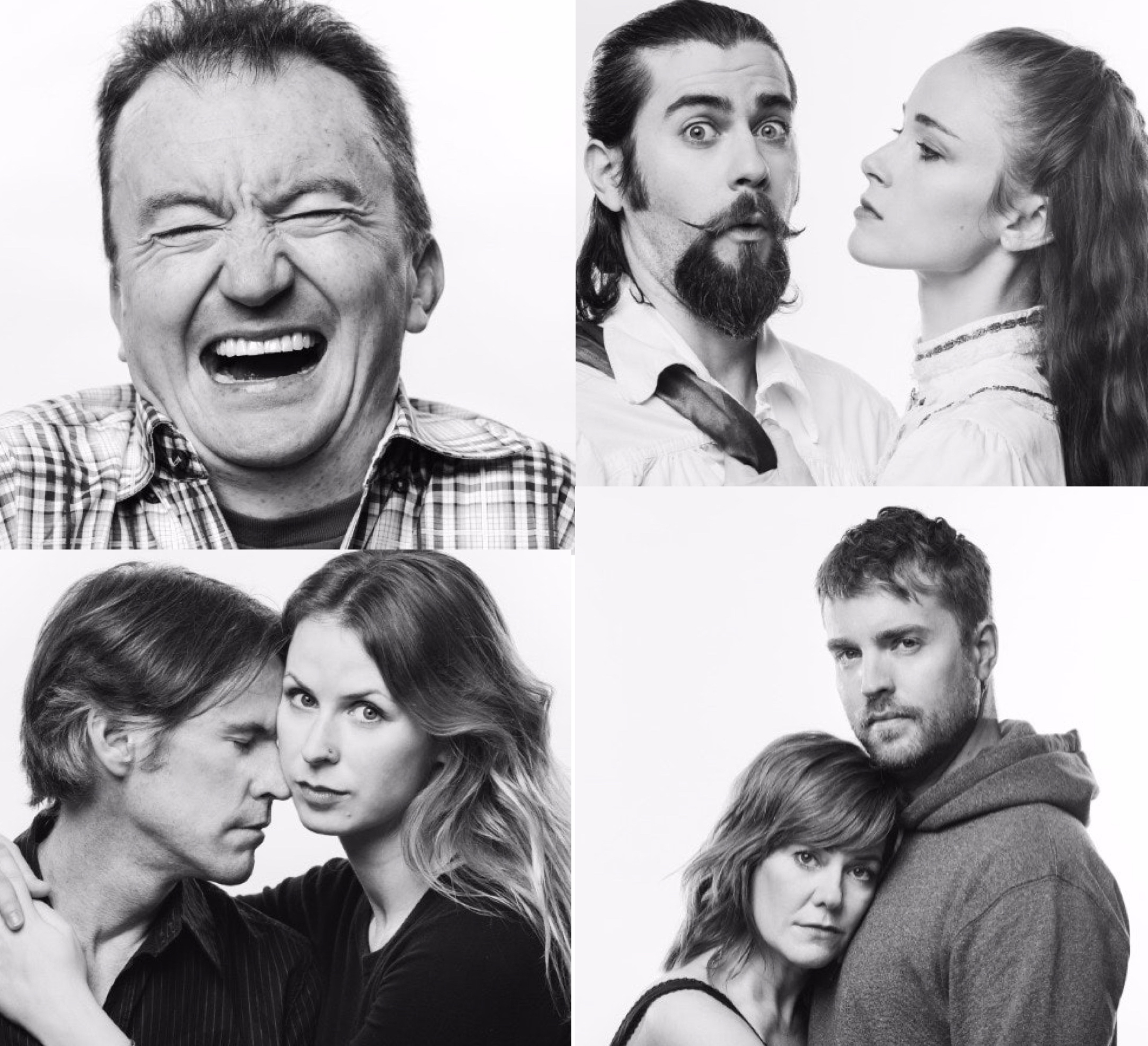 This Assembly Improv show invokes the Harold Technique of audience participation to get suggestions from the crowd on which the theme of the show is based. The night I went, actors came down and bantered with the crowd, asking questions and making fast and funny connections between audience members until finally one of the actors asked a man in the front row to describe a recent experience using one word. “Touching,” he replied to the actor’s frozen smile. What struck me about the show that followed was how a theme that could have gone in a pretty goofy direction was taken in some interesting and unexpectedly nuanced directions by a group of skilled improv artists. The cast is solid and cohesive, which made this show run smoothly with only a small handful of awkward moments and many hilarious ones as they wove together scenes and stories that call back and fold in on each other in interesting and entertaining ways.

Set in small town Newfoundland, Birthday Balloon shows us the swan song of a relationship in which a David (Craig Pike) and Millie (Renee Hackett) try to reckon with their history and how they have ended up where they find themselves, unable to agree on how to move forward. The two vacillate between anger and vulnerability, often at different times, and in a way that feels like an awkward and painfully beautiful dance.

Hackett is stronger than Pike, though to be honest it’s hard to tell if his range is narrower, or if it’s just the character of David who annoyed me as he shifts uncomfortably between whining and moping and anger in a way that is so characteristic of unreflective masculinity. Or, perhaps it’s that Hackett’s performance of a woman railing against the changes in her life is so resonant and grounded that half the time I forgot that I was watching a performance. This is not a comfortable piece but it is an affecting one that will likely stay with you.

Sex T-Rex has created a hilarious adventure-parody, where The Princess Bride meets Mario Brothers (and Game of Thrones) in this epic narrative that takes the audience on a heroic pirate journey. The set-up mirrors that of the Princess Bride, but instead of a grandfather reading to his grandson to help him feel better, he brings an old videogame from his youth to share. After the grandson’s initial skeptical resistance, they begin their journey.

Using their physicality and some minimal props, the cast manages to both invoke the imagination of the audience while also both making fun of old-school videogames. Props like colourful cloths and cardboard cut-outs of Mario characters reference the basic graphics of the 80s and 90s, which is especially delightful if, like me, you were playing videogames back then. The cast is strong but special recognition should be given to Kaitlin Morrow for her remarkable presence within both her characterization and her physicality more generally. Her character also subverts the boring tropes that women get relegated to in fairytales (even, it must be said, in the almost-perfect Princess Bride).

My main criticism is that this show would benefit from shaving off about fifteen minutes– the twists and turns of the narrative are clever and carry you along, but the comedic tenor of the show would be better appreciated in a shorter window.

This show surprised me. I don’t normally change my mind about a show so often within such a short window. I went in hoping for quality, found myself deeply annoyed in the first ten minutes, but then was won over hard by the end. The two-hander depicts a man and a woman (Martin Dockery and Vanessa Quesnelle who are also the author and dramaturg, respectively) in a hotel room, ‘creating an experience’. To say more than that would be a spoiler, so I’ll leave it there. Although the start is slow (the actors seem like they are doing their first cold read-through), once the story gets going it’s clear that these two actors are connected and more grounded than they initially seem. I would have liked to see Quesnelle vary a bit more in her movement and her voice, since her tone stays within a narrow range throughout the performance, though I should also mention that there is an authenticity and depth to her emotional range that outpaces Dockery, whose comedic acting is strong but whose emotional authenticity could be mined for more depth.