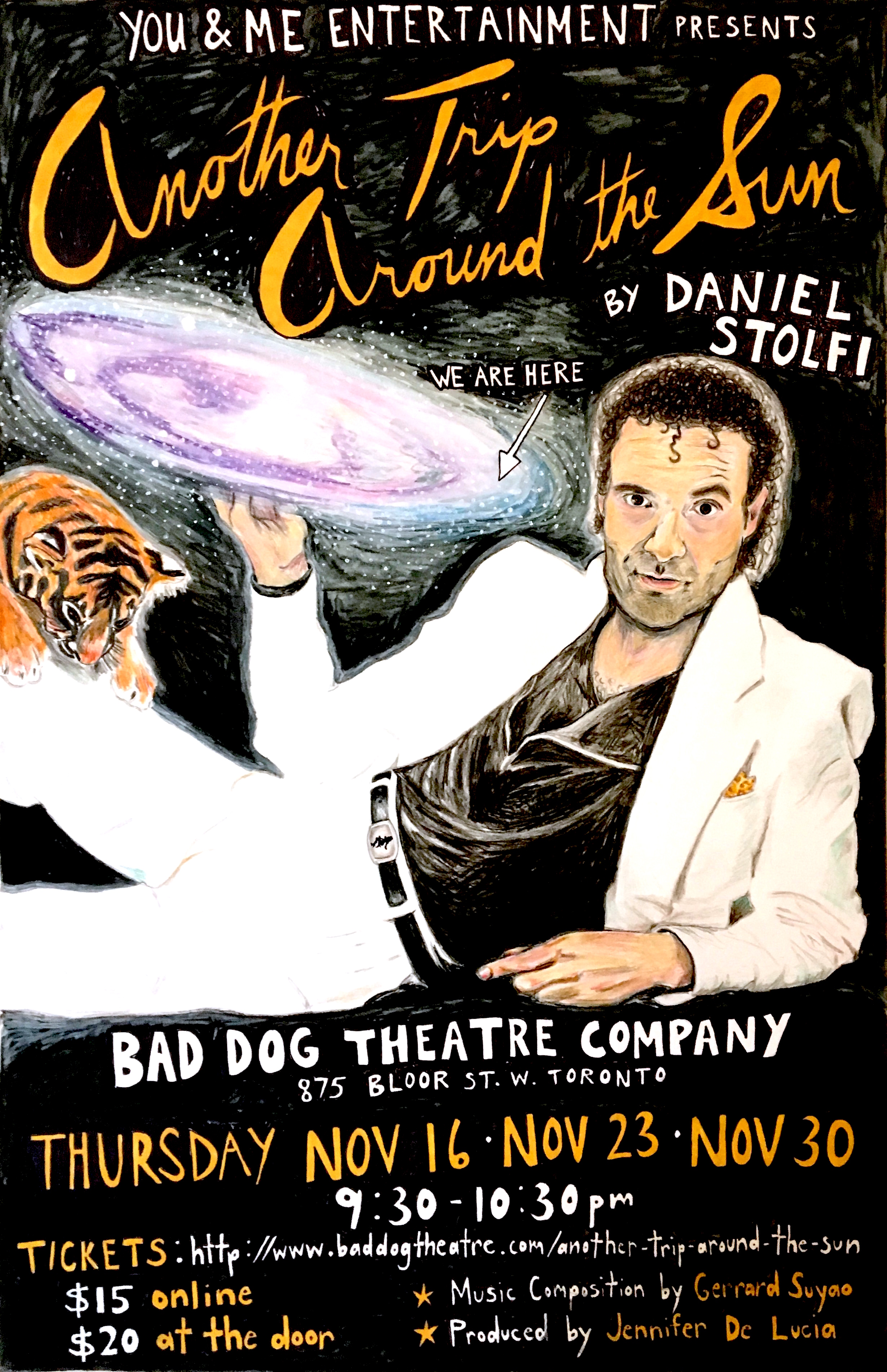 Another Trip Around the Sun, Another Great Solo Show

I was at the opening night of actor-writer-comedian Daniel Stolfi’s Another Trip Around the Sun at The Bad Dog Theatre. The opening act for the night was improv duo Probably Pregnant (Lisa Gilroy and Natalie Metcalfe) who almost had us rolling off of our seats. A persistent Natalie begs Lisa to join her at the club for her 30th birthday party. We later learn that Lisa’s boyfriend was buried just the day before. Awkward, certainly, but unsurprisingly hilarious in the hands of these two.

You may know Stolfi for his hit Cancer Can’t Dance Like This, which I am told is a predecessor to the material at hand. Another Trip is a look back at everything he has learnt since coming to terms with his real-life ordeal with lymphoma cancer.

Much of the new piece highlights not only his love of dance but also his love of music and the role it had in shaping him into the man he is today. He fittingly sports a red leather jacket for much of the show, honouring his idol Michael Jackson. He passionately explains at length how songs like “Heal the World (Make it a Better Place)” and “Man in the Mirror” were ahead of their time, encouraging us to make changes in order to improve the planet – beginning with ourselves. By playing an array of sound clips for us, he cleverly identifies how newer musical sensations like Justin Timberlake and Bruno Mars are simply recycling beats from songs like “Billie Jean”.

However, he encourages us to not just see the world as having gone completely crazy, by amusingly displaying how the ancient Egyptians and ancient Romans had it far worse. Their forms of entertainment often involved people dying! Plus, lets not forget they didn’t have the systems for managing human waste we take for granted today.

What Stolfi does exceptionally well is imitate his Italian parents. He engages us by relaying deep conversations they have had about topics such as religion. For instance, he challenges his mother about Jesus, asking how he can be real if he never shows up for his own birthday.

Sometimes the piece leans more towards solo theatre and sometimes more towards stand-up comedy. In this sense, it is refreshing to listen to a monologue without all the pretention theatrical conventions can be wrought with. Overall, laughter rippled endlessly through the crowd as Stolfi’s simple charm and quick delivery collided to keep our attentions particularly high.

Catch the show Thursdays at 9:30pm until November 30th. The late time leaves no excuse to skip out on a fun night of comedy. An added bonus is you can bring your drink inside the theatre with you.