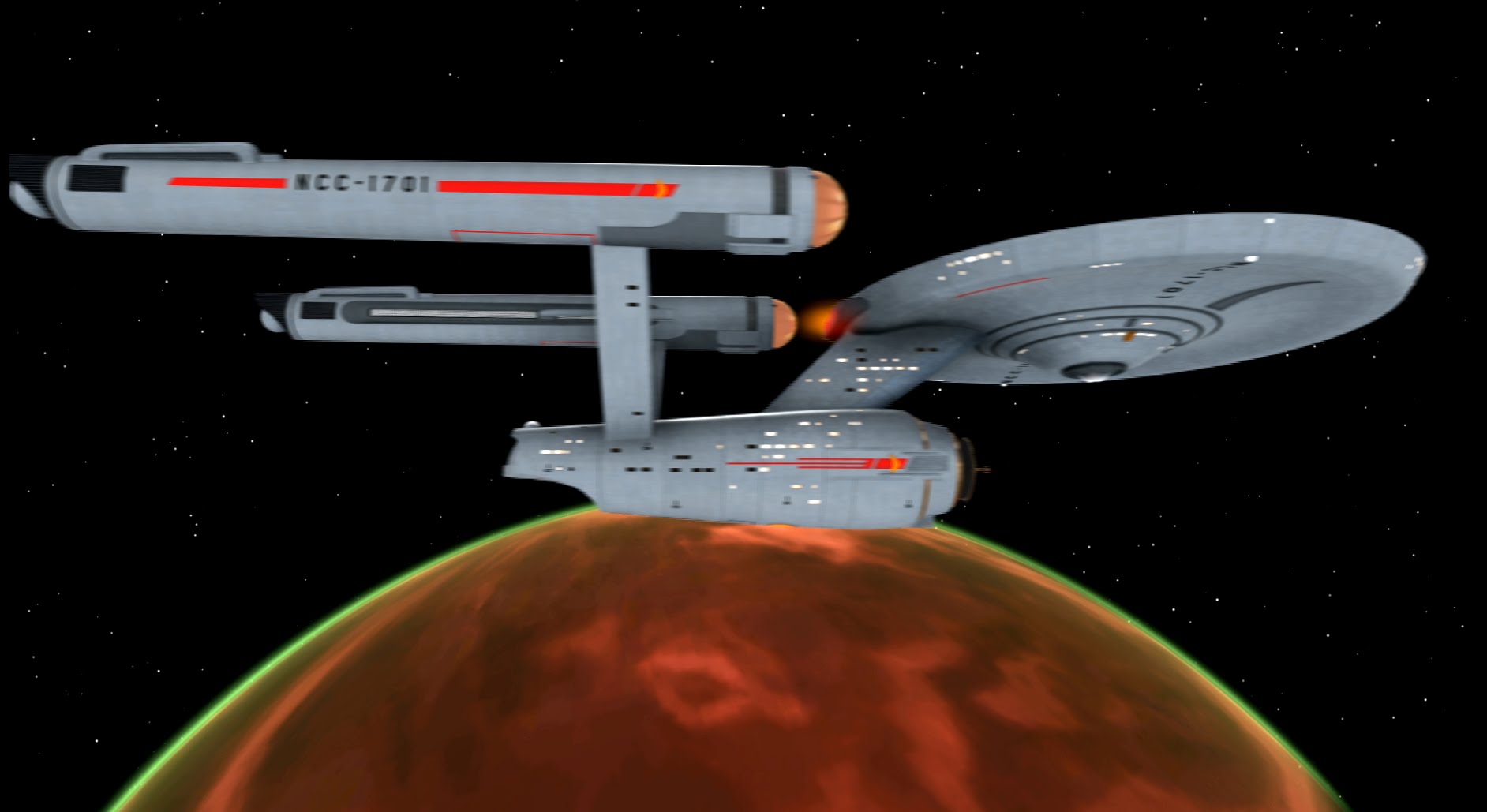 It’s the 50th anniversary of Star Trek and I celebrated by playing so much Star Trek: Online. Also, a bunch of Destiny.

Star Trek: Online
As someone who’s been playing video games since the early nineties, I’m used to turning games into what I want them to be. Most modern games are stuffed with fully voiced characters and step-by-step quest instructions. Part of what keeps games like Civilization so popular is that potential for self-directed storytelling: you chart the narrative of your own experience.

My experience with MMOs these last two weeks (STO and WOW) have taught me they traffic in this kind of storytelling quite a bit. World of Warcraft paints the broad strokes of the world but allows you to fill in the details for your own character. Star Trek does this as well but on a larger scale: you’re experiencing and writing your own Star Trek TV series, episode by episode, and you’re given a lot of visual customization to emulate your favourite era of the franchise, follow canon, or create your own.

I monologue while I’m playing this thing. I obsessively update my crew to reflect their rank and personalities, I’m very fussy about the look of my ship (Going so far as to spend money to do so), and I’ve already written about how I like to sit in my fake chair on my fake bridge to read crew reports.

But goddamn this game is janky. I can’t imagine how hard it must be to optimise a 6-year-old PC product but the gaps are very noticeable. For a piece that spends so much effort immersing you in the world, there are very serious technical problems that yank you right out of it. Graphical and animation glitches are so common I don’t even notice them anymore, they all fall under the veneer of my fantasy, but they are what stops me from playing when I do notice. Further to previous discussion of the limitations of the video game cutscene, Star Trek is much less ambitious than Deus Ex but is attempting to emulate the style of a television and film franchise while also creating an immersive virtual environment for the player. It results in a collision of sensibilities that conflict at every turn, especially since the quality of the writing and voice acting is all over the place. (And often not up to even Star Trek‘s dubious standards of quality.)

Destiny
With Rise of Iron coming out in a few weeks, Bungie’s rocky new hope is near to ending its second year. I was an early adopter of Destiny as I think Bungie’s gunplay and visual design are the best in the business. It’s easy to forget, 15 years after the release of Halo: Combat Evolved, just how goddamned good Bungie is at making shooters. Their real-military sci-fi aesthetic got better with every iteration, culminating in Reach by allowing the player to mix and match armor pieces to create their own Spartan.

I was enamoured by the concept art and early screenshots of Destiny from the get-go: The mix of military gear, heavy armor, and lived-in cloths recalls John Mollo and Christopher McQuarrie’s work on the original Star Wars trilogy and Frank Herbert’s descriptions in Dune. The combination of old-world cartographic imagery, Apollo-era NASA tech, and brightly coloured typographics shouldn’t work and, when surrounded by other players in a social area, sometimes creates a riot of colour and patterns that bring to mind a crappy anime one-sheet.

Bungie’s world building is great. Their minute-to-minute storytelling, however, is not. Halo‘s story works because so much of it is left up to the player to fill in. Like The Wire (Oh here I go, comparing a video game to The Wire. This article is officially pretentious.) Like The Wire, characters discuss places and events and technology with no ear for the uninitiated, namely: the player. In Halo, the player is The Master Chief, the baddest ass that ever assed, so it makes sense that he would know who The Covenant are and why they’re bad. What works about Halo‘s storytelling, and I’m speaking mostly of the first one but really all five mainline Bungie titles fit this, is the protagonist just doesn’t really care about anything other than their mission. Especially in Halo: CE, the details of why the Chief is doing what he’s doing are irrelevant: His job is to stop The Covenant at any cost. In this way, the Master Chief is the perfect player character for a video game. The mysteries of the universe are there for the characters and players who go looking, but they are just as easily skippable by those who just want to get to the shooting.

Destiny‘s protagonist is almost an audience surrogate. You awaken after being dead for hundreds of years (in a process that, as far as I know, is never explained) to find the world has changed and aliens and blah blah blah but you always get the impression that your character knows a lot more than you, the player, does. Your character has been dead for hundreds of years but that still gives her a leg-up over you, the player, who’s stuck way back in pre-Golden Age 21st century western civilization. The effect is of being guided through a city you’ve never been through by a friend who’s lived there for years and is bored by the uniqueness of it. There’s all this richness underneath the surface of Destiny but you really have to go looking for it. Literally. In a phone app encyclopedia that unlocks as you make progress in the game.

It’s a boardroom solution to the exposition problem and it never works. I’ve been playing Destiny since it came out and I can only describe each of the three alien races you fight by referencing other alien races. The Fallen are like The Dredge from Titan A.E. mixed with the Kazon from Voyager, The Hive are space-Cthulu, The Cabal are like the Space Marines from Warhammer 40k, and The Vex are the Cylons and are so generic I actually forgot about them until my second draft.

This isn’t a bad thing, necessarily, and the writers have gotten better at creating relatable characters with clear motivations, especially in the most recent expansion The Taken King. At the very beginning of that expansion you see your ship, which you found somewhere in your journey, arrive at a new location and drop your character, decked out in all the gear you’ve found, and the effect is very strong: here’s our hero set off on a new adventure.

It’s the in-between stuff that is weak- the patrols and the daily missions and the multiplayer. The connective tissue that is supposed to create this living world that always continues but only serves to highlight the weaknesses of the construct. Instead of a blockbuster film series with big budget sequels that come out every few years, you get the video game equivalent of The Walking Dead where major events are saved for season premieres and finales and every episode in between is treading water or table setting.

When this game works, it is atmospheric and hip and visceral and fun. But the illusion of depth, the lie of unlimited possibility, is where the seams start to show. For a game set in space, Destiny is very uncomfortable with the vastness between worlds.