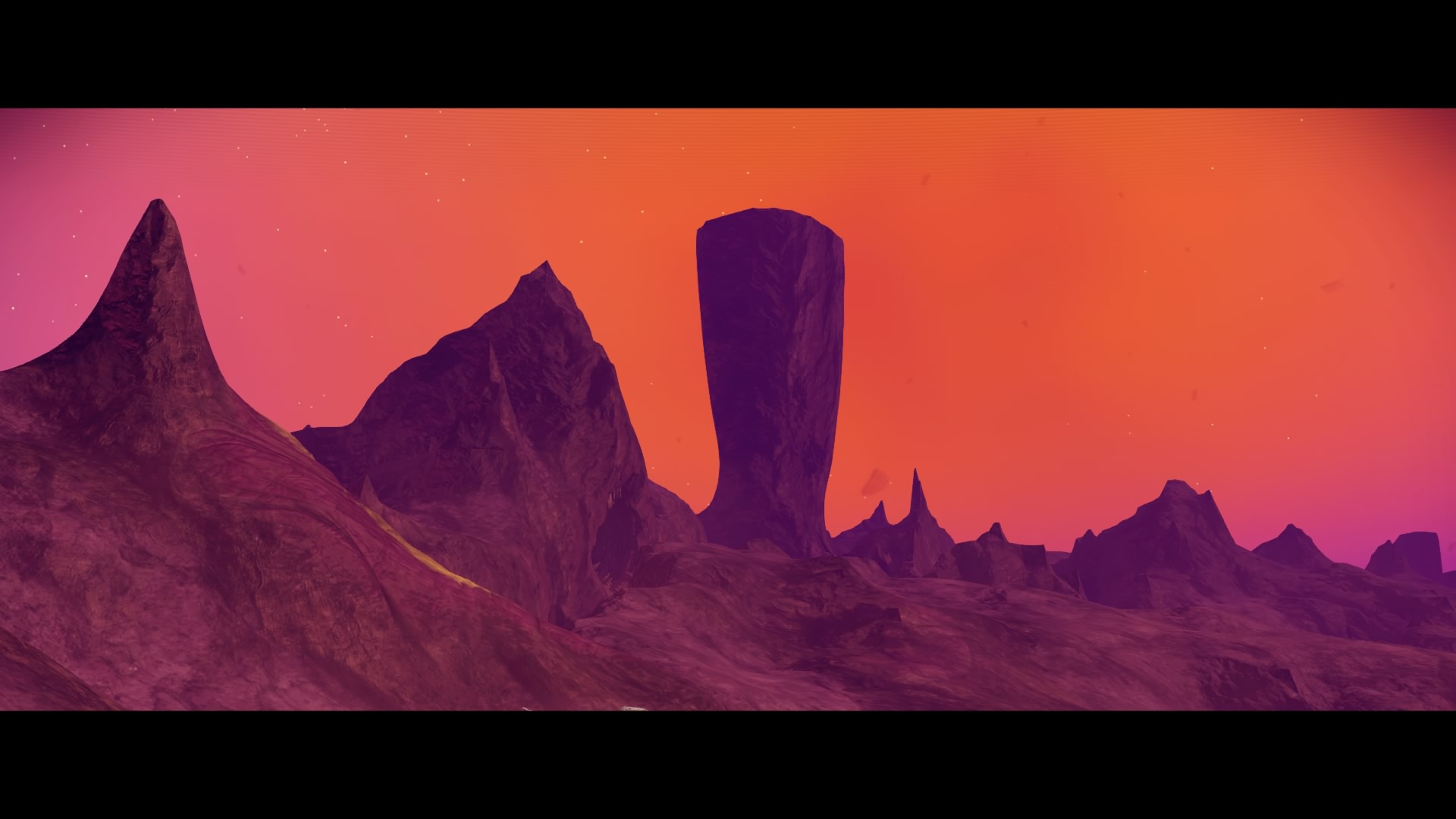 So much space in my life right now…

No Man’s Sky
Since I spent so much time last week discussing the hoopla around the release of No Man’s Sky, I thought I should actually take some time to discuss it as an experience separate from the discussion. I’ve now invested around 10 hours into the game and, while I admit it is starting to feel a bit same-y, I only feel that way when I start to ‘see the grid’ as it were.

You know in The Matrix, when Neo ‘dies’ and comes back to life and suddenly he’s The One and can see the code everywhere? I feel that way sometimes when I play video games. My knowledge of mechanics and development bleeds past the illusion and I can see the numbers and the intension behind every design decision. Usually this happens when I get bored but my childlike compulsion to keep playing video games, because I have the time to, forces me to continue even though I’m not enjoying myself anymore. I have to force my brain to let the veneer shine on, to let the thoughts of the creators fade back into the background. This is also what happens when I try to ‘beat’ a video game, ‘beat’ being an arcane word from a time when video games were linear and had endings and high scores. Something as open-ended as No Man’s Sky doesn’t fit into that model, I’d argue many modern games don’t. You can’t ever ‘win’ even at something as simple as Call of Duty because the campaign has different difficulty levels and zombies and multiplayer etc. Games are designed this way and we even expect it, length is often the most important value proposition, even when the quality of that length is suspect.

I said I wouldn’t discuss the discussion of NMS and I just did, didn’t I? Fuck me.

I have now charted six star systems. I make sure to visit every planet at least once. I’m following The Path of the Atlas, one of three options you’re given right at the beginning of the game which you can focus on or ignore at your leisure, which gives me just enough of an impetus to keep moving forward. When I first arrive at a system I land at the local space station and check to see what commodity is selling high in that system. NMS’s economy is simple, it reminds me a lot of Freelancer, in that there are many places to trade commodities and resources but the prices don’t fluctuate within the source. Most of the time there will be one or more items with stars next to them, indicating they are being bought at a much higher percentage than the average (Usually more than 90%). I’ll focus on gathering these over the course of my explorations (I actually write them down in a notebook) but I don’t sweat it too much. Then I fly to a planet, marking locations and scanning weird animals until I get bored, then I head to the space station, sell all my shit, and head somewhere else. The greatest feeling of freedom is the knowledge that every planet or moon is unique and there are billions out there for you to see. Sometimes I enjoy the struggle of a frozen wasteland with temperatures that drop below -90 degrees at night and require me to upgrade my suit to survive, other times I want to wander a lush jungle world, swim in the verdant oceans, and explore ancient ruins for new words that allow me to communicate with one of the three alien races scattered around the universe.

When I focus too much on making money, or crafting upgrades, that’s when I get frustrated. There’s no easy way to track commodities and no way to know what planet will have what resources on it without the old Mark One Eyeball. I spent way too long trying to find copper earlier this week and when I finally gave up and focused on just enjoying the experience, I had a lot more fun (and also eventually found a planet with tons of copper). It’s the ‘beating’ of the game that creates problems. Trying to make money so I can upgrade my ship so I can win faster: that sucks. Taking my time, exploring, walking around, enjoying the ‘Rick and Morty-ness’ as Danny Pagett puts it: that’s the magic.

Which brings me nicely to…

I’ve hit a weird ceiling with STO that I feel is a common symptom of MMOs. My main character is level 55, the level cap is 60, so I’m right in the middle of the ‘late game.’ MMOs are so weird, they have rules that other games don’t have, in the way they try to extend the experience beyond the initial content. STO in particular, structured as it is like a television show, has released three additional ‘seasons’ that take place after the core story is finished. This should be great, it’s the continuing voyages of your Captain and ship and crew, but the MMO-ness of STO gets in the way. In a nutshell, because I haven’t don’t any of the grinding and crafting to keep my ship in the optimal configuration needed for the high-level PVP and PVE, the new story missions are kicking my ass. I’ve found that I need to have way better equipment coming into these missions than I do and it’s basically brought my main character to a halt. My alternate, who is only level 16, is working to correct those mistakes so that she’s better prepared for the late game by investing in the game’s crafting system. I’ve justified my ship making its own weapons and systems as similar to how Geordie and Data were always tinkering with the Enterprise and making modifications, but it’s a bummer that I have to worry about that. This kind of grinding should be optional. I think Destiny does it right: when a new expansion comes out you can go into it with your current gear, but the new stuff you pick up in the new missions is always better. The game allows you to go away and check in when there’s actually something to check out.