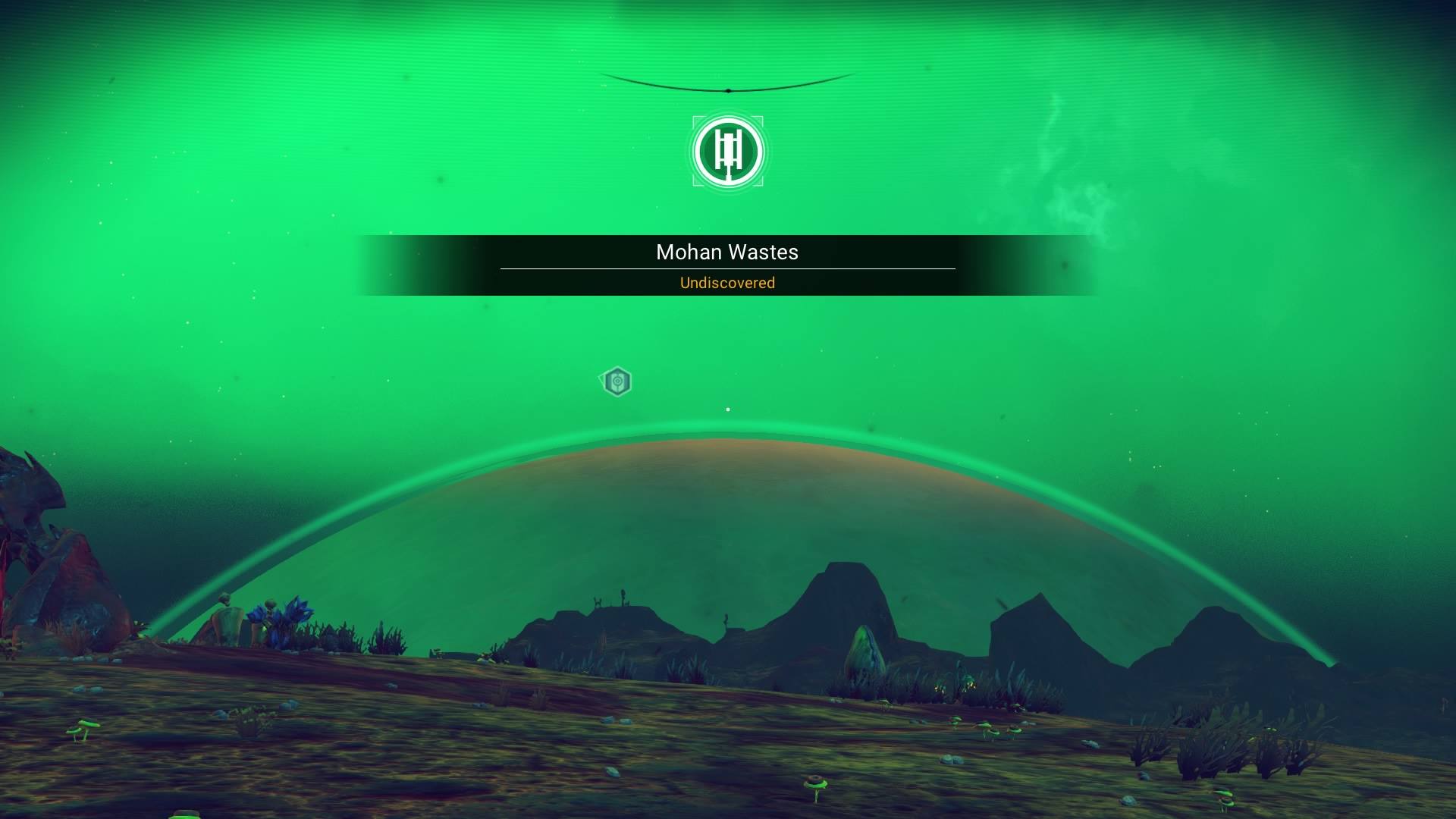 A busy week and a major release means I’ve only got one game to talk about this time but it’s a big one:

No Man’s Sky
Every time I go to the States, I’m shocked at how prevalent their video game marketing is. In Canada, we get the odd billboard or massive title that warrants bus ads but, for the most part, video game hype stays on the Internet. I guess that’s why I’ve been pretty baffled by the negative press NMS is getting and it’s gotten me thinking a lot about expectations in art.

I’ve made it a goal of my thirties to care a lot more about things I worked on and a lot less about things I didn’t. Working yourself into a froth about a product that you had nothing to do with producing is a cornerstone of the nerd personality, and more and more that kind of loyalty has been manufactured by the publishers of larger titles. I’ve always been outside most of the big THIS vs THIS arguments of my lifetime: I had a PC growing up so the Nintendo/Sega argument meant nothing to me, I am a fan of both Star Trek and Star Wars, but anyone who thinks Family Guy is better than The Simpsons is a base human unworthy of pity. While I don’t think Sony has directly marketed NMS as a direct answer to another product, most major titles are released with the expectation that this game is the be-all-end-all of video games, the new standard to which others will be judged, and I can’t believe that was the intention of developer Hello Games.

I always balk at the use of the word ‘disappointed’ in a review. To me, it means the product did not meet the experiencer’s expectations but I don’t think it’s the job of the creator to anticipate or attempt to meet those expectations. How could you? Especially a major release that will be consumed by thousands, maybe millions, of people all over the world. That’s how we end up with the Ubisoft Playground style of open world games: shallow, glitzy games with tightly scripted trailers and downgraded final products stuffed with bullshit busy work that detracts from the experience in an effort to meet the expectations of the fans, the industry, the press, and the publisher.

It’s systemic of our culture to get excited about art. It is the full time job of so very many people to work us into that aforementioned froth about… whatever. A movie, a video game, a phone, a shoe. The expectation becomes so much a part of our opinion that it conquers that opinion, until what we’re told about something becomes what we believe about it, and when that opinion is challenged, whether by someone else or by our experience with the final product, the knee-jerk reaction is anger. This can get really ugly when our identity is wrapped up in a corporate product, as has become the case with geek culture since the early 2000s. That’s how we arrive at fans of DC Comics attempting to sue Rotten Tomatoes because reviews of Suicide Squad are (deservedly) terrible. This is especially egregious when the expectations were created by the fans themselves and not by the developer/publisher media pipeline; when people on Reddit dream about the kind of product something could be then feel betrayed when the product they receive doesn’t conform to their individual dream.

Now I don’t think anyone will DoS Sony or Hello Games for what No Man’s Sky ended up being, which, as far as I’m concerned, is exactly what they said it would be: a living math equation expressed in a weird, colourful, near-infinite space exploration game. The E3 trailer they released in 2014 is remarkably similar to the game sitting in my PS4 right now. It’s a bit more of a survival game than I was expecting, more The Long Dark than Minecraft, but it’s basically a more accessible Elite: Dangerous bolted on top of Subnautica with the art style of Spore and a cataloguing system similar to Pokemon: Snap and not only did that sound cool two years ago it still sounds cool today and it is cool and it WORKS and you can go play it right now! The first day this game came out I pointed my spaceship at a planet, flew right into the atmosphere and landed on the surface of that planet with no loading screens, hopped out of the cockpit, found an animal that had the body of a leopard and the head of a triceratops, named that animal ‘420BlazeIt’ and uploaded the thing to the internet for the world to see.

We’ve been dreaming about games that let you do this for decades. They’re here now. They’ll get better. No Man’s Sky will get better: it’ll be patched and upgraded and iterated on until it, likely, gets a full sequel in a year or two. For my part, it’s exactly what I was expecting, a little more; the survival aspects of the game are a much bigger part of it and hit at a good time for me, having been pretty obsessed with The Long Dark for a few weeks, and the sheer scale and aimlessness of it is so very exciting. The aimlessness has actually been overblown because I’ve never felt I’ve got nothing to do. The game has a mystery to solve and a path to follow, but the steps are set further away than usual.

It was while I was trying to figure out how to effectively farm a particular resource that I realised the game NMS most reminds me of and, of course, it’s Goddamned Dark Souls! It’s huge, intimidating, obtuse, and terribly addictive. It’s also beautiful, weird, exhilarating, and mysterious. I can’t stop thinking about it.