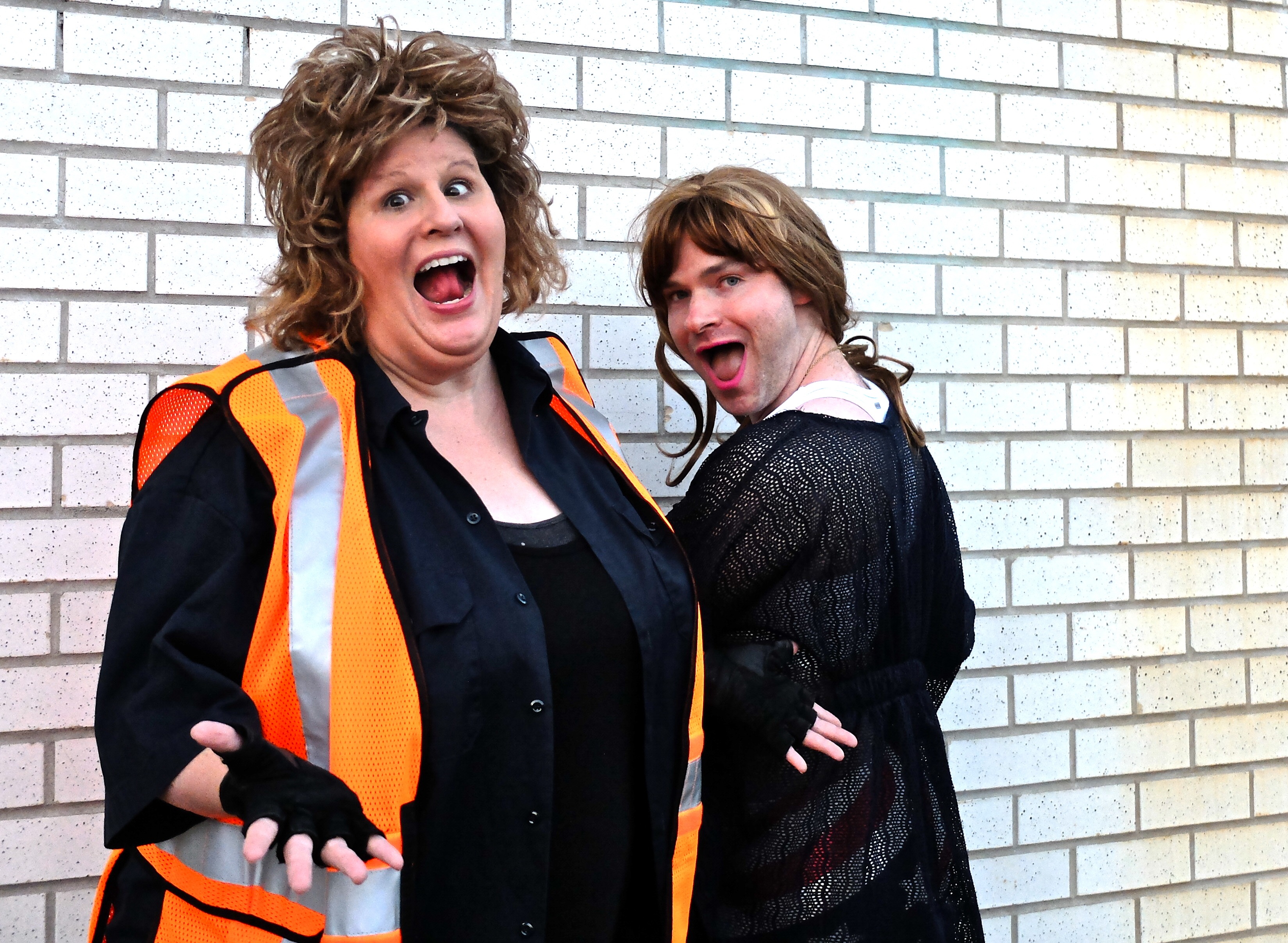 August in New York City can only mean one thing: it is Fringe festival time. Each year for two weeks in August, the Fringe takes over a vast array of cozy theatre venues throughout Manhattan to showcase new and established talent and unique theatrical story-telling ventures. Unfortunately, between travel and work obligations this summer, I have not had an opportunity to take in many of the Fringe productions; however, I broke my avant-garde theatre draught this past weekend with a viewing of Andrea Alton and Allen Warnock’s newest experiment in comedic insanity with a theatrical twist, A Microwaved Burrito Filled With E. coli. Much like Alton and Warnock’s previous collaborations, A Microwaved Burrito unfolds like a prolonged Saturday Night Live sketch – light on substance and heavy on idiosyncratic characterization deployed in an effort to lure chuckles from the audience. And, not unlike SNL, A Microwaved Burrito successfully induces bouts of hysterical laughter about seventy percent of the time, due, in large part, to Alton and Warnock’s playfully boisterous behavior and unmitigated willingness to do just about anything for a guffaw or giggle. It is the sort of small-scale production that I have grown to appreciate about Fringe – a heavy does of frivolity featuring capable performers.

Set in a Mexican restaurant with questionable food preparation standards and illegal hiring practices, A Microwaved Burrito introduces Molly “Equality” Dykeman, who has been tossed out of a lesbian wedding in the backroom, to Angie Louise Angelone, a self-proclaimed pre-op “Q” in the LGBTQ spectrum who just arrived in NYC after fleeing the oppressive behavior of her small hometown in Kentucky. Molly’s self-aggrandizing displays of machismo and the random thoughts spilling from her heavily-medicated lips are punctuated by (fast-fleeting) moments of clarity and kindness towards the doe-eyed, New York newcomer Angie. Molly and Angie could not be more different, yet the pair bonds over their exclusion from the social circles that they would otherwise depend upon. But mostly, the plot is a ludicrous series of exchanges and observations about life courtesy of two bizarre individuals that could only be found in New York City.

With respect to the cast, Alton and Warnock riff well off of one-another, embracing a no-holds bar approach to their comedic shtick and feeding off the audience’s reactions. However, they also know when to advance the plot, improvising as needed to re-ground the show when they stray a bit too far from plausible reality (which is often). Given their apparent willingness to move off script in search of a smile or bonus laugh, it is unsurprising that both Alton and Warnock have honed their comedic skills at local comedy and improv venues throughout the city. Although A Microwaved Burrito runs just a bit too long for a show lacking in substantive content and it occasionally suffers from Alton and Warnock’s carpet-bomb approach to story-telling (giving the audience plot-induced whiplash as they jump from punchline to punchline), there are enough sharply written jokes, moments of impeccable comedic delivery and even a few deeper thoughts peppered throughout A Microwaved Burrito to transform this lighthearted fare into giggle-worthy entertainment.