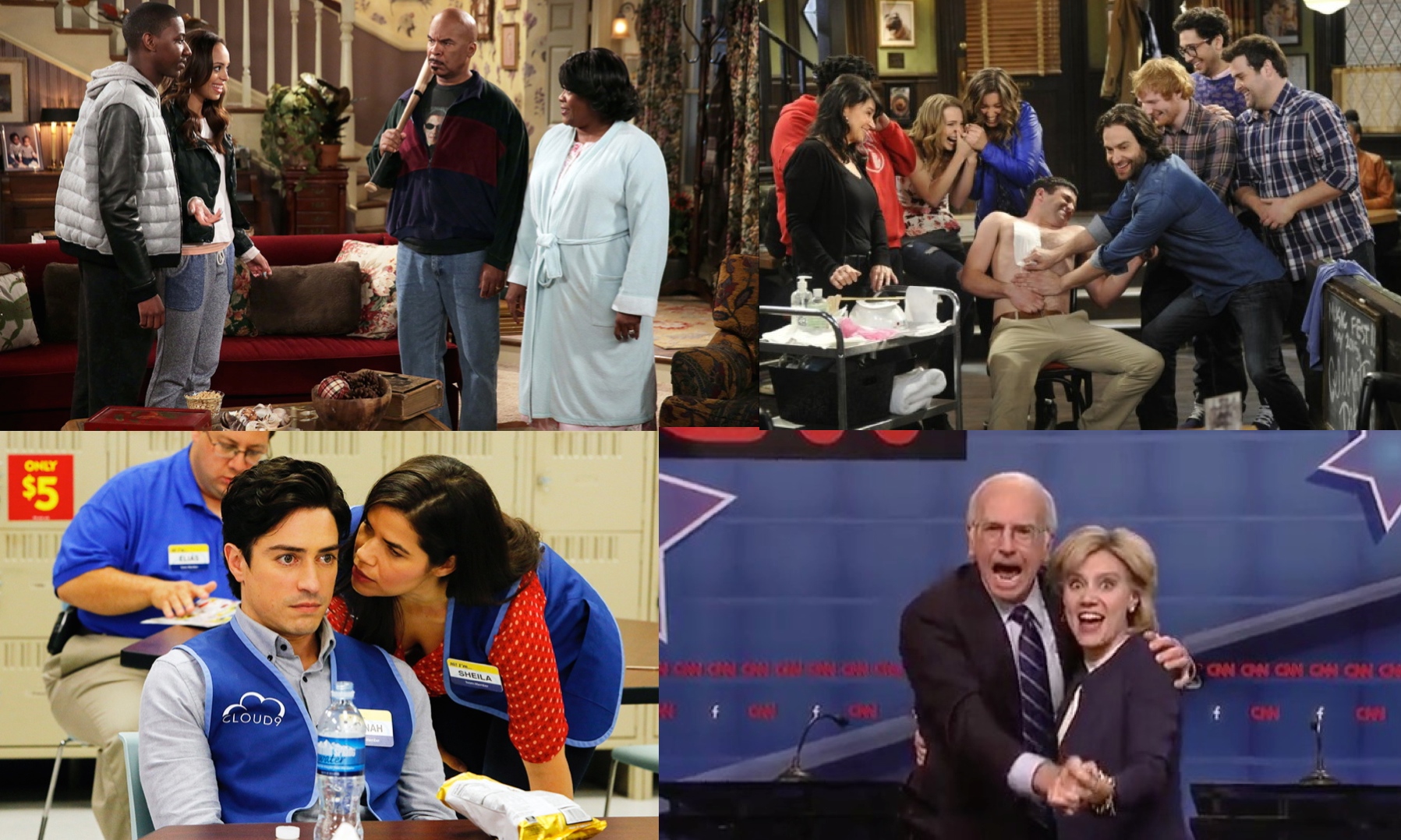 What We Watched: NBC

The short answer is no. If you only watch Game of Thrones and obscure auteur limited series, there is simply nothing for you that doesn’t require a paid subscription or questionable streaming ethics. But if you work hard all week and just need a 20-minute easy laugher with a big ole heart, the networks have you covered. NBC, CBS, ABC and FOX are still the best game in town for reliable laughs with no horse sex or Anne Frank jokes (here’s lookin’ at you, HBO Sundays).But who’s the MVP network and who can’t program a great modern comedy to save their lives? The answers are clear.

Here’s what I watched on NBC this year and how they did:

The Carmichael Show (season three ordered but not yet scheduled)
This modern-day All In the Family from standup upstart Jerrod Carmichael can be a little tiresome (Eat your vegetables! Gentrification is bad!) but last night’s season finale was the best the show has ever been and that obviously bodes well for the future. Co-written by Carmichael and Nicholas Stoller, the politically themed episode titled “President Trump” was the series’ first laugh-out-loud instalment (guffaws a plenty, no less) as well as a perfect showcase for both the show’s most loveable (David Alan Grier as patriarch Joe) and most obnoxious (Amber Stevens West as nouveau-Meathead Maxine) characters, proving that the latter quality is in fact purposeful critical writing and not just a casting flaw. The Carmichael Show is fine, it’s good, it’s getting better, and NBC seems determined to be patient with it, responding to low ratings with 13-episode season orders and mid-season placements with low ratings expectations instead of cancellation. My optimistic side is determined to believe this suggests an important shift for the network; my pessimistic side sees no season four.

Superstore (season two premiering this fall)
I enjoyed this newschool Office with its charming cast and Better Off Ted-like evil corporate overlords (though it’s certainly no Office, or Better Off Ted). Its surprising second season pickup could mean good things for the once-legendary, now-deceased NBC comedy slate (Superstore is currently the only returning comedy on the fall schedule, 1 of 2 comedies in total) though I’ll never be fully on board until Mark McKinney dials it down like 18 notches as the wacky boss. Lauren Ash in the Dwight role, however, is divine.

Undateable LIVE (cancelled)
Speaking of NBC’s deceased comedy slate, the network finally axed the lone survivor from the now-distant-seeming days when NBC was home to some of the greatest comedies in modern TV history (I miss Parks & Rec and Community so much it’s hard to fathom they haven’t been gone that long). A spring/summer show that was lucky to get the three seasons that it did, Undateable was never actually part of that legendary Thursday block but it did technically premiere before everything ended for NBC comedy and I’m unconvinced that killing it was the right call. Mediocre writing always plagued Undateable but the stand-up comedian cast was incredibly winning and the bold move to make the show live for all of season three really let them shine. Undateable was home to my favourite subplot of the year (the Leslie/Burski romance) and the live shows led to some truly memorable TV moments. I can’t compute how NBC couldn’t find space for a cheap show to take up a tiny spot on Fridays and live just a little bit longer but it’s been a very long time since much over at NBC has made any sense to me at all. RIP, Black Eyes Crew, you were totally dateable in my eyes.

Bonus Non-Sitcom:
Saturday Night Live (will never die)
The Donald Trump episode was depressing for every reason imaginable (it was like the network brass had a gun to the cast’s backs the entire time) but there were a ton of great hosts this year, including those everyone knew would be great (Amy & Tina, Melissa McCarthy, Amy Schumer), a few more surprising gems (the Adam Driver episode was one of my favourites in ages; Ariana Grande was kind of fantastic) and the emotional return of Tracy Morgan. The current roster of political impressions is on-point (Larry David as Bernie is gold) and every week I find more to love about the unpopular Weekend Update anchors (you cannot tell me Leslie Jones hitting on Colin Jost isn’t the greatest recurring gag on TV). The cast right now is both incredibly strong and refreshingly diverse with very few weak links (basically just Kenan Thompson, always Kenan Thompson). There’s a reason NBC will never cancel SNL, it’s the only comedy they can rely on.

So, yeah, NBC failed the 2015/16 season, unless you’re like really into Chicago.