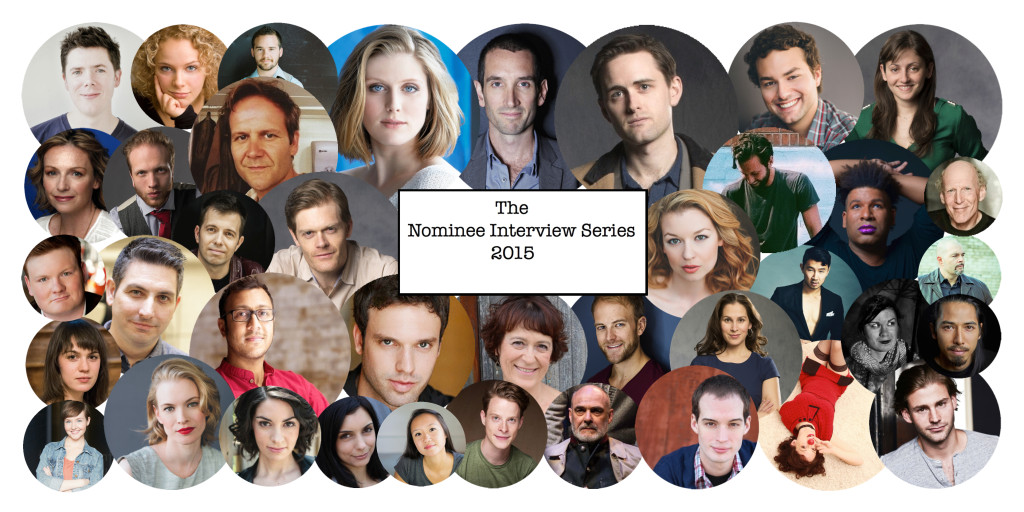 The most-nominated single artist in this year’s awards season, Hilary McCormack dazzled as Desdemona in Ale House Theatre’s Othello (and earned an Outstanding Actress nod) then ran full throttle into the Fringe Festival bringing with her an Outstanding New Work she both wrote and performed in (Hanger) while simultaneously earning an Outstanding Supporting Actress nomination for her awesomely strong Olivia in Ale House’s Twelfe Night.

Can you remember your first experience with theatre?
When I was really young my family would put on full blown plays for my Uncle Chuck’s birthday. My cousin Jessie and I would always play our moms and the plot usually centred around us getting captured and then rescued…I think…I actually can’t be sure exactly, but I remember making many entrances and exits with a big ‘W’ written on my face in black sharpie, singing back up vocals and a lot of toilet paper so… I was pretty pumped on the idea of becoming an actor.

What writers & performers have always inspired you?
Joseph Boyden is one of my favourite novelists. One of my favourite short stories that I read in high school was by Earnest Hemingway, Hills Like White Elephants, and I think that has had a major influence on how I write. When it comes to performers I have always been drawn to English actors. I spent a summer in England studying theatre and saw so many amazing performances I can’t even begin to explain the energy I felt. But the one actor I cannot keep my eyes off of is Emma Thompson. She makes me want to push myself to be great. Also! One of my favourite actors in Toronto is Stephanie Belding, I would love to be able to work with her in the future.

What was the first thing you ever wrote?
I have this black book that I got when I was 12 and still write in it. The book is full of poems and songs and ideas for scripts. If I looked in the early pages of that I think I would find some…interesting stuff. But Hanger was the first full play I ever wrote and will keep probably working on it forever. I actually just figured out a new ending for it today. 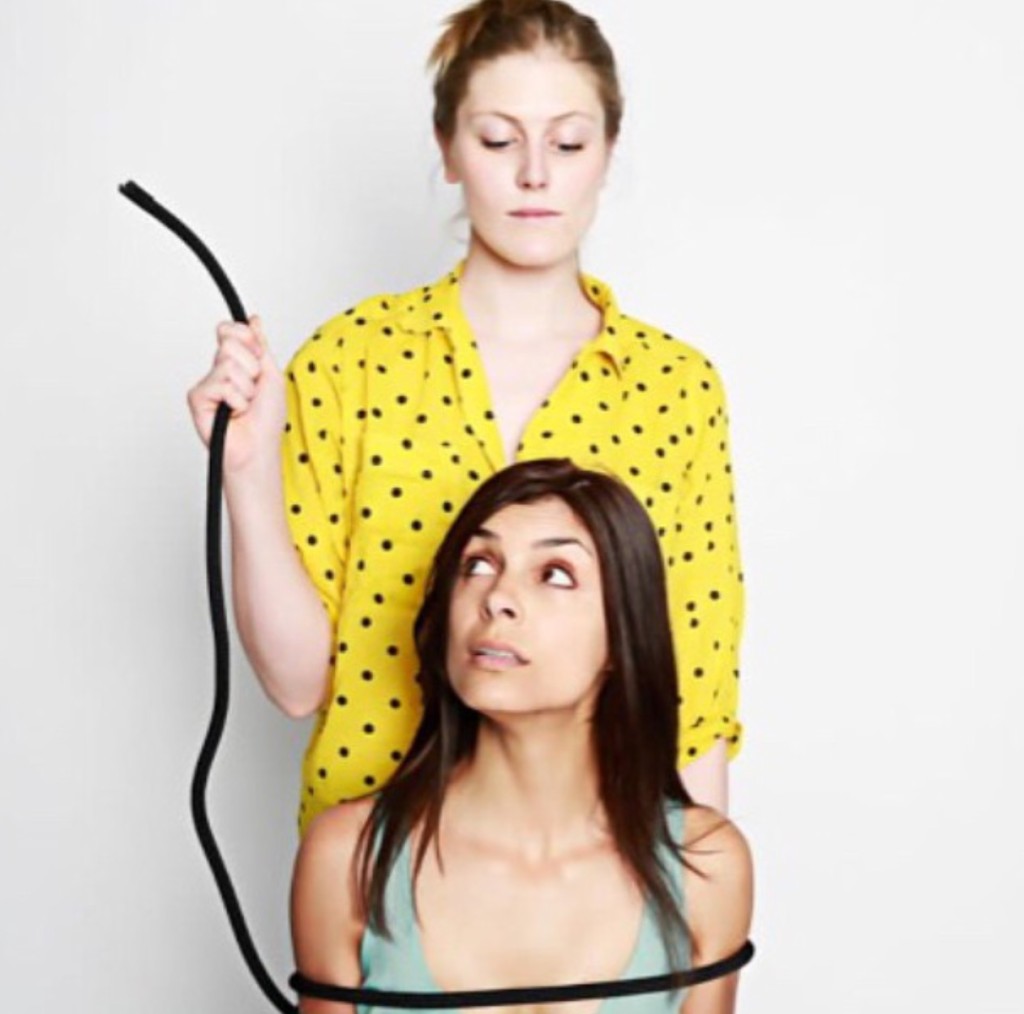 Tell us more about Hanger. How did the idea develop?
Hanger is a dark comedy about two sisters, Kat and Liz. It deals with their relationship with each other and mental illness. I started writing the play when I was in fourth year at Ryerson Theatre School and I actually didn’t know what it was going to be about. I started with the line “5…4…3…2…1” and then it took shape from there.

Did you go through a lot of drafts? How did the play change through the development process?
Many drafts would be an understatement. I wasn’t very sacred with my writing and sometimes I would delete multiple pages and start over. I workshopped the play in 4th year and I wasn’t satisfied with the second half of the play it wasn’t really my style and so I put it away for about two years. When I picked it up again the only thing I kept were the circumstances and a couple moments that I liked from the old script.

Your play deals with heavy subject matter. What sort of research went into capturing the harsh realities of mental illness?
Well for those two years before I worked on the script again I was constantly thinking about the play and these two sisters. I’ve always been really interested in mental illness and with these two characters I wanted to explore it more. I read a lot of articles, read books, talked to people about it, watched movies, and spent a lot of time watching Ted talks. All of this though happened before I had even decided to pick up Hanger again so it greatly influenced the story I told. While writing, It was important to me to get the facts and the terminology correct but I also wanted to highlight the inappropriate use of language and handling of mental illness.

What’s your writing process like? Do you plot and plan or just start at page one and work through?
I think about it for a long time before I put anything down. I’ll write down notes if I think of something that I don’t want to forget and then eventually I will just start writing. As far as the actual writing process, I have an idea of where I want the play to go and then I like to start writing and see what happens. I also find myself speaking both characters’ dialogue out loud and have been caught yelling at my computer while aggressively typing many times.

How do you approach casting your work? Did you always want to play Liz? How did Tennille Read, who co-starred in the Fringe production, fit in with your initial conception of Kat?
Originally I played Kat and always saw myself playing Kat but when I reworked the script it made sense to cast someone who was older. The sisters are technically only a year apart but I wanted the ages that were cast to be farther apart to support the story. When it came to casting Tennille it was such a great moment. Joshua Stodart (the director) was working at a bar and I was sitting there having a drink going over possible options for casting Kat and then Tennille’s name popped into my head, I had seen her in Kat Sandler’s Delicacy, and we were both like YES! … It was magical, it just made complete sense. Then a deep anxiety and panic flushed over me, my hands were legitimately shaking, thinking that she wouldn’t want to do it. I believe I sent her a message in that moment and told her I would send her the script for her to read and luckily she said yes and the rest is history.

How do you switch hats from writer to performer while working on the same piece? Did you continue to tweak the script throughout rehearsals? How difficult is it to pass off control of something you’ve written to a director?
It was incredibly hard to switch hats, especially because I was also producing, thinking about the set, and doing media for the show. So of course it was a bit rocky at times juggling all those things but Tennille and Joshua were so supportive and made it that much easier. I did tweak the script early on but eventually I had to stop and let myself be an Actor. I think I am really lucky to have Joshua as the director of the play because he has been with Hanger as long as I have and we were both very much on the same wave length.

Tennille is nominated for Outstanding Actress for Hanger. Tell us a bit more about working with her.
Tennille was one of the most amazing actors that I have ever worked with from a writing and acting standpoint. I gave her an incredibly hard character to play, in my opinion, that demanded a lot of her and she was really brave. I can’t wait to get in the ring with her again. I am overjoyed that she is up for outstanding actor for her work in Hanger as Kat and I really think she deserves it all.

You’re our most-nominated artist this year with two acting nominations (Outstanding Actress in Othello and Outstanding Supporting Actress in Twelfe Night) in addition to Outstanding New Work. Tell us about your work with Ale House Theatre and their original practices mandate.
I love working with Ale House and I have done four shows with them now. What Joshua does with his direction is makes it very character driven and I really like that. It really is all about the people we are playing and the things they do to each other and the audience.

Both Desdemona and Olivia are often played as vain victims but your versions were tough, funny women. Why do you think they’re so often underestimated?
I’m not sure why they are. I like to make the people I play fully realized human beings, as women are, and not limit them to an idea of how it should be done or how they may have been viewed before. When we say we want to see more strong woman on stage, we mean woman who are strong in their humanity, real woman.

Your co-stars Peyton LeBarr (Twelfe Night) and Tayves Fiddis (Othello) are also nominated. Tell us about working with them.
I have been working with Tayves for a long time. He has been with Ale House from the beginning and has always been a vital part of the company. Peyton was one of the cast members who was not in the original production of Twelfe Night but she fit in so well. She is a great acting parter and so much fun to be around. I hope to continue to work with her. I am super excited about both of their nominations!

What are some of the roles in the Shakespeare canon you’re hoping to tackle next?
I’ve always wanted to play Constance from King John and revisit Isabella from Measure for Measure. I also think it would be a lot of fun to play Beatrice in Much Ado about Nothing.

Hanger, Twelfe Night and Othello were all directed by your frequent collaborator and real-life partner Joshua Stodart. What is it about his directorial style that really gels with your work both as an actor and a playwright?
I think that we both trust each other a lot when we work and we have been working together for a very long time. I can’t really describe how it is we work together I think it is something that has developed over a lot of time spent together. We also approach scripts very differently but I think that’s why it is so great to work with him. 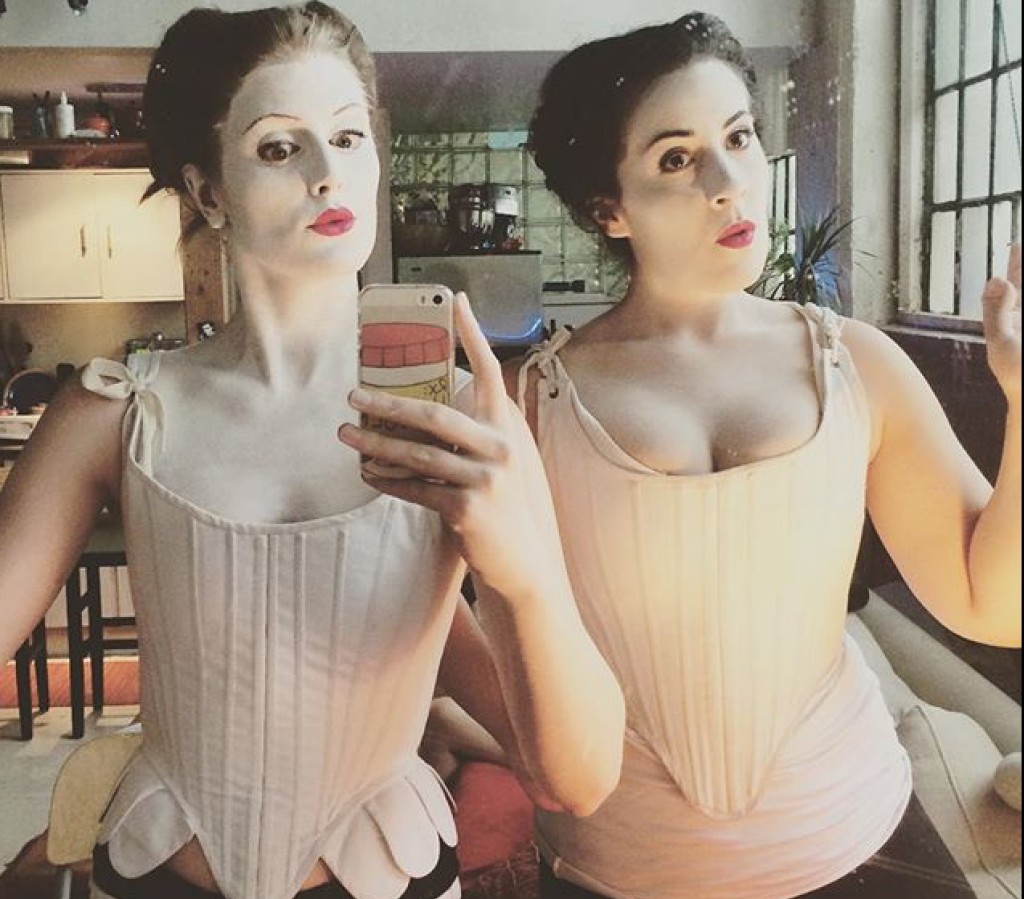 What were some of your favourite moments in all three productions?
I have so many! I was doing Hanger at the same time as I was doing Twelfe Night and I really loved the rush of having shows back to back. I would finish Hanger and meet Andrea Massoud (who played Maria in Twelfe Night) in the washrooms and we would quickly tease our hair, put it up, throw on all our makeup (which was also hilarious to get off) put on our corsets, and the we’d run upstairs, throw on the rest our costumes and help build the set and then it would be time for Twelfe Night. With Othello my brother Christopher McCormack built the set and that was really special to work that closely with him and share what I do.

What are you doing now/ what’s your next project?
Right now I am doing a couple things. I have written a new script CAKE which has some more drafts to go through but I plan to do something with it in the next two years. I continue to work and rework Hanger which I plan to produce again in the future. I will also be shooting a feature film in the fall that I am super excited about!

Do you have anything you’d like to add?
I would like to give a huge Thank you to Ed Hillier who was our life-saver for both Hanger and Twelfe Night. We really couldn’t have done it the way we did without him. I also want to shout out to Lin Lay who stepped in last minute to take over stage managing for Hanger. She is an unbelievably on-top-of-it stage manager and everyone should work with her. Lastly, I want to thank the MyTheatre Awards for these amazing nominations. They mean so much to me.