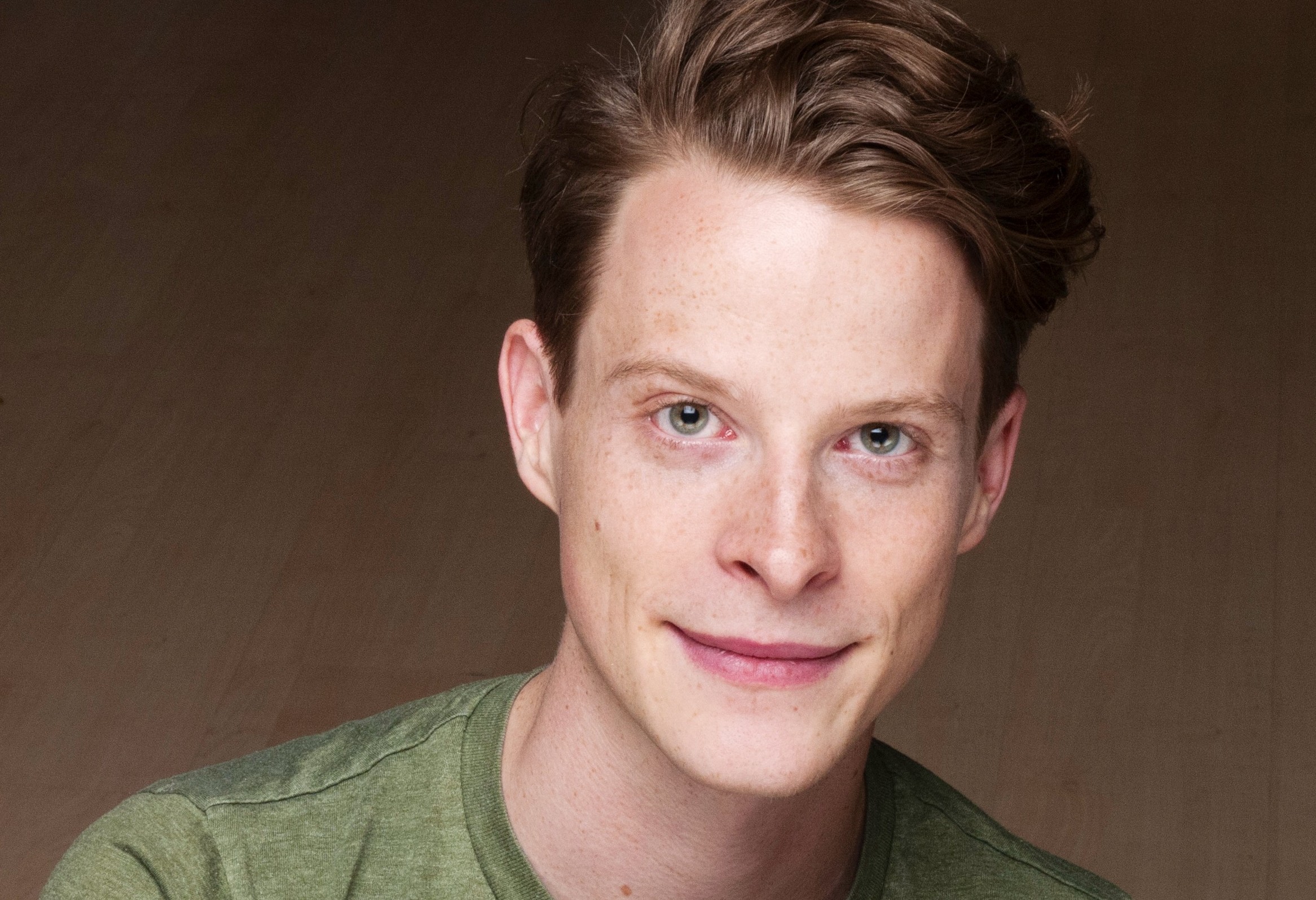 Because we try to limit multiple nominations for a single artist in any given category, prolific indie director/Ale House Theatre artistic director Joshua Stodart’s Outstanding Direction nod is for his work on Hilary McCormack’s challenging new play Hanger but it’s worth noting that his direction across three different productions resulted in more overall nominations than almost anyone else this season (including three Outstanding Actresses, Supporting Actress, Outstanding Actor and New Work).

Can you remember your first experience with theatre?
I said, “Let’s get Duffy!” in a school-wide production of Annie in kindergarten.

Do you have any dream projects?
I have a secret stack!

Which directors, writers and actors have had a major influence on you throughout your career?
Three local people who had the most influence on my directing would be Peter Wylde, Dean Gilmour, and Ian Watson. Peter for his faith in language, Dean for his pursuit of specificity, and Ian for his respect of actors.

What’s your favourite production you’ve ever worked on?
Probably Twelfe Night at the Fringe. It was great to do a remount, rehearsal was a riot and it was nice to work with some of the early Beefeaters again.

Would you consider yourself primarily an actor or director?
I go through phases. But whenever I’m doing one I can’t wait to get on doing the other.

How do you choose your projects?
I read a lot! I’m in Shakespeare every day and steadily working through a stack of other plays. I’m hunting for invigorating clashes of character.

When you first read Hanger, what were some of the first ideas you had for how to stage it?
I knew how important simple and natural staging would be to support the painful conflicts and unique poetry. From the first draft of the inaugural production, the script spoke for itself

Playwright Hilary McCormack played Liz in the production. How did having the playwright in the production affect the rehearsal process? Was the play still changing as you worked through it?
She was easy about small changes when rehearsal revealed a bump in the script. There was a point where the idea of Liz she had as a playwright clashed with what was needed in the production, which was a fun problem to work though! Outside of rehearsal, however, the script is always getting tweaked. In fact, not two hours ago, we were discussing an alternative ending! I’m looking forward to doing this production again soon. The recognition from these awards has certainly inspired more work on it!

Was Hilary always going to play Liz or was there a conversation about which sister she should play? How did Tennille Read come into the picture?
Hilary actually played Kat in the first production but we wanted someone older to play her going forward. That left Hilary with Liz, which I think was always a better role for her. Hilary thought of Tennille after weeks of conversation. I had seen her in Delicacy and I thought she would be great in the role.

The seamless transitions became a centerpiece of the production. How did that idea develop? Was that device difficult to put into practice?
The script kept the transition question open but I thought the ambiguity of our transitions was fun (frightening? sickening?) to watch. It was inspired by direct observation of people with mental illnesses like Kat’s. It’s a gradual and unnoticed slide out of control met by sudden clarity and doubt.

As far as implementing it: we had to have a clear story for Liz. When and why did she flip back and forth in between characters? Kat, like the audience, was just along for the ride.

Did you have any big ideas that you threw out during the rehearsal process or something that came in at the last minute?
Not so much big ideas, but there were big experiences I wanted include in this production. It’s common to see mentally ill people portrayed on stage and screen but I’ve never seen what I’ve observed first hand: the slow transition into madness — the accumulation of odd behaviours and obsessions leading to a point no return.

Tell us about working with your design team to develop the look of the show.
Well Hilary designed it actually! We had to make sure it could accommodate both the therapist’s office and the living room and that was negotiated in rehearsal. We also did our best to use the other side of the flats for the Twelfe Night show that was going on at the Fringe in the same space. Ed Hillier of The Empty Room was an awesome problem-solving partner on that build! Actually we gave Ed the title of production manager on both Fringe shows but Production Jesus would have been more accurate. We were truly saved.

Did you have a favourite moment in the production?
Every time the audience realizes we’re back in the office for sure. I also like when Liz floats through the wall near the end.

Four performers earned five nominations in the acting categories this year for productions you directed (tied with Eda Holmes for the most of any director):

Tell us about working with each of them.
Sure thing!

Hilary is a natural. She’s the sort of actor that can take a note gracefully and elevate her performance in an instant. I can throw anything at her and she makes it seem effortless. Funny enough, out of all the great actors I work with, I probably understand her process the least. Go figure!

Peyton was an absolute gem to have in rehearsal. She was one of the newbies on our remount and she brought in so much ease and play. I actually found her through Othello auditions and knew I’d give her a role as soon as I could.

Tayves has been with me since Ale House’s first show. I don’t know why he’s stuck around for so long but his gentle and thoughtful approach to all the work we’ve done is invaluable. It was at a meeting over drinks – intended to get him more involved in the company – where I told him my obsession with the play and he suggested he play Iago. “But who would believe a guy like you would… Ohhhhh. Perfect” I thought.

To say Tennille was fearless would discredit the incredible demands of the role. The whopper of the tell-off monologue Hilary wrote near the end could easily come off as false without a huge accumulation of psychological damage up to that point. Tennille was relentless in her pursuit of this role. It was taxing to rehearse, perform, and watch. Heroic is the proper word to describe her success in giving a voice to the mentally tormented.

Your company Ale House Theatre does original practices Shakespeare. Explain exactly what that is and why that style works for you.
I’ve grown to regret ever using the term to describe our work. I’d prefer to go with “natural lighting productions” or “actor-driven story telling”. Original practices can be described as practicing theatre using the technology, design, and perspectives of Shakespeare’s own day. The claim that it brings us closer to Shakespeare’s original intentions is misleading and is (hopefully) only used in media and marketing to sell tickets and clicks and not by practitioners.

Rather than guess what Shakespeare intended, my efforts have been to get the actors to work and think from a time BEFORE 400 (sometimes awful) years of Shakespearean theatrical traditions. Once you have actors who understand the way language worked and the context it was in, you can begin to make some truly novel discoveries and choices. It’s why Ale House productions often surprise me with so many funny moments for example. We find them there when everyone else has decided that they don’t – can’t even!- exist in tragedies.

What’s your favourite play in Shakespeare’s canon and why?
Othello. The world of the play besides Iago is almost a fairytale: love triumphs over crotchety old men, people are chosen on merit, the gods drown the enemies, people are given to celebration and revelry. And so it feels excitingly slimy to be inside the mind of Iago and watch how he is misinterpreted by everyone else. I’m looking forward to taking another go at it in a few decades.

What are you doing now/ what’s your next project?
I’m in the middle of an acting streak right now. I just returned from Thunder Bay where I starred in The Book of Everything, right now I’m touring a remount of the Dora Award-losing production of The Money Tree, and right after that I’m heading to Saskatoon to be in a new play called BANG at Persephone Theatre.

Do you have anything you’d like to add?
Only that I’m grateful for the nomination and especially pleased that so many great artists have received recognition through these awards! Thanks for the questions and taking the time to run the My Theatre Awards!