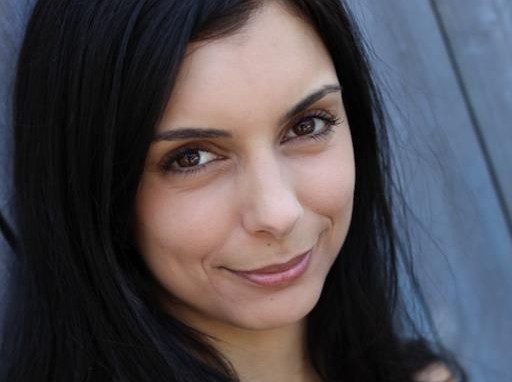 We talked to the Outstanding Actress nominee about her favourite roles to date, the research that went into Hanger‘s complex discussion of mental illness, and finally passing the Bechdel test on stage.

Can you remember your first experience with theatre?
I played a Wise Man in my kindergarten Christmas pageant.

How did you develop your skills as an actor?
I went to George Brown Theatre School. It was a three year acting conservatory that challenged and stretched me in so many ways. It was probably the most intense learning environments that I have ever chosen to put myself into, and it set a solid foundation for me to build on. I continue to develop my skills as an actor with every new project I work on as well as through life experiences.

We’ve seen you many times on Toronto stages. What have been some of your favourite productions to be a part of?
I have worked on a handful of productions that are new works like Hanger and I have always found that process to be unique and exciting. I love the idea that I’m contributing to the creation of a new script. One production that stands out is Kat Sandler’s Delicacy (Theatre Brouhaha) that we happily mounted four times starting at Factory Theatre, then Summerworks 2014, The Wildside Festival in Montreal and at Queen’s University. Kat’s script was fast and relentless, and returning to my character on different occasions allowed me to bring new life experiences and growth to my character and the relationships in the play. It was a fresh approach each time, kind of like pushing the re-set button, but with a rich pulse of past experience living and breathing underneath it. Plus, everyone involved was so much fun and loveable. But I’ve been fortunate to work with great people across the board.

How did you get involved with Hanger?
Hilary thought of me for the part based on her seeing me in Delicacy. She simply had to describe the themes of the play to me and I was eager to be a part of it because of their importance and relevance.

Your character is dealing with grief and mental illness in a big way. Did you do much research to help capture the complexities of those experiences?
In a way, Kat (my character’s name is Kat) is avoiding grief by trying to save her sister (Liz) from suicide, even though Liz has already taken her own life. Kat is in denial that Liz is dead and this manifests in how she still ‘sees’ her sister and is obsessed with trying to save her. This delusion and obsession is furtive and delirious at times and the writing didn’t have breaks between when Kat was in reality and when she was in her own mind, something very close to how schizophrenia can play out. As seamless as these shifts were, every so often Kat would catch herself and it added layer upon layer to her confusion, desperation and paranoia. It was only too easy to observe the troubled people who are sadly at no shortage on the streets of Toronto. I don’t think I actually replicated any of their behaviors or interactions while playing Kat, but it certainly made me more compassionate toward them, and the play more immediate to me. I also read articles on schizophrenia and watched videos of children and adults being interviewed who suffer from this condition. At times it was too disturbing to watch. My heart goes out to people who are affected by it.

Tell us about working with Hilary McCormack who played your sister/therapist/mother/figment of your imagination. How did co-starring with the playwright influence the rehearsal process?
Hilary is really Wonder Woman in disguise. While we were rehearsing Hanger, she was not only wearing the hats as actor, writer and producer, but she was also performing in Twelfth Night as Olivia with her other theatre company’s (Ale House) production that was also in the Fringe Festival. I believe she was even fostering two cats at the same time too. But when we were rehearsing, you would never know that she had a flood of responsibilities waiting for her outside of the room. She was always in the moment and generously giving me a full character to play off of. In the early days of table work, Hilary made some adjustments to the script while hearing it out loud. There were small bits that she finessed for more clarity, and if I had questions about what was going on or about my character she sometimes gave me the insider’s view. But further along in rehearsal Hilary needed to disengage from her writer-self in order to apply 100% of herself as an actor, and so we all agreed that we had the ability to make the script work as it was, and everything we needed was in the room.

Joshua Stodart is nominated for Outstanding Direction for Hanger. What were some of the most interesting insights he brought to your character that influenced your performance?
I’m so glad Joshua was nominated for Outstanding Direction! I love working with him. He is so incredibly clear, and terrific at mining a script and making the most of moments. He shared his personal experience with us about people who are close to him who have suffered from mental illness. That kind of insight gave me a deeper understanding of what they go through and how it effects loved ones. I think that kind of understanding enabled me to explore those difficult parts of the spectrum that are so uncomfortable because they are so close to home, like the possibility of losing my sister, or losing my grip on reality, or being ignorant to another person’s suffering.

Did you have a favourite moment in the production?
The opening of the play was definitely my favourite part. Hilary had written Kat as this charmingly flawed and outrageous individual who just wants to impress her therapist by saying all the ‘right’ things, so she can go home. She is very funny and pathetic at the same time. I don’t usually get cast in comedies so it was a pleasure to play these zany moments while pieces of her were falling apart.

What are you working on now or next?
I’m in rehearsals for This Hotel by Alex Poch-Goldin with Talk Is Free Theatre. I have a double track that includes an ethereal French chambermaid, and a lonely seductress with asthma and eczema.

Do you have anything you’d like to add?
Hanger is the first play I’ve done that passes the Bechdel test if I can apply that to theatre. It was also the first two hander I’ve ever done between two women. I feel proud to be a part of this kind of work, and I’m very happy that we were all recognized with a nomination!